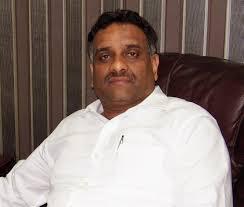 Ever since the government introduced the ‘historic’ Goods and Services Tax regime from July 2017, there have been announcements for revision of rates for several items by the GST council owing to pressure from public, traders and political spectrum. However, there are certain items which are still in the bracket of 18 per cent and 28 per cent, which, according to experts, will do no good for the government’s grand initiatives towards cashless economy and digitalization of all transaction activities. For example, most of the Point of Sale devices are still at higher rate of GST. While POS devices such as POS terminals, barcode scanners, barcode printers, mobile printers, receipt printers, etc are placed at 18 % slab, POS consumables such as paper rolls, ribbons and inks and also POS accessories such as pole display, cash drawers and magnetic stripe readers are still in the highest slab of 28%. The higher GST slab for POS products and accessories will discourage retail vendors to go for digital transformation, feels Bhaskar Venkatraman, the CEO and Managing Director of Millennium India, a pioneer in introducing POS machines to retail businesses in India. “The government’s digitalizBhaskar Venkatramanation move can bear the fruit only when all retail businesses, even in the remotest corner of India, automate their store by digitalizing their business operations moving out from the traditional and obsolete transaction methods. But the high GST slabs on various POS devices is a big discouragement for it. Hence, the GST Council should reduce the GST for all the POS items and accessories and also reduce the burden on importers by slashing the import duties, as majority of POS payment terminals, barcode printers, scanners and other supportive devices are being imported to India,” feels Bhaskar, who launched India’s first ecommerce portal ‘Justransact’ in 2014 exclusively for point of sale electronic items. Even the nominal bank transaction charges for card payment at Point of Sale are scaring away retail vendors to adopt card payment option. Some of them, who have installed POS payment devices at their shops, are simply passing this burden to customers. Post demonetization, cash still remains the major source of transaction even after one year of its implementation, though there has been phenomenal increase in card transactions. GST, which was intended to bring uniform tax regime, has so far not created the required impact among trading community as almost every week there have been some changes in its implementation or the rates. “It is too early to suggest the impact of GST on the businesses or the economy. For any major reforms, there will be issues which need to be addressed, and I think, the government is doing the right thing by revising the GST rates after getting feedbacks from various quarters. In the same line, 18 and 28 per cent GST for POS machines are too high to be absorbed by retail vendors. On the other hand, lower GST for POS devices will further trigger the growth of the Indian retail industry, which is currently the fastest among the Asian peers,” concludes Bhaskar.Justransact.com is an e-commerce version of Millennium Retech Ventures India Pvt. Ltd promoted by Millennium Group. Established in 2014 with the sole motive of providing reliable, affordable and sustainable Point of Sale Solutions to meet the ever-growing needs of Indian retailers irrespective of their size, stature and nature of business, our endeavour is to empower them with right technology and make them more competitive in the national and international business arena. Millennium Retech Ventures is backed by two decades of strong industry experience of the parent company Millennium Soft-Tech (India) Pvt. Ltd, which was established in 2002.Millennium Retech Ventures India Pvt. Ltd., G-19,2nd Floor,Block-16, 2nd Main Road, Ambattur Industrial Estate, Chennai-600 058. Tamilnadu. India. Press Contact: Ram Email Id: ram@justransact.com

You can edit or delete your press release High GST on POS will Discourage Digitalization Efforts: Millennium CEO here

07-23-2018 | Business, Economy, Finances, B …
JusTransact
Millennium Soft-Tech launches all-in-one Android POS for Retailers
Chennai, July 21, 2018: Millennium Soft-Tech India, a pioneer in delivering innovative Point of Sale (POS) technology products and solutions to the fast-growing retail Industry in India, today launched an array of powerful Android billing solutions under MAGICBOX brand series for retail establishments who can now experience ease of doing business while achieving supreme customer engagement. Millennium offers four variants of MagicBox to retail businesses - MagicBox Mobile POS and desk
06-18-2018 | Business, Economy, Finances, B …
JusTransact
Cash or card! Global Retailers Linger on Paper Over Plastic
Retail businesses, irrespective of size, accept payments through multiple modes (cash, card, mobile, internet banking, wallet, etc) but still many of them prefer cash over card to avoid regulatory complexities and hence devoid customers of their shopping rights and experience. According to a survey by TD Bank recently, globally 70 per cent of SMEs prefer cash and cheques over card or online transactions. Though difficult to handle, cash still rules in
01-29-2018 | Business, Economy, Finances, B …
JusTransact
Indian Retailers Hope to have more Sops in Union Budget 2018
India’s fast growing Retail sector has been facing unprecedented situation ever since the government made two major initiatives - demonetization of higher order currencies and introduction of Goods and Services Tax. While the former was intended to promote digital transactions and make India a cash-free economy, the later was to introduce centralized tax regime, both had bearings on the retail sector. As impacts of varied degrees are still
12-27-2017 | Business, Economy, Finances, B …
JusTransact
Indian Retail Industry Poised for Big Growth Post MDR Withdrawal
Chennai, December 27, 2017: Come January 2018, retailers can rejoice as they don’t need to pay Merchant Discount Rate (MDR) charges to banks for every debit card payment they receive. The government’s recent decision to abolish MDR for small and medium retail merchants over the digital transactions through debit card up to Rs 2000 has come as a welcome relief for thousands of retail businesses across the country as they were