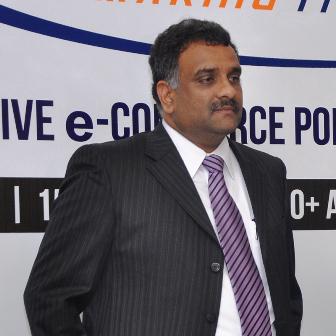 Chennai, December 27, 2017: Come January 2018, retailers can rejoice as they don’t need to pay Merchant Discount Rate (MDR) charges to banks for every debit card payment they receive.The government’s recent decision to abolish MDR for small and medium retail merchants over the digital transactions through debit card up to Rs 2000 has come as a welcome relief for thousands of retail businesses across the country as they were finding hard to pay banks from their pockets or charge extra from customers.According to industry sources, the demand for Point Of Sale (POS) transaction machines from shop owners will go up sharply as the government’s decision to abolish MDR for two years from January 1, 2018 will encourage more to approach banks to install POS machines at their shops.According to Reserve Bank of India, the government’s push to popularize cash-less transactions has borne results as the number of POS machines used by merchants has gone drastically up to 3 million from the paltry 0.8 million machines a year ago.Some of the merchants, whom this writer had contacted, expressed hope that such move would encourage more traders to adopt cashless transaction to lessen their burden on handling cash.“I did not want to have POS machine earlier as I had no intention to charge extra from my customers in the name of bank transaction charges. But now, since the government has announced to bear the MDR charges for transaction up to Rs 2000, I will approach my bank to install a card transaction machine. For transactions above Rs 2000, since the RBI has reduced the charges now, it will not have any impact on our business in switching over to cashless transaction,” says Sudhir Chandra, who owns a grocery store in George Town in Chennai.Welcoming the government move, Mr Bhaskar Venkatraman, CEO and Director of Millennium Soft-tech India, a pioneer in introducing POS machines to Indian retailers says, “Withdrawing MDR is the right move to bring India closer to cashless economy. We expect huge demand for POS machines from retailers in the coming quarter as more merchants will accept card transaction at POS counters. Presently, the government has made debit card transaction free from MDR charges up to Rs 2000, which I feel should also be extended to credit cards to encourage more customers.”As the average debit card transaction amount in India is below Rs 1500, accepting debit card will be almost equal to accepting cash for small retailers. But the government should take measures to prevent traders from misusing the subsidy, says Mohanraj, a customer at a famous retail chain in Chennai.After demonetization and GST rollout, the government’s recent move to remove MDR charges for debit card transactions for two years is seen as the right step to encourage digital payments among customers and retail businesses.About Millennium Soft-Tech IndiaEstablished in 2002, Millennium Soft-Tech (India) Pvt Ltd has been in the forefront of providing Point of Sale technology products and solutions to Indian businesses through astute marketing strategy supported by huge partners’ network across India.Having associated with world’s leading POS brands, Millennium understands the growing demands of retailers better than anyone else irrespective of their size, stature and nature of business, and offers comprehensive, advanced and sustainable solutions to enhance their business. Headquartered in Chennai and having branches all major cities in India, Millennium is credited with excellent logistics supports and capable of reaching products to the doorsteps of customers located in even remote areas.As a leading nation-wide distribution company for multinational POS brands such as Epson, Posiflex, Casio, Toshiba and Honeywell, Millennium caters to some of the big super and hypermarket chains, kirana stores, textile showrooms, multiplexes, kiosks, restaurants, hospitals, and SMEs.Millennium Soft-Tech India Private Limited, G-19,2nd Floor, Block-16, 2nd Main Road Ambattur Industrial Estate,Chennai-600 058. Press Contact: K Ramanathan email ID: ram(at)justransact (dot)com

07-23-2018 | Business, Economy, Finances, B …
JusTransact
Millennium Soft-Tech launches all-in-one Android POS for Retailers
Chennai, July 21, 2018: Millennium Soft-Tech India, a pioneer in delivering innovative Point of Sale (POS) technology products and solutions to the fast-growing retail Industry in India, today launched an array of powerful Android billing solutions under MAGICBOX brand series for retail establishments who can now experience ease of doing business while achieving supreme customer engagement. Millennium offers four variants of MagicBox to retail businesses - MagicBox Mobile POS and desk
06-18-2018 | Business, Economy, Finances, B …
JusTransact
Cash or card! Global Retailers Linger on Paper Over Plastic
Retail businesses, irrespective of size, accept payments through multiple modes (cash, card, mobile, internet banking, wallet, etc) but still many of them prefer cash over card to avoid regulatory complexities and hence devoid customers of their shopping rights and experience. According to a survey by TD Bank recently, globally 70 per cent of SMEs prefer cash and cheques over card or online transactions. Though difficult to handle, cash still rules in
01-29-2018 | Business, Economy, Finances, B …
JusTransact
Indian Retailers Hope to have more Sops in Union Budget 2018
India’s fast growing Retail sector has been facing unprecedented situation ever since the government made two major initiatives - demonetization of higher order currencies and introduction of Goods and Services Tax. While the former was intended to promote digital transactions and make India a cash-free economy, the later was to introduce centralized tax regime, both had bearings on the retail sector. As impacts of varied degrees are still
12-01-2017 | Business, Economy, Finances, B …
JusTransact
High GST on POS will Discourage Digitalization Efforts: Millennium CEO
Ever since the government introduced the ‘historic’ Goods and Services Tax regime from July 2017, there have been announcements for revision of rates for several items by the GST council owing to pressure from public, traders and political spectrum. However, there are certain items which are still in the bracket of 18 per cent and 28 per cent, which, according to experts, will do no good for the government’s