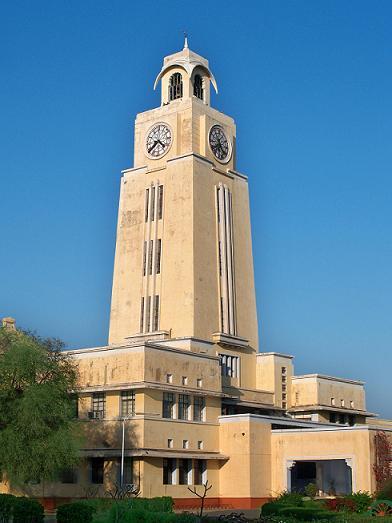 BITS Pilani Towering above the Rest in India Today

In India every year during June, temperatures keep rising not only due to heat but also due to best college surveys and rankings released by India Today, Outlook, Dataquest, LiveMint etc.According to Aroon Purie Editor in Chief of more than three decade old weekly newsmagazine India Today whose circulation and readership run into millions “Our rankings have become the benchmark for academic standards in India".The India Today survey which started in the year 1997, had commissioned the leading market research group Nielsen for the year 2009 survey. Reputation of colleges, Quality of Academic Inputs, Student Care, Infrastructure and Job Prospects were the five vital parameters considered in the survey.The 5 step process involved collection of list of colleges to be surveyed, calculation of the parameter-wise ranks and the perceptual ranks at the city level, calculation of the parameter-wise ranks and the perceptual ranks at the national level, calculation of the factual ranks and then the calculation of the final rank by taking the rescaled perceptual score and the factual score in the ratio of 70:30.The Birla Institute of Technology and Science Popularly known as - BITS Pilani is well known for its transparency in selection criteria based on the online BITSAT examination for all its degree programs; the innovative Teaching – Learning – Evaluation processes; flexibilities such as dual degree scheme which gives opportunity for say a Science student to do an Engineering degree; vertical transfer option to move to higher degree and doctoral programs; focus on interdisciplinary and mission oriented research; social engineering focus such as rain water harvesting, desert development technologies, women empowerment, healthcare etc.BITS Pilani also derives its reputation from the Practice School which takes education to industry locales in India and abroad for a period of seven and half months similar to doctors taking up internship as an integral component of the academic curriculum; collaboration with foreign universities of repute as well as MoU with many IT, Engineering, Process, Power, Pharma and Healthcare Majors; work integrated learning programs for meeting the human resource development needs of many industries; its very strong global alumni network apart from the fact that large number of its alumni are in top positions in India and abroad.For the year 2009, BITS Pilani has been ranked by India Today in the seventh place in the overall rankings and also as the best privately run engineering Institute. For more details about India Today Rankings click: http://indiatoday.intoday.in/index.php?option=com_content&task=view&id=45867&Itemid=1&issueid=109§ionid=30&limit=1&limitstart=0About BITS Pilani: The Birla Institute of Technology and Science is a multi campus university with state of the art facilities located at Pilani (Rajasthan), Goa and Hyderabad campuses in India as well as at Dubai (UAE). BITS Pilani had recently been reaccredited by the National Assessment and Accreditation Council -NAAC with a CGPA 0f 3.71 out of 4 and Very Good Status also. BITS is a University established vide Sec.3 of the UGC Act,1956 under notification No. F.12-23/63.U-2 of June 18, 1964.Dr BR Natarajan Professor & Vice President BITSAA BITS Pilani Rajasthan 333031 India Phone: 91-1596-242210 Fax 91-1596-244183 Email: brnt@bits-pilani.ac.in Website: http://www.bits-pilani.ac.in