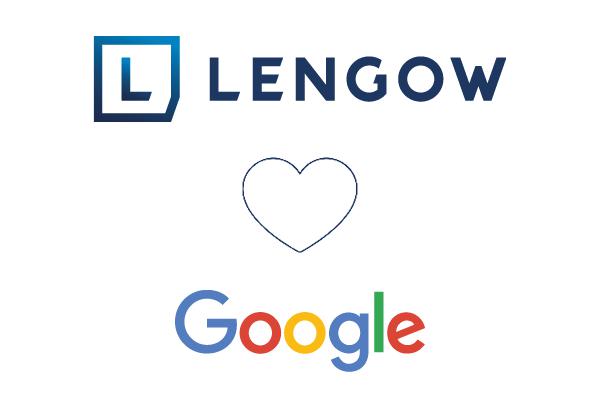 Lengow, the e-commerce automation platform that enables product data to be distributed onto different marketing channels, has strengthened its partnership with Google in the three largest European markets: France, the United Kingdom and Germany.Paris, November 21st 2017 -European leader in product data management for retailers and brands, Lengow has collaborated with over 1,800 marketing channels since 2009, among which the American giant Google. Thanks to their e-commerce expertise and Google’s confidence in them, Lengow has just been officially listed as a Google partner for both online and offline marketing and brands’ product data. Google and Lengow, a long-standing partnershipLengow has worked with Google since the European launch of Google Shopping. To better meet retailers’ needs, and faced with the evolution of consumers’ buying behaviour, Lengow has since expanded their partnership with Google by integrating two of Google Shopping’s new features into their platform:Local Inventory Ads, a multichannel product ad format allowing retailers to promote the entirety of their product catalogue available online and in-store. Google Manufacturer Center, a function allowing manufacturers and brands to improve the overall catalogue of their products online, to improve their positioning in search results. Thanks to this partnership, Lengow has officially been listed as one of Google’s partners for Google Shopping, Local Inventory Ads and Manufacturer Center. This partnership is across the three biggest European markets: the UK, Germany, and France. More visibility for retailers and brands By expanding their Google Shopping offering, Lengow offers retailers the chance to emphasise their presence on the platform and increase their visibility in Europe. These features allow them to adapt to the evolution of consumers’ buying behaviour, who are always on the hunt for more information and flexibility. As a case in point, 4 out of 5 consumers use their smartphones to get more information on their next in-store purchase.“This collaboration will allow our clients to improve their strategies on Google,” stated Mickaël Froger, CEO of Lengow. “Lengow now offers a collection of solutions allowing brands and retailers the opportunity to develop both their activity online and in-store.”Lengow is the e-commerce automation solution that helps brands and distributors improve their performance, automate their business processes, and grow internationally. The Lengow platform is the key to strong profitability and visibility for products sold by online retailers around the world on all distribution channels: marketplaces, comparison shopping engines, affiliate platforms and display/retargeting platforms. Since 2009, Lengow has integrated more than 1,800 partners into its solution to provide a powerful platform to its 3,600 retailers in 45 countries around the world.20 rue Treilhard, Paris, 75008

06-19-2018 | IT, New Media & Software
Lengow
LENGOW DAY 2018 : Go Beyond
For its 6th edition, Lengow Day returns with the title: Go Beyond. Occupying a new space, the 2018 edition will bring more networking opportunities, more editorial content dedicated to future trends in e-commerce and workshops offering advice and best practices. The number 1 European conference dedicated to e-commerce, on 27th September Lengow Day will host 400 retailers, speakers and European specialists, to share and imagine the e-commerce of tomorrow, find growth
05-24-2017 | Business, Economy, Finances, B …
Lengow
Save the Date! Book now for Lengow Day in Paris 11/10/2017
Paris, 23rd May 2017. Since its launch in 2013, every year Lengow Day has brought together the top players in the ecommerce industry to offer online sellers and retailers the opportunity to develop their expertise and enhance their business strategies. The fifth edition of Lengow Day, taking place in Paris on October 11th 2017, will assemble 350 European retailers and speakers. A GLOBAL VISION Lengow has always boasted an
04-26-2017 | Business, Economy, Finances, B …
Lengow
Lengow opens it’s doors to the B2B market with Amazon Business and Cdiscount P …
Lengow, the ecommerce automation platform, now gives Business sellers access to the 3 largest European markets with its integration of Amazon Business (UK and Germany) and Cdiscount Pro (France). Paris, 25th April 2017 - Lengow, the European leader in ecommerce feed management, has worked with over 3600 online retailers trading on the B2C market since 2009. Responding to new market trends, the platform now complements its service by offering online retailers
07-05-2011 | IT, New Media & Software
Lengow
Lengow raises $1.8 million from Alven Capital
One year after an initial investment from Kima Ventures, which has allowed for the development of the company in France and the rest of Europe, Lengow has reached a new milestone with Alven Capital in raising an additional 1.8 million Dollars in order to finance its international development. Created in July 2009, Lengow offers an SaaS web solution which allows online retailers to: - Index their product catalogues quickly and easily on

04-09-2021 | Tourism, Cars, Traffic
EpicVIN
EpicVIN's Google Chrome extension
A thorough vehicle history search is one of the best ways to ensure that a vehicle purchase is a good one. EpicVIN wants to help users make the process of locating this information even easier with its new Google Chrome extension. The extension can be added to any website on Google Chrome, offering potential buyers key information to help make purchasing decisions. EpicVIN it’s the world’s first blockchain based vehicle
11-02-2018 | IT, New Media & Software
Alina Digital Services
Arabic Google Fonts
Are you searching a for Arabic Google Fonts? Then you are the right place. Today i will give you 19 Best Free Arabic Google Fonts. I agree with you that most of the website you got information that How to use google fonts, how to embed fonts, but you not able to gather full information from one site. Here I will promise that you can gather complete information on Arabic Google Fonts from one
10-23-2018 | Advertising, Media Consulting, …
ESV Digital
Google Analytics Segments Vs Filters
London/UK – 23th October 2018. One of the most common questions I’m asked about Google Analytics is the difference between a segment and a filter and the main use case of each of them. I’m often asked why you would ever use a filter when a segment does the same job and vice versa. In today’s post, I’m going to briefly run you through what segments and filters are, how they
08-24-2017 | IT, New Media & Software
Radix FZC
Google buys business.site for Google My Business
Small enterprises now get free BUSINESSNAME.business.site domain absolutely free through Google My Business 24th August 2017, Mumbai: Radix, the domain registry that has the exclusive rights to operate new domain extension .SITE, today announced that it has sold the domain name business.site to Google. As part of Google My Business, small business owners are able to make a website with a BUSINESSNAME.business.site domain name for free. The service is available
08-29-2011 | IT, New Media & Software
Kingpin-SEO
Kingpin Excited to See What Google+ does for Google Realtime
According to recent research Google+ has apparently amassed 25 million users since its launch in late June, however the networking site is currently still in the invite only stages. Despite the lack of news regarding its public launch date, there are now rumours that Google will be using the social networking site in conjunction with the not long abandoned Google Realtime function. Realtime delivered relevant information from Twitter, Facebook, and other
06-08-2010 | IT, New Media & Software
MindMeister
MindMeister launches Google Wave gadget
MUNICH, GERMANY, JUNE 7, 2010 Leading mind mapping and collaborative working innovator MindMeister announced today the public beta launch of their Google Wave gadget. This addition of MindMeister to Google Wave will now give Wave users a number of features and functionality of MindMeister’s award winning interface within their new and existing Waves. Since it’s beta launch in October 2009, Google Wave has been facilitating communication and collaboration between millions
Comments about openPR
We publish our press releases on openPR.de because we like people who are "open" - just like us.
Frank Obels, CEO, INCONET - Informationssysteme, Communication und Netzwerkberatung GmbH