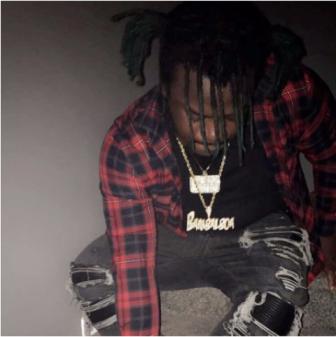 Hip hop and rap music has been the most inspiring genre in the music history for it has motivated numerous young folks. Especially rap is an inseparable part of hip hop that gave the courage to speak out loud about different things happening in the society. Hip hop has altogether laid the foundation of a new culture that influenced fashion, lifestyle, dance, dart and graffiti. The craze of hip hop music is growing each new day with fresh artists making their appearance on the SoundCloud gala. One artist who is steadily increasing his fan base with his debut track is BAM BALBOA’s. His hot new single “TIME ZONE” is an outstanding rap track that reveals his creative genius. If you are an ardent lover of contemporary rap tracks, log on to SoundCloud and get into the music gallery of this rising rap star BAM BALBOA.BAM BALBOA’s music styles give the vibes of the stylistic elements of Atlanta hip hop and highlight the vibrancy of the music scene that’s trending in the place. BAM BALBOA is an artist who can be regarded as a perfect representative of contemporary rap music. He has got it all from flamboyant looks to chic hip hop style sense. But what makes this artist exceptional is his rapping style and sensible songwriting capability. “TIME ZONE” can truly be called a party track, yet the lyrics have a strong message to deliver. “TIME ZONE” is a track where BAM BALBOA speaks about that in spite different time zone yet there a connection between each other. A lover confesses to his lady love that no matter she lives in a different time zone, nothing can come in between. The rapping style of is new and very appealing to the ears. The rhythmic flow is innovative with the zesty beats in the background. Enjoy the track on SoundCloud.Enjoy this track by visiting the following link: https://soundcloud.com/bambalboaWe at Music Promotion Club have helped various artists, musicians, lyricists and many others with Soundcloud Promotion. To promote your music and get an entry into the esteemed music industry, soundcloud promotion is very effective. We manually do all the Promotions via our dedicated team and guarantee you to be able to show results after an week of promotion.Music Promotion Club India West Bengal Kolkata- 700040 5/10 A Netaji Nagar info@musicpromotion.club