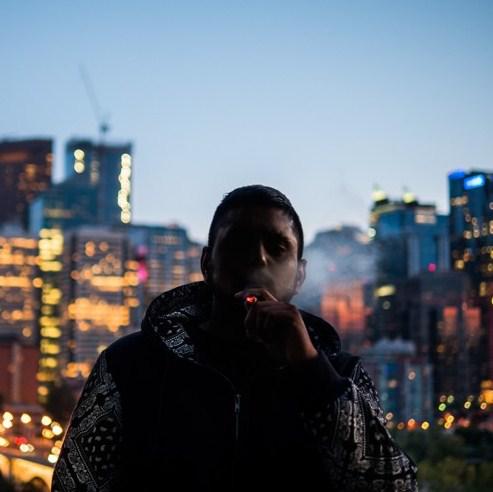 Hip hop has become the most important musical expression of our modern era. It started to gain enormous popularity within just the first 10 years of its inception. Hip hop has influenced the whole universe with its strong creativity. The venture of this genre started with the black people who were considered to be the lower class of the society. With this cultural movement, they aimed to gain their lost right on the planet. Thus this genre has always been giving some impact through its rapping to the society. The youth is much more attracted towards hip hop and rap. And for this, the world has received 23years old rapper Winter, whose recent release “Big Enough” is grabbing more and more audience on Soundcloud.Hip hop and rap is experiencing evolution with the artists like Winter. They have brought up hip hop to a different phase of culture, where it can be distinguished with the age old tracks of hip hop. Winter’s new inclusion in this genre is “Big Enough”, where he has clearly stated his straight point of view on the societal scenario with his personal experience. The rhythmic drops of this track can give you goose bumps. The melody and the beats are so nice that it will take you to a whole new world to trip with it. Winter has well furnished “Big Enough” with his magical touch of rhythm, beats and harmony. Musically, he has been consistent throughout the track. The stunning fade-out style at the end of the song is one of its kind.Living in Calgary, Canada, Winter is just a 23 years young lad focused to gain a name in the industry to be something good with his undoubted talent in music. In search for this recognition he has already made many beautiful tracks including “Big Enough”. Tune into Soundcloud to enjoy.Please visit here to listen this song of Winter: https://soundcloud.com/403winter/big-enoughWe at Music Promotion Club have helped various artists, musicians, lyricists and many others with Soundcloud Promotion. To promote your music and get an entry into the esteemed music industry, soundcloud promotion is very effective.We manually do all the Promotions via our dedicated team and guarantee you to be able to show results after an week of promotion.Music Promotion ClubIndia West Bengal Kolkata- 700040 5/10 A Netaji Nagarinfo@musicpromotion.club

12-14-2018 | Industry, Real Estate & Constr …
Manies Construction
Winter Home Maintenance Guide
Keep your home in tip top shape this winter by performing this list of maintenance tasks to keep your family warm & safe all winter long. If you own a snow blower, be sure to check the manual for any routine pre-season maintenance suggestions. Also, make sure you have easy access to your shovel and have plenty of kitty liter on hand to help prevent slips. (this will not harm
03-30-2016 | Arts & Culture
Jeffrey Breslow Gallery
Magnetism | Meg Frazier + Morgan Winter
Chicago, IL - April 15, 2016, 5p - 8p- Magnetism | Meg Frazier + Morgan Winter. The Jeffrey Breslow Gallery celebrates a unique collaborative exhibition of work by Meg Frazier and Morgan Winter. The show, titled Magnetism, represents the unseen yet tactile energy that exists when two distinct styles approach artistic compositions as one. Meg Frazier, known for her bold brush strokes trickled throughout her abstract style, and Morgan Winter,
03-03-2016 | Fashion, Lifestyle, Trends
G2O Spa + Salon
Winter Rescue
WHAT: While spring is almost in the air, the harsh effects of winter can still be felt on skin and hair. This March, G2O Spa + Salon, Boston’s award-winning day spa and salon on Newbury Street, is reversing the winter woes with complimentary treatments that will rescue hair, skin and nails, and spring everyone’s beauty regime back to life.
11-26-2011 | Fashion, Lifestyle, Trends
Enliten, LLC
Enliten's Winter Release 2011-12
Enliten has announced its annual release and sale for Black Friday. The release has over 20 new additions, including women's apparel for the first time in company history. The new release features a collection of basics with their iconic logo and name on t-shirts, hoodies, and crew neck sweatshirts. To accentuate, the crewneck sweaters have detailed stitching across the lateral body and cross stitching at the neckline. For women, V-necks and
05-13-2011 | Fashion, Lifestyle, Trends
Bastyan Fashions limited
Bastyan Autumn/Winter 2011/12
The latest Autumn/Winter collection from Bastyan is a rich mix of sumptuous colours and tactile textures sitting against silhouettes that evoke a nostalgic almost cinematic feel. Owner and founder Tonia Bastyan designs for the modern woman who wants more than just trend from her wardrobe, she offers her a mix of well cut items which transcend seasons and give a feeling of comfort and quality without compromising on design. The coat collection
01-07-2011 | Sports
Destination Vietnam
Hanoi Winter Golf Promotion
Valid from 1Jan - 28 Feb 2011 Discover Vietnam- The undiscovered Golf Destination Mua Dong – Winter of Hanoi is really something special and admirable Hanoi has 4 different seasons which are very different with the South East Asia countries and it is even much different in winter In winter, you could feel the coldness from the wind blowing from North where Vietnam bordered with China especially on the Golf courses. That is why,
Comments about openPR
I can't but agree to the positive statements about your portal: easy to use, clear layout, very good search function, and quick editing!
Jens O'Brien, Borgmeier Media Communication