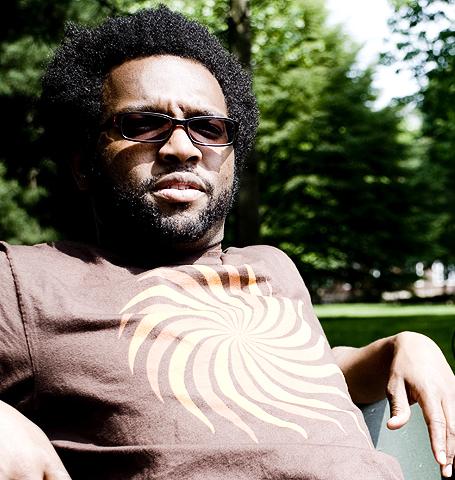 May 28, 2009, Boston, MA – JackandJillPolitics.com, the rising black political blog, will be honored at the Living Liberally Annual Celebration in New York, which takes place on May 30th, 2009 at the DCTV Firehouse on 87 Lafayette between 7:00 pm and 11:00 pm and is hosted by Air America's Sam Seder. Described as “a black bourgeoisie perspective on U.S. politics,” Jack & Jill Politics has contributed to the national political conversation through humor and thought-provoking essays. The blog was even officially credentialed at the 2008 Democratic National Convention, where Thurston's live video coverage alone generated over 70,000 online views. “I’m honored that our blog is going to be honored by Living Liberally,” said Baratunde Thurston, co-founder of Jack & Jill Politics. "This is an organization that promotes progressive politics through social activities and community. Anyone who's read the comments in our blog knows the JJP community is very, very active." Thurston is a self-proclaimed “conscious comic and vigilante pundit” who expertly fuses technology, politics and comedy. He writes for several media outlets, including The Daily Beast, Huffington Post, UK Independent and Jack & Jill Politics, where he goes by the pen name of “Jack Turner.” Thurston is truly a rising star of political activism and humor on the Internet, and Jack & Jill Politics is just one of his forums. The Living Liberally Annual Celebration is the annual fundraiser for Living Liberally, an organization dedicated to creating communities around progressive politics. Tickets are available at three price levels: Volvo-Driving Liberal ($250), Sushi-Eating Liberal ($150), and Latte-Sipping Liberal ($100). Tickets are on sale at http://livingliberally.org/celebration09. Other honorees include Media Matters For America, a not-for-profit progressive research and information center dedicated to comprehensively monitoring, analyzing, and correcting conservative misinformation in the U.S. media. Additionally, the Honorable Scott Stringer, Borough President of Manhattan, will be honored for his office’s work on food policy. "This event is bringing together an elected official who's changing food policy, a non-profit that exposes conservative propaganda and an Internet community highlighting black, progressive political thought," says Thurston. "It's a demonstration of breadth of the progressive community. Also you're going to have more brown people in this room than in the entire conservative movement." “I believe this event shows that the Web is the place to go to hear alternative viewpoints on political comedy,” says Thurston. “And nudism.” In March 2009, Thurston was named the “Funniest Person on the Web” by comedy site ZUG.com. For his groundbreaking work in the area of political comedy, his hilarious work as Web editor of “The Onion,” and his standing-room only performance at Austin’s South by Southwest Interactive festival, ZUG readers overwhelmingly voted him the comedy talent to watch in 2009. ABOUT BARATUNDE THURSTON Baratunde Thurston is a conscious comic and vigilante pundit who expertly fuses technology, politics and comedy. He has written as “Jack Turner” for the popular black political blog, Jack & Jill Politics, since its founding in the summer of 2006. He also writes at The Huffington Post, Daily Beast and his own site www.baratunde.com. He has authored three books, including “Keep Jerry Falwell Away From My Oreo Cookies,” which was nominated for the Bill Hicks Award for Thought Provoking Comedy. ABOUT ZUG.COM ZUG.com, the world’s longest-running comedy site, has been serving up “real-life comedy” since 1995. ZUG.com works with clients to provide funny viral marketing stunts that attract attention and drive sales. John Hargrave Media Shower, Inc. P.O. Box 990586 Boston, MA 02199 info@mediashower.com 617-225-3200

06-04-2009 | Advertising, Media Consulting, …
Media Shower, Inc.
Viral Marketing Stunt Shuts Down Local School
June 3, 2009, Boston, MA – A viral marketing video designed to promote MISCHIEF MAKER’S MANUAL, the new book of pranks and practical jokes for children ages 8-12, landed some of those same kids in hot water when their school was shut down for the day. On June 2, fifth-grader Troy Hughes of Lansing, MI forwarded the video to every member of his 5th grade class, sparking a panic