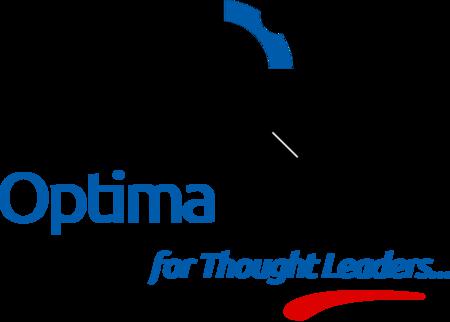 The HIV market was valued at $16bn in 2015 and is forecast to expand at a CAGR of 3.7% between 2015 and 2024, culminating in 2024 global sales of $23bn.The expected arrival of new classes of therapies could result in a paradigm shift in the treatment of HIV treatment.

Globally, around 35 million people are infected with HIV. Approximately 3 million people in the U.S and 2.5 million in top 5 European regions live with HIV. Around 70% of HIV infections live in Sub-Saharan Africa, considered to be the epicenter of the HIV epidemic according to the Joint United Nations Program on AIDS (UNAIDS).

Despite significantly improved safety, convenience and tolerability profile of current antiviral drugs, development of drug resistance remains a significant challenge as a result of its high mutation rate.

Traditionally, most patients start on two NRTIs (nucleoside reverse transcriptase inhibitor) and one NNRTI (non-nucleoside reverse transcriptase inhibitor) while patients not eligible for an NNRTI are started on two NRTIs and a protease inhibitor. However, with the introduction of a once-daily integrase inhibitor (dolutegravir), NNRTIs are losing market share to integrase inhibitors as the companion to dual NRTI therapy. The current market for HIV treatment is dominated by once-daily regimens. The trend toward regimen simplification and reduced pill burden has driven rapid penetration of several once-daily treatment options including Gilead’s Atripla, Complera, Genvoya, Odefsey and Stribild along with GSK/ViiV’s Triumeq.

In 2009, Pfizer and GlaxoSmithKline formed a JV focused on research, development and commercialization of HIV medicines. The new company, called ViiV Healthcare, majority owned by GSK, with Pfizer and Shionogi as shareholders was seeded with a marketed product portfolio, including Combivir and Kivexa (GSK) and Selzentry/Celsentri (Pfizer). ViiV has a pipeline of medicines, including compounds in Phase III & II. ViiV Healthcare in collaboration with Shionogi has two integrase inhibitors, dolutegravir (Tivicay) and cabotegravir (GSK, Phase II).

The success in treating HIV is driven by antiretroviral agents that offer fewer side effects, require fewer pills, and have pharmacokinetic profiles that allow for less frequent dosing.

ViiV Healthcare’s HIV franchise has been reinvigorated by the launch of inhibitor Tivicay and its one pill once a day co-formulation with Ziagen and Emtriva. This single-tablet regimen is sold under the brand name Triumeq and represents the first non-Gilead single-tablet regimen and helping ViiV Healthcare’s NRTI franchise regain some market share.

Most diagnosed with HIV in the U.S. has access to reimbursed antiviral therapies from either private insurance or government programs. However, it has become harder to prescribe newly launched HIV drugs as insurers have begun to restrict access to new drugs. Most insurers will require prior authorizations for any HIV drugs that are not on formulary.

Optima Insights is an innovative research and insights driven enterprise committed to offer actionable intelligence to the global life science and healthcare market. We believe that meaningful insights and improved strategic content holds the key to improved ROI for our clients. We strike an innovative engagement model with our clients to Co-Create Intelligence that would address very specific issues facing them within their functional areas. We continuously support clients through the entire journey map to enable them take better business decisions towards attaining market leadership.

07-11-2017 | Health & Medicine
Kuick Resarch
HIV Vaccine Market HIV Vaccine Clinical Pipeline Report 2022
For Report Sample Contact: neeraj@kuickresearch.com or +91-11-47067990 Report Table of Contents Introduction to Human Immunodeficiency Virus (HIV) Vaccines 1.1 Overview 1.2 Antiquity of HIV Vaccine Need for the Development of HIV Vaccine Primer of HIV inside the Body 3.1 Inclusion of HIV Virus into the System 3.2 Interaction of HIV with Host 3.3 Eradication of HIV Virus HIV Vaccine Development Process 4.1 Introduction
07-07-2017 | Health & Medicine
Kuick Resarch
Global HIV Vaccine Market & HIV Vaccine Clinical Trial Outlook 2022
Worldwide, around the 35 Million of the people are currently infected with the HIV and about 30 Million of the people died because of the AIDS infection. There is no human example of clearing an HIV infection naturally. HIV virus makes copies of it very quickly, many types of HIV exist and new types of virus are continue to rise. Many scientists are still trying to understand the specific ways
06-30-2017 | Health & Medicine
PNS Pharma
Global HIV Infection Pipeline Analysis
The discovery of HIV virus, which causes AIDS, dates back to more than 30 years. Currently, there are more than 30 drugs in the market which have been approved by the FDA for the treatment of HIV infection. Consequent to the introduction of retrovirals in 1996, HIV is not considered to be a death sentence anymore. The advancements in this field have led to new drugs being produced which have
03-24-2017 | Health & Medicine
Persistence Market Research Pvt. Ltd
Global HIV Therapeutics Market
The HIV Therapeutics Market report provides in-depth analysis of parent market trends, macro-economic indicators and governing factors along with market attractiveness as per segments. The report also maps the qualitative impact of various market factors on market segments and geographies. The human immunodeficiency virus (HIV) refers to a type of retrovirus that causes acquired immunodeficiency syndrome (AIDS). HIV attacks some immune cells and causes weakness of immune system resulting in loss
09-27-2016 | Health & Medicine
FWF - Austrian Science Fund
Hidden HIV Revealed: New Insights Into Latent HIV Infections
In spite of ever more effective therapies, HIV keeps managing to survive in the body. A comprehensive project conducted by the Austrian Science Fund FWF has clarified the molecular processes which contribute to this effect. In the process, approaches were discovered for possible therapies to combat the hidden reservoir formed by the virus. Thanks to modern therapies, HIV infections have become controllable – but these treatments cannot provide a cure. Antiretroviral
08-31-2011 | Business, Economy, Finances, B …
AVPS
Approaches to HIV Eradication
The various approaches to HIV eradication all address a problem, and that problem is the HIV reservoir. HIV reservoirs have been called the last hiding place for HIV within the body. The final step toward finding a cure against HIV lies in dealing with HIV reservoirs. Toulon, France, August 30, 2011 - What can be done about HIV eradication? The advancements in scientific technology and medical treatments have made significant progress
Comments about openPR
OpenPR ist the nicest and most clearly laid out PR platform I have seen to this day. The press releases are displayed very nicely and clearly and without any unnecessary frills. The updates are fast and the finished release looks appealing and is clearly legible. Even with 16 years of experience one discovers new things from time to time. Congratulations!
Gabriele Ketterl, Director Marketing & PR, Menads