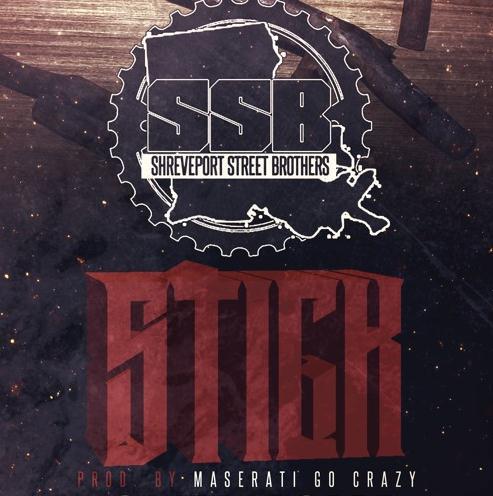 Hip hop is a realistic musical genre. No other genre can portray the reality through music better than hip hop. The journey of this genre started as being a cultural movement. It was formed for the upliftment of the black community who were not in a good condition in the USA. So, the hip hop artists started making music which gave some deep message of life and society. They kept on making lively music and they are still keeping that trend on. With some added dimension, the new generation hip hop artists are developing the genre day by day. Shreveport Street Brothers are newcomers in this genre and have recently launched their new track “Stick” under the label name Doliferecords on Soundcloud.Doliferecords deals with aspiring musicians to help them get an establishment in the music industry. Do L.I.F.E Records has the mission of Love Infinitely Forever Exiling. Keeping this mission in mind, they made their debut album with Shreveport Street Brothers (SSB). Being the first recording of SSB, “Stick” has received a massive response from listeners on Soundcloud. There is a dope vibe in the song which will make you go crazy. Rhythmically, “Stick” has used delayed vocals and also there are off-beats in the vocals. As the rapper has used a clear style, that’s why, even after being a hip hop and rap track, the lyrics of the song can be well understood. The lyrical value, the melodious factor, the proper beats of this song is undeniably praising. “Stick” is creating deep impact on the audience. The change of style in certain places of the song has given it a perfect feel. Even if you are not a hip hop fan, you are going to like this song because it has a different essence. Tune into Soundcloud to party hard with “Stick”.We at Music Promotion Club have helped various artists, musicians, lyricists and many others with Soundcloud Promotion. To promote your music and get an entry into the esteemed music industry, soundcloud promotion is very effective.We manually do all the Promotions via our dedicated team and guarantee you to be able to show results after an week of promotion.Music Promotion ClubIndia West Bengal Kolkata- 700040 5/10 A Netaji Nagarinfo@musicpromotion.club