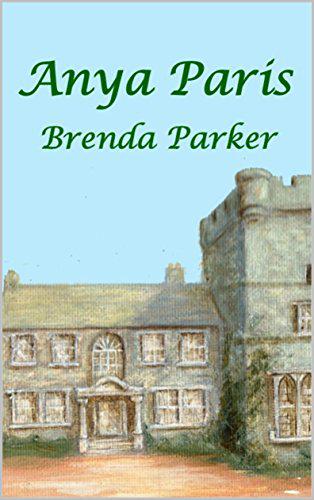 ISBN #978-1944156503“Anya Paris” by Brenda Parker is publishedAn intriguing tale of mystery, love and long-forgotten secretsAbout the Book:In fifties Northumberland - a time and place where tradition and progress are about to collide head-on - a young restorer of art is engaged to rescue some neglected paintings. Arriving on a tide of anticipation, the enchanting young painter brings a breath of very fresh air into the dusty midst of the Chevening family, quickening pulses, challenging the old order and, as she uncovers an infamous art fraud, muddying still waters. Anya Paris is an intriguing tale of mystery, love and the bringing to light of long-forgotten secrets.About the Author:Brenda Parker’s early career as a Production Assistant with a London ITV company was significant in providing close involvement with script-writing and creative thought. Then marriage and a second career in catering took over. Now retired, this is her second work of historical fiction, and reflects an enduring affection for Northumberland, where she spent the early years of her marriage. She presently lives near Yeovil in Somerset, England.Brenda is also author of “The Cilento Dove”, which can be found on Amazon at:https://www.amazon.co.uk/Cilento-Dove-Brenda-Parker/dp/1908274255 Excerpt from “Anya Paris”:“This alternating current was both new and electrifying. Of course, it did not answer any of the questions that plagued him. It explained nothing of what he longed to know – beyond the fact that apparently she was not entirely immune to human susceptibilities. There had to be something more complex than that causing Anya Paris to shy away from the merest gesture of affection - seeing any sign of friendship as some kind of a threat. And suddenly he needed to find out for himself just what it was. He reached the lodge as the first huge drops of rain began to fall, accompanied by a vivid flash of lightning. A clap of thunder followed closely. Anya’s voice invited him to enter – and as he stepped inside he saw her sitting in near darkness on the window seat beside a wide-open casement. A gentle breeze stirred the curtain, and as though in response to another rumble of thunder, she turned to greet him. Nothing in her manner suggested surprise at seeing him, even at so late an hour. She did not ask why he had not been visiting her of late – or why he had chosen this moment to return, but patted the seat beside her and returned to gazing in fascination from the window. ‘I adore storms,’ she told him. ‘I’ve been here for hours watching the darkness roll in and waiting for this one to break.’” Anya Paris by Brenda Parker is available in paperback from Amazon at:https://www.amazon.co.uk/Anya-Paris-Brenda-Parker/dp/194415650XThis novel can also be downloaded in e-book format from:https://www.amazon.co.uk/Anya-Paris-Brenda-Parker-ebook/dp/B076GCKT6R Press/Media Contact Details:Darin Jewell Tel. 0208 292 5163 E-mail: darin@theinspiragroup.comThe Inspira Group is a literary agency in London.5 Bradley Road Enfield, Middx. EN3 6ESY