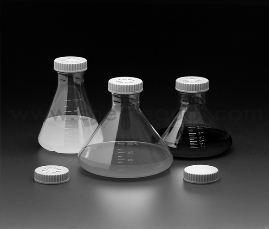 Surfactants are surface active agents that aids in the lowering of interfacial tension between two liquids or between a solid and a liquid. All detergents, emulsifiers, wetting agents, foaming agents and dispersants fall under the class of surfactants.Surfactant molecules are amphiphilic in nature chrachterized by a long hydrophobic tail group and a polar hydrophilic head group .This allows surfactants to achieve solubility in both polar and non polar medium. When added to water the surfactant molecules orient themselves in a manner such that the hydrophobic tail groups move away from water and the polar head group remains next to water and they form an aggregate called micelle. During cleaning of any substance all dirt, grease and oily matter get trapped among the micelle which can be dislodged later by application of small mechanical force.Surfactants are classified according to the charge present on their polar head group.• Cationic Surfactants bear a positive charge on their polar head • Anionic surfactants hold a negatively charged polar group • Amphoteric surfactants have both negative and positive charge on the polar group • Non ionic surfactants contain neutral head groupSurfactants find application in a wide range of products like detergents, washing liquids and soaps, shampoos, fabric softener etc.Mainly all detergents are anionic in nature the most common being Sodium Lauryl Sulphate. Many sulphonates, carboxylates and phosphonates based anionic surfactants are also used in detergents.Cationic surfactants are usually not used in cleaners, they mostly find application as fabric softeners. These are mainly based on quaternary ammonium compounds having strong anti microbial properties and are widely used as hard surface disinfectants.Non ionic surfactants do not dissociate into ions in aqueous medium. They find application as wetting agents, emulsifiers, cleaning agents etc. In many cases non ionic surfactants find preference over the ionic one which shows poor solubility and cleaning action in hard water. Non ionic surfactants have outstanding solvent property and possess high chemical stability .In health care sectors , textile industries ,agricultural sector and various other industries non ionic surfactants are used widely.Amphoteric Surfactants are user friendly products. Mostly they are used along with anionic and cationic surfactants to enhance their cleaning action. Due to their low toxicity and non irritant nature they are used in baby shampoos. In view of their low toxic quality and low irritation on the skin and eyes amid the use procedure and in addition high biodegradability, hard water resistance, emulsifying, scattering, wetting, foaming , and the high similarity with other surfactants, their applications in chemical, textiles, food, pigments etc. are on the rising side.ChemEqual, the largest chemical marketplace gives the opportunity to buyer to compare and buy chemicals and equivalents. From Brewery Chemicals, to descaling chemical like Citric Acid Descaler, Sulfamic Acid Descaler or any other organic acids. Serving the Automobile Industry with a chemical for every step. From Coolant Corrosion Inhibitor to coolant additives like Fluoroscent Dye for leak detection. Rodine Acid Inhibitor protects the system from acid corrosion. Drinking Water Chemicals like Reverse Osmosis Chemicals, RO Antiscalant. Various glycol antifreeze starting from Monoethylene Glycol to Diethylene Glycol or Inhibited Ethylene Glycol, ChemEqual serves every industry.ChemEqual 54 Hudson Ave, New York 12201, United States

You can edit or delete your press release SURFACTANTS here

11-17-2017 | Business, Economy, Finances, B …
Chemequal
Quaternary Disinfectants
Quaternary Disinfectants are broad spectrum disinfectants. According to EPA’s definition broad spectrum disinfectants show efficacy against all the three major classes of microbial organisms-Bacteria, Fungi and Viruses Cleaning products used in houses, industries, public places are mainly based on quaternary ammonium compounds. The risk of contamination is increasing at an alarming rate in our everyday life. Thus disinfectants are an important component for safeguarding the environment. Structurally Quaternary ammonium compounds contain a
08-10-2017 | Industry, Real Estate & Constr …
Chemequal
Rodine 85- Preventing Metals from Acid Corrosion
In many industrial operations metals such as steel and iron are subjected to very high temperature which often leaves a discoloring oxide layer or scale on the surface. The process of hot rolling, drawing, annealing and molding of metals result in the deposition of organic impurities, stains, rusts and scale which impede further metal processing. In industries same metals are used for a long period which makes them vulnerable to
07-20-2017 | Industry, Real Estate & Constr …
Chemequal
Metal Passivation using Rodine 85 for Sulfuric Acid Pickling - ChemEqual
Derusting and descaling operations on industrial metal components require the use of strong mineral acids like sulfuric acid to maintain surface quality. It employs the use of acid baths for oxidative removal of alkali scales and mineral oxide deposits. But mineral acids have a tendency to corrode metal surfaces as well rendering them distorted by formation of pits and loss of base metal. To retard the corrosive nature of acids, the
07-18-2017 | Industry, Real Estate & Constr …
Chemequal
Rodine 2010 Corrosion Inhibitor for Boiler Chemical Cleaning - ChemEqual
Boiler systems and pipelines associated with power plants and heating systems often face the problem of mineral scaling on the inner linings and transmission bends. This is mainly due to the residual hardness of the coolant water used. While treated water is essential, minute traces of partially soluble salts of calcium, magnesium, strontium, as well as due to silica and ferrous oxides. While scaling may lead to choking and rupture