Chinese phones are a hazard for India 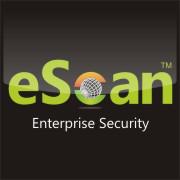 According to the Government of India, mobile phones particularly smartphones are playing a crucial role in achieving the goals of Digital India and have achieved a penetration of 65-75 percent. Indian Cellular Association (ICA), a body of mobile handset companies operating in India; has mentioned that the mobile handset industry is "deeply cognizant" of the security requirements of the nation. About 54% of the Indian smartphone market has been cornered by Chinese companies are making their way to the fastest-growing smartphone market in the world. As per a recent Confederation of Indian Industry study, Chinese investment in the electronics and information technology products sector is worth nearly $22 billion. There is a growing suspicion that Chinese Mobile Device manufacturers might be accessing consumer data from the smart-phones / devices, without user permission and sending it to Chinese servers which is out of Indian jurisdiction. Keeping this in mind, Government of India has recently ordered as many as 21 phone makers, including leading Chinese brands to give "detailed, structured written response" on how they secure data and ensure its safety and security.As per recent reports, a Chinese mobile device company; One Plus has been collecting user data without their consent. It has been mentioned that the company collects its handset users' IMEI numbers, mobile network names, MAC addresses, and IMSI prefixes among other information specifically related to WI-FI information, App Access and Screen active timestamps. Furthermore, no provision has been made for the users to disable this telemetry data collection.It is not just the Mobile device manufacturers we have to be wary of but also the app developers. Mobile Apps have been aggressively developing apps which require permissions to access the sensitive information under the garb of assisting their referral programs or better user experience. Does it imply that we should be raising our guards the moment a device manufacturer or an app developer transfers the sensitive data to a Chinese controlled server? We have to be judicious in our approach and trust plays an important role in matters concerning privacy. Privacy invariably is protected by the law of the land, but hard evidence is required before we can conclude that the law has been broken. Malicious Apps have been stealing sensitive data from the devices and storing them on servers, however very recently, researchers discovered a Chinese App for Smartphones, siphoning off with sensitive user data and storing them on private servers. The app in question is the “DU Antivirus Security”, it collected the personal information about its users viz. unique identifiers, contact lists and call logs which was then relayed to two different servers, with one of them belonging to an employee of Baidu. The data was reused commercially by their sister app “Caller ID & Call Block – DU Caller” and as the name suggests is related to providing Caller ID Information.It’s a long known fact that App Developers have access to user data, furthermore, they use this data for developing and building services, but how much of this is shared with Third-Party is never known unless they suffer some kind of breach or someone stumbles upon it. The third party could be Governments or Advertisement Networks, one cannot be simply sure of this back-door alliance.It is imperative for all the Governments to wake up to the fact that it’s not just the Device manufactures but also the App Developers who may siphon off the much coveted Citizen’s Personal Information. They also need to introspect about the data being accessed by rogue governments and is the most worrying factor which has had everyone on tenterhooks.For More information, please visit - www.escanav.com39555 Orchard Hill Place, Suite 600 Novi, MI 48375

10-04-2019 | IT, New Media & Software
MicroWorld Technologies Inc.
MicroWorld to launch Nemasis at the 39th Gitex Technology week
Leading cyber security giant, Microworld have announced the unveiling of their new cyber security solution, Nemasis (VAPT) at the 39th edition of Gitex Technology week, which is to be held at the World Trade Center in Dubai from the 6th to the 10th of October 2019. MicroWorld along with its seniority team can be located at the SR F1 booth at the Sheik Rashid Hall. Nemasis is a vulnerability management
05-22-2018 | IT, New Media & Software
MicroWorld Technologies Inc.
eScan delights its channel partners with a trip to Pattaya
eScan, one of the leading anti-virus solution developers had launched an offer to reward its channel partners with 2 nights and 3 days trip to Pattaya. The offer was launched exclusively for Southern region and about 70 partners from the region had been to the destination. The 2 Nights/3 Days luxury outing to Pattaya was packed with tranquil sightseeing that included a visit to Coral Island that offers plenty of water
05-15-2018 | IT, New Media & Software
MicroWorld Technologies Inc.
eScan products receive 100% clean certificate from Softpedia
eScan’s Internet Security Suite (ISS) for Windows and eScan’s Anti-Virus (AV) have received the coveted 100% clean certificate from Softpedia among its peers. The tests were conducted on both products in the Softpedia labs in April 2018. The results showed that eScan’s ISS for Windows and eScan’s AV do not contain any form of malware, including but not limited to: spyware, viruses, trojans and backdoors. These products were tested thoroughly
03-26-2018 | IT, New Media & Software
MicroWorld Technologies Inc.
eScan’s ISS for Windows achieves VB 100 Test Certificate
eScan has successfully cleared Virus Bulletin’s VB100’s comparative review test for its eScan Internet Security Suite (ISS) for Windows. The test, in February 2018, was conducted on Windows 7 and 10 Professional. eScan Internet Security Suite proved its capability of providing advanced protection against malware listed by WildList Organization with the RAP score of 92.1% and Zero False Positives. Virus Bulletin is a world-renowned independent testing and certification body, in

09-07-2017 | Advertising, Media Consulting, …
MarketResearchReports.biz
Chinese Influence on Global Infrastructure
"The Latest Research Report Chinese Influence on Global Infrastructure provides information on pricing, market analysis, shares, forecast, and company profiles for key industry participants. - MarketResearchReports.biz" About Chinese Influence Market This report outlines and analyzes all infrastructure projects around the world in which Chinese companies including owners, financers, and contractors are involved. Summary Throughout the 21st century, China has been a world leader in expanding its infrastructure base, creating the worlds largest high-speed rail
09-06-2012 | Business, Economy, Finances, B …
Chance & Bridge Partners
Chinese Investors Look Abroad
Beijing, China July 30, 2012 – An Outbound Investment Seminar hosted by Chance & Bridge Partners drew a large audience of investors, Chinese SMEs, and international partner law firms. Many Chinese investors and companies are looking to diversify their holdings and enter new markets. This has led to an increase in cross-border investment, banking, consulting, and legal services for the Chinese clients. Many of these areas were addressed during the
01-14-2011 | IT, New Media & Software
Host1Plus
Host1Plus enters Chinese market
London, United Kingdom, January 14, 2011 - Host1Plus, a London based international hosting company has started its operations in Chinese market. The services will be managed from Singapore. Host1Plus has contracted with one of the best data centers in Singapore. This deal allows Host1Plus providing the locally bases services in main language of China. The Chinese support will operate 24/7. The Chinese version of the website is http://cn.host1plus.com in Chinese Simplified
04-27-2010 | Energy & Environment
MWM GmbH
MWM ‒ Chinese Web Site Online
Mannheim, April 26, 2010 In mid-April, a new Web site of MWM GmbH in Chinese went live. However, the new domain with the Internet address mwm.cn is not merely a Chinese translation of the corporate Web site mwm.net. In addition to general information about the Mannheim-based company, the site also features special content elements for the Chinese market. The site contents are also available in English. MWM, a tradition-rich company established
07-13-2009 | Arts & Culture
Yingru.com
About Chinese Calligraphy
Derived from the Greek words for "beauty" and "writing", calligraphy is a very old art. Usually the necessary tools for writing calligraphy are paper, quill and ink. Chinese Calligraphy is based on Chinese characters that are handwritten on paper as well as bones and plates of clay or stone using a brush or a knife (seal carving). In the broader sense calligraphy is a play of brush strokes both, in the
10-07-2008 | Business, Economy, Finances, B …
Questrade Inc.
Questrade launches Chinese outreach initiative
Toronto, ON (October 8th, 2008) – Questrade Inc. today announced a new initiative for the Chinese-speaking community. This includes: the Questrade corporate website in traditional and simplified Chinese. The site includes pricing and rates, trading platforms, investment products and services, security and privacy, and contact information. Also available is Questrade’s live help tool, which allows clients to chat instantly online with client services representatives in simplified and traditional Chinese. Edward
Comments about openPR
OpenPR is clearly structured and remains true to its principle of confining itself to the essential parts. OpenPR has proven to be a very good and reliable partner to our media agency: Within the shortest time the releases are online and go down well with the media representatives. The success of OpenPR is reflected in the steadily increasing number of press releases. It is good that OpenPR exists!
Ursula Koslik, Director Marketing & PR, F+W Hamburg