Trip Continues with Submersive's Trance Music "Beneath the Surface 017" 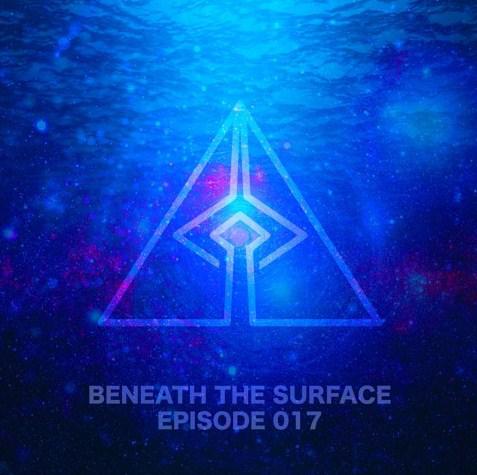 SUBMERSIVE - Beneath The Surface 017

Trance music is the new favorite of this generation. Despite being the oldest genre of dance music, it continues to create a craze amongst the young generation too. The rising superstar for this trance music genre is Submersive on Soundcloud. His Soundcloud profile is filled with different kinds of trance music. Trance music is characterized by a particular tempo and repetitive melodic phrases. This musical form distinctly raises a feeling of tension which gives a psychedelic push in you. Though Trance is a genre of its own, it also absorbs power from other genres like techno, house, pop, chill-out, classical music, tech house and ambient music. That means this one genre can give you the essence of many more musical tracks.Submersive is overwhelming his fans by giving them a different sensation through the tracks of trance and psytrance. The album “Beneath the Surface 017” is no exception than that. The melodious harmony of drums, keyboard and voice has helped the listeners to go on a heavenly journey beyond this material world. The rhythmic, ambient and smooth music has helped to create different space in the human brain. All the tracks of this album design a drama inside the mind. His musical tracks give a supernatural experience amongst people. Submersive’s Soundcloud gallery helps one to travel around the universe only by listening to the tracks. At the age of 10, he started his musical journey with drums and three years later he became a DJ – after that there was no looking back for him.Trance music is the soulful connection of music and the mind. Submersive successfully accomplishes that connection to let people feel the dainty world and move with the metrical groove. To enjoy his tracks of trance genre, tune into Soundcloud, and listen to “Beneath the Surface 017”, along with other great tracks.Please visit here to listen this song of Submersive: https://soundcloud.com/submersivemusic/beneath-the-surface-017We at Music Promotion Club have helped various artists, musicians, lyricists and many others with Soundcloud Promotion. To promote your music and get an entry into the esteemed music industry, soundcloud promotion is very effective.We manually do all the Promotions via our dedicated team and guarantee you to be able to show results after an week of promotion.Music Promotion ClubIndia West Bengal Kolkata- 700040 5/10 A Netaji Nagarinfo@musicpromotion.club


More Releases for Beneath

01-12-2018 | Leisure, Entertainment, Miscel …
Music Promotion Club
Experience the Mesmerizing Blend in SUBMERSIVE’s “Beneath The Surface023”
Music is something that can lead you towards a relaxed ambience. A fresh and energetic track always works as a mind-blowing ointment to heal your pain. A lot of musician has now released their unique musicality in soundcloud and SUBMERSIVE is one of them. This multi-talented artist out of Los Angeles is drawing the attention of good number of listeners. One will experience a multi-sensory moment after tuning into this
12-21-2017 | Sports
CCGrass
The grass beneath your pet’s paws
It is rare that we consider the ground beneath our pets. In most passing moments, it not something that crosses our minds. Take a moment to consider what is beneath them when they are playing, resting, and perhaps most importantly, when they are reliving themselves. A common dog park might seem like a fun and relaxed place but microscopically it is a war zone. Sure, as pet owners we all
11-16-2017 | Leisure, Entertainment, Miscel …
Music Promotion Club
SUBMERSIVE’s “Beneath The Surface020” is Truly Mesmerizing Track
Music is something that motivates our soul and energizes our mood. People listen to music in order to feel free in this competitive world. The world of music has recently received a good number if singers based on different genres. But, most of them have failed to establish their goodwill in this music industry. In this case, SUBMERSIVE, the multi-talented superstar is an exceptional name. Hailing out of Los Angeles,
10-27-2017 | Leisure, Entertainment, Miscel …
Music Promotion Club
SUBMERSIVE’s “Beneath the Surface 018” will soothe your soul
You must have heard the name of the versatile trance music artist SUBMERSIVE. Haven’t you? Then you should check out his Soundcloud gallery and listen to the breathtaking music. The 26 year old SUBMERSIVE is a promising music producer of Los Angeles, who is currently setting fire on the musical arena with his mesmerizing songs. He has launched a new sensation “Beneath the Surface018” on Soundcloud. This young star loves
08-04-2017 | Leisure, Entertainment, Miscel …
Music Promotion Club
SUBMERSIVE’s "Beneath The Surface 013" Setting Flame in Music Industry
SUBMERSIVE, the new progressive artist is releasing back-to-back trance single. Hailing out of Los Angeles, this artist has won the hearts of many listeners in soundcloud. Through his new creation “Beneath The Surface 013”, the singer has taken the listeners on an ethereal journey. This 26 years old artist has started these sonic revolution years ago when he discovered the rhythmic power. At the age of ten, SUBMERSIVE has picked
07-11-2017 | Leisure, Entertainment, Miscel …
Music Promotion Club
Submersive Is Back With Episode 11 Of “Beneath The Surface”
When it comes to hypnotic, transcendental and mesmerizing feelings, no other music genre can be as good as trance. Trance music as the name suggest is one of the most incredible genre of electronic dance music. Be it the rhythms, or the chilling melodies, trance music is the core for any parties and a mandatory music for clubs and pubs. With various DJs and music composers trying their hands in
Comments about openPR
OpenPR ist the nicest and most clearly laid out PR platform I have seen to this day. The press releases are displayed very nicely and clearly and without any unnecessary frills. The updates are fast and the finished release looks appealing and is clearly legible. Even with 16 years of experience one discovers new things from time to time. Congratulations!
Gabriele Ketterl, Director Marketing & PR, Menads