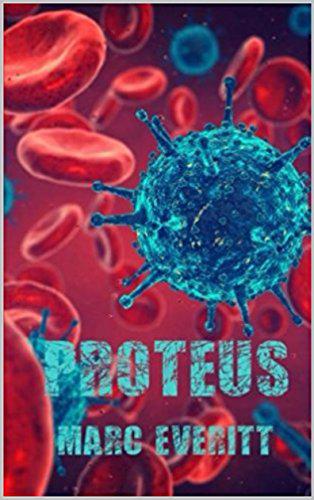 ISBN #978-1976129513Apocalyptic sci-fi novel “Proteus” by Marc Everitt is publishedAn alien virus threatens to end human civilisationAbout the Book:Small town, rural America. A man walks into a hospital for help, except this man can't be helped. He will die horribly, and he is just the first of many. Dr Jamie Metcalf fights viruses. He was the rising star of the Army Medical Corps Rapid Response Unit before he gave it up for his family. He swore he'd never go back but an outbreak has started, unlike anything seen before, and if it can't be contained then the loss of life will be unthinkable. For this is something new, something lethal, perhaps something unstoppable; and it's not from round here…About the Author:Marc Everitt lives in Swindon in Wiltshire, England. Marc has a degree in English Literature & Philosophy from the University of Hertfordshire and is a ltd co director in financial services. Marc has now written three standalone science-fiction novels along with a space opera trilogy and he is currently working on a collection of mixed genre short stories.Excerpt from the book:“Hancock made his way back to his Humvee and was screeching his bad-tempered way out of the car park and back onto the road out of town within a moment. He had no way of knowing that he had just bought himself a few hours more life because the size of the ordnance being dropped on the hospital site was far bigger than he had been told and every one of the men around the perimeter was about to die along with everyone in and around the hospital itself.The entire site, including the army medical research compound, the hospital, its grounds and all the human beings – living and dead, infected or otherwise, were about to cease to exist. Any trace of the Proteus virus which might be in their bodies or in the air nearby was about to be incinerated, either in the explosion itself or else the superheated air it would cause. The cover story of a faulty gas main and a tragically unfortunate accident was already lined up ready to release to the press. Colonel Knight was taking no chances. Corporal Hancock had been spared from an instant fiery death, although as he drove back out to the outskirts of town he did not know about his luck and would not know until he saw the huge fireball in his rear-view mirror and hear the roar; but his time was coming and when it did, he would have been glad to have had the chance to trade the way he died with the explosion he avoided. There are slower and more painful ways to die and luck can be a funny thing, itself not being without a sense of irony.”“Proteus” by Marc Everitt is available in paperback format from Amazon at:https://www.amazon.co.uk/Proteus-Marc-Everitt/dp/1976129516This novel is also available to download in e-book format at:https://www.amazon.co.uk/Proteus-Marc-Everitt-ebook/dp/B075FYGCHW Press/Media Contact Details:Darin Jewell Managing Director The Inspira Group Literary Agency Tel. 0208 292 5163 E-mail: darin@theinspirgroup.comThe Inspira Group is a professional literary agency based in London, England.5 Bradley Road Enfield, Middlesex London, England EN3 6ES