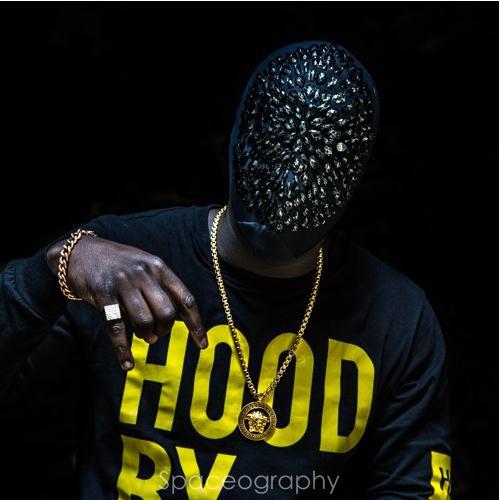 Hip hop and rap lovers always keep an eye on soundCloud for fresh tracks. The craze of hip hop and rap music is ever-growing with global music lovers craving for more and more compositions from new artists. Contemporary hip hop and rap has start a new music journey with exotic music and uncanny rap styles that compels listeners to stay hooked on soundCloud. Amongst many new hip hop artists and rappers, one name without with contemporary hip hop scene is incomplete is Mavro Moonman. After getting viral with his six amazing compositions, Mavro is ready to blow fan’s mind with the new track “Ric Flair”. For all who want to feel the charisma of the charming star, headover to SoundCloud and enter into the music gallery of Mavro Moonman.Hard-hitting lyrical blends, flawless rapping style and power pack energy defines Mavro Moonman’s hip hop music. He is a native of Maryland, United States and is well acquainted with the upcoming trends in the genre. He is one artist who doesn’t give a second thought before trying new rapping styles. Mavro is signed with ZIK entertainment yet he is also independent and looking up to acquire a solid space on the hip hop industry. Some of the incredible tracks that require special mention are “Joll of Freestyle”, “Don’t Stop”, “Moonmen-Trap For”, Whisper Song Freestyle” and a few more. All these tracks clearly reflect Mavro’s versatility on the art form.The recent composition by Mavro is “Ric Flair” by ZIK Entertainment. In this track Mavro teams up with other artists like Winter Uno and Stone and these three powerful artists just creates the magic. From feet tapping beats to rapping and singing, the track is perfect for refueling energy and driving fans to the dance floors. Global hip hop enthusiast, enjoy this track and feel the difference. For listening this song, please visit this link : https://soundcloud.com/mavro-moonman/ric-flairWe at Music Promotion Club have helped various artists, musicians, lyricists and many others with Soundcloud Promotion. To promote your music and get an entry into the esteemed music industry, soundcloud promotion is very effective.We manually do all the Promotions via our dedicated team and guarantee you to be able to show results after an week of promotion.Music Promotion ClubIndia West Bengal Kolkata- 700040 5/10 A Netaji Nagarinfo@musicpromotion.club

03-09-2017 | IT, New Media & Software
MarketResearchReports.biz
The Mobile Healthcare (mHealth) Bible Market Will Reach At CAGR Of 40% Between 2 …
"The Report The Mobile Healthcare (mHealth) Bible: 2015 - 2020 provides information on pricing, market analysis, shares, forecast, and company profiles for key industry participants. - MarketResearchReports.biz" With more than 7 Billion mobile network subscriptions worldwide, the mobile communications sector is rapidly gaining traction from a diverse range of vertical sectors. Healthcare is no exception to this trend. As healthcare providers seek to maximize their patient outreach while minimizing costs, many
Comments about openPR
OpenPR ist the nicest and most clearly laid out PR platform I have seen to this day. The press releases are displayed very nicely and clearly and without any unnecessary frills. The updates are fast and the finished release looks appealing and is clearly legible. Even with 16 years of experience one discovers new things from time to time. Congratulations!
Gabriele Ketterl, Director Marketing & PR, Menads