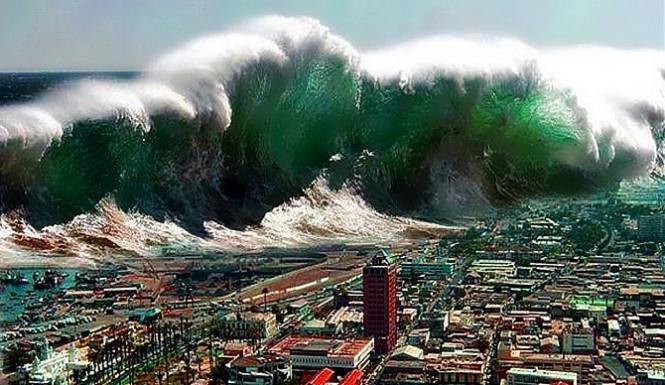 Natural Disasters are on the Rise

You can edit or delete your press release Have God’s Delayed Judgments Finally Come? here

04-17-2021 | Leisure, Entertainment, Miscel …
Advent Messenger
Oklahoma Conference Proposes Bylaws Change Aligning Themselves with the NAD
Fulcrum7.com, April 16, 2021 – The Oklahoma Conference of Seventh-day Adventists holds their regular Conference Constituency Meeting this Sunday on April 18th. Delegates received a paper outlining bylaws changes just a couple days ahead of the meeting. One of the proposed changes affecting the relationship of the Oklahoma Conference to the world Church is substantive. Constitution & Bylaws Changes • Notice how the proposed changes (line 19) inserts the North American Division (NAD)
03-14-2021 | Leisure, Entertainment, Miscel …
Advent Messenger
The North New Zealand Conference President Responds to the Fallout over His Comm …
Three days ago Bob Larsen, President of the North New Zealand Conference, disavowed the National Sunday Law book in an interview with the local media. The news sought an official response from the Seventh-day Adventist Church about a mass distribution campaign currently underway in New Zealand. The media wanted answers as to why some in the community were “horrified” and “disgusted” with the National Sunday Law book that was being
03-01-2021 | Leisure, Entertainment, Miscel …
Advent Messenger
Oakwood University is Seeking $100,000 to $250,000 a Year in State Money to Run …
Oakwood University, a Seventh-day Adventist institution, is seeking to partner with state government officials to distribute vaccines to ethnic minority populations and rural communities. On February 11, 2021, Oakwood University President Leslie Pollard expressed these sentiments to WAFF News Channel 12: Oakwood University’s president says he hopes the University can be a part of improving those numbers by submitting its proposal for a grant to run vaccination clinics in minority communities.
03-01-2021 | Leisure, Entertainment, Miscel …
Advent Messenger
Pope Francis Summons the Churches to Unite and Seventh-day Adventists Obey
On Sunday, January 17, 2021, Pope Francis summoned the different representatives of the Christian churches to celebrate the “Week of Prayer for Christian Unity.” The event aimed to deepen the relationship of the churches with each other in order to create a more visible unity. The theme of this year’s unity event announced by Pope Francis was called “Abide in my love and you will bear fruit.” [1] The churches responded

09-11-2017 | Politics, Law & Society
Advent Messenger
Trump’s National Day of Prayer: Is God Listening?
President Donald Trump issued a proclamation this past Sunday to be the National Day of Prayer for Hurricane Harvey victims. He called upon all Americans and all houses of worship to unite in prayer to God for the nation and to assist those suffering from the consequences of the storm. Even though this is a welcome step in the right direction that we acknowledge God and the significance of prayer, it
09-13-2016 | Associations & Organizations
A Work of Hope
EVANGELIST PASTOR JOHN COLLINS WALKS FOR GOD BECAUSE "GOD MATTERS"
Wheatland, Wyoming: Evangelist Pastor John Collins, head pastor of Love That Cross Ministries, is recognized as one of the 15 most influential pastors living in the United States today by Inspirational Faith Magazine. His faith is unwavering and inspirational. His preaching is spiritual and moving. His style is vibrant and animated. He is a fresh and honest example for evangelism, revival, and renewal that is sweeping the
03-01-2013 | Arts & Culture
Jerry Pollock PhD
God And Science: Jerry Pollock PhD Explains Why Science Is, In Fact, The Search …
In Jerry Pollock’s view, God is the Master Scientist. However God operates on a different level of science because He has limitless powers that human scientists do not, indeed cannot understand. God is the unified theory of the universe that Einstein so desperately sought to find, even on his deathbed. “With God,” Pollock stated, “we are not just dealing with another human being. His powers and His intelligence are trillions of
01-24-2013 | Arts & Culture
Jerry Pollock PhD
God and Science: Author Jerry Pollock, PhD Proposes Science Does Not Does Exclud …
In a recent symposium in New York City, scientists who both believed and disbelieved in God discussed the problematic issue of science and religion. Opponents of a Supreme Being involved in creating our universe framed their arguments around their beliefs that centuries of scientifically proven biological experiments and theoretical physics and mathematics exclude God’s participation, while proponents took the opposite view where they felt that science cannot answer all the
08-04-2008 | Arts & Culture
Mukul Goel
New Book Explains How Devotional Hindus Connect to God
Mukul Shri Goel, PhD, published by iUniverse, Inc., the leading provider of publishing technology solutions for authors, has announced the release of Devotional Hinduism: Creating Impressions for God. From the first moment we utter a name of God with a wish to reach him, we trigger our spiritual evolution. As we eventually reach the peak of spirituality, we no longer desire liberation but aspire to love God forever. How does this
09-03-2007 | Health & Medicine
Noble Foundation
Man is God but lacks self-realisation: 'You Are God' book by Shashi Verma
A recently released book by Shashi Verma, You Are God – The Bhagavad Gita as never before, provides the answer to man’s eternal quest, “Who am I?” and “Who is God?” It clearly says that man is himself God but does not have the self realization that he is God. The author explains that man can free himself from ageing and death and attain everlasting life in the same physical
Comments about openPR
OpenPR ist the nicest and most clearly laid out PR platform I have seen to this day. The press releases are displayed very nicely and clearly and without any unnecessary frills. The updates are fast and the finished release looks appealing and is clearly legible. Even with 16 years of experience one discovers new things from time to time. Congratulations!
Gabriele Ketterl, Director Marketing & PR, Menads