God and Science: Author Jerry Pollock, PhD Proposes Science Does Not Does Exclude God But That God Includes Science 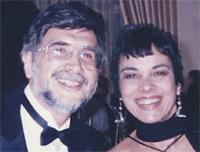 In a recent symposium in New York City, scientists who both believed and disbelieved in God discussed the problematic issue of science and religion. Opponents of a Supreme Being involved in creating our universe framed their arguments around their beliefs that centuries of scientifically proven biological experiments and theoretical physics and mathematics exclude God’s participation, while proponents took the opposite view where they felt that science cannot answer all the mysteries of life and there must be something more.Lawrence Krauss, a theoretical physicist at Arizona State University, suggested that God was more of an abstraction because religion had no direct role to play in explaining our world. At the same time, he felt that science could and has adequately answered most of our worldly questions. A contrary view was taken by author Dinesh D’Souza who indicated that science and religion were two fundamentally independent entities. D’Souza argued that while science can help tell us about how our universe began and progressed, science cannot answer why the universe exists, the purpose of our existence, and what will come afterward. Ian Hutchinson, a professor of nuclear and engineering at MIT, acknowledged that although science can help us understand the world, science was still compatible with a separate role for religion. This role was disputed by Michael Shermer, founding publisher of Skeptic magazine, who counter argued that a Supreme God was just one of a thousand gods who have disappeared from the public eye.“In my opinion,” Pollock stated, “you just can’t count the last five-hundred years of scientific advances as Dr. Krauss suggests. You need to search for God from the beginning of the universe and through the billions of years of planetary existence. No scientist can explain the origin of life, or even the inner workings of Evolution. Although scientists can offer hypotheses on God’s miracles, no experimental evidence exists to exclude God from creating our entire world”.In 2003 in his book, ‘Divinely Inspired: Spiritual Awakening of a Soul’, Jerry Pollock proposed that God was the master scientist responsible for both Creation and Evolution. With the publication of 'Putting God Into Einstein’s Equations: Energy of the Soul' in April of 2012, Jerry Pollock from our earthly world and wife Marcia Pollock from the spirit world have collaborated to spiritually calculate the God Field. They suggest the possibility that the recently discovered “Higgs field” and the “God Field” could be one and the same. If that is a given, the question that must be asked is - 'Is God responsible for our earthly world?''Putting God Into Einstein's Equations: Energy Of The Soul', is a groundbreaking work in which Pollock blends science and spirituality in a way that has never been done before - through scientific measurements. Jerry Pollock believes the issue may not be 'God OR science', but is rather 'God AND science'.“Do scientists really believe,” Pollock continued, “that they can attribute the intricacies of the miraculous workings of the human body at the cellular level to evolutionary principles without the aid of a Supreme Being master designer?"'Putting God Into Einstein's Equations' definitively answers questions about God, the big bang, Einstein’s Relativity Equations and how they fit in with God’s energy, soul mates and love, the spirit world of souls, past lives, telepathic thought-energy communication, eliminating negative body-soul energy, intelligence of the soul, acquiring spirituality, miracles, resurrection and reincarnation, the Devil, good and evil, and how we can live for the eternity. The book was co-authored with his deceased wife, Marcia Pollock.The 'God Test' is available at Pollock's website. Jerry Pollock is available for media interviews and can be reached using the information below or by email at jerrypollock@bellsouth.net. 'Putting God Into Einstein's Equations: Energy Of The Soul' is available at his website, Amazon and Barnes and Noble. More information is available at his website.Dr. Jerry Pollock is Professor Emeritus from Stony Brook University on Long Island where for thirty years he was an academic and research scientist publishing seventy-five scientific articles including seven patents. He holds bachelors and masters degrees in Pharmacy from the University of Toronto, a PhD in Biophysics from the Weizmann Institute of Science in Israel, and has postdoctoral training in Microbiology from New York University Medical Center. Marcia Pollock is deceased and held a bachelors degree in psychology from Stony Brook University and a Master of Arts in Special Education from C. W. Post University on Long Island. Marcia and Jerry are the coauthors of their recently published unique book, “Putting God Into Einstein’s Equations: Energy of the Soul.” Jerry wrote from our earthly world and Marcia’s soul suggested and confirmed from the spirit world.PO Box 1914 Shallotte NC 28459 jerrypollock@bellsouth.net http://www.JerryPollock.com

You can edit or delete your press release God and Science: Author Jerry Pollock, PhD Proposes Science Does Not Does Exclude God But That God Includes Science here

03-01-2013 | Arts & Culture
Jerry Pollock PhD
God And Science: Jerry Pollock PhD Explains Why Science Is, In Fact, The Search …
In Jerry Pollock’s view, God is the Master Scientist. However God operates on a different level of science because He has limitless powers that human scientists do not, indeed cannot understand. God is the unified theory of the universe that Einstein so desperately sought to find, even on his deathbed. “With God,” Pollock stated, “we are not just dealing with another human being. His powers and His intelligence are trillions of

09-11-2017 | Politics, Law & Society
Advent Messenger
Trump’s National Day of Prayer: Is God Listening?
President Donald Trump issued a proclamation this past Sunday to be the National Day of Prayer for Hurricane Harvey victims. He called upon all Americans and all houses of worship to unite in prayer to God for the nation and to assist those suffering from the consequences of the storm. Even though this is a welcome step in the right direction that we acknowledge God and the significance of prayer, it
09-13-2016 | Associations & Organizations
A Work of Hope
EVANGELIST PASTOR JOHN COLLINS WALKS FOR GOD BECAUSE "GOD MATTERS"
Wheatland, Wyoming: Evangelist Pastor John Collins, head pastor of Love That Cross Ministries, is recognized as one of the 15 most influential pastors living in the United States today by Inspirational Faith Magazine. His faith is unwavering and inspirational. His preaching is spiritual and moving. His style is vibrant and animated. He is a fresh and honest example for evangelism, revival, and renewal that is sweeping the
03-01-2013 | Arts & Culture
Jerry Pollock PhD
God And Science: Jerry Pollock PhD Explains Why Science Is, In Fact, The Search …
In Jerry Pollock’s view, God is the Master Scientist. However God operates on a different level of science because He has limitless powers that human scientists do not, indeed cannot understand. God is the unified theory of the universe that Einstein so desperately sought to find, even on his deathbed. “With God,” Pollock stated, “we are not just dealing with another human being. His powers and His intelligence are trillions of
08-04-2008 | Arts & Culture
Mukul Goel
New Book Explains How Devotional Hindus Connect to God
Mukul Shri Goel, PhD, published by iUniverse, Inc., the leading provider of publishing technology solutions for authors, has announced the release of Devotional Hinduism: Creating Impressions for God. From the first moment we utter a name of God with a wish to reach him, we trigger our spiritual evolution. As we eventually reach the peak of spirituality, we no longer desire liberation but aspire to love God forever. How does this
09-03-2007 | Health & Medicine
Noble Foundation
Man is God but lacks self-realisation: 'You Are God' book by Shashi Verma
A recently released book by Shashi Verma, You Are God – The Bhagavad Gita as never before, provides the answer to man’s eternal quest, “Who am I?” and “Who is God?” It clearly says that man is himself God but does not have the self realization that he is God. The author explains that man can free himself from ageing and death and attain everlasting life in the same physical
07-10-2006 | Politics, Law & Society
Fundatia Casa Don Bosco
Sunday word: God is dead
Ziarul de Sibiu June 7th 2006 God is dead, the atheist told me. I told him: That’s strange, I have just talked to Him. Yesterday’s relics, the communists and the atheists, still exist in great numbers in Romania, this most wonderful and still so morally destroyed country. They still spread their poison, they haven’t learned anything yet, they do not want to accept the new reality. They live by the
Comments about openPR
We publish our press releases on openPR.de because we like people who are "open" - just like us.
Frank Obels, CEO, INCONET - Informationssysteme, Communication und Netzwerkberatung GmbH