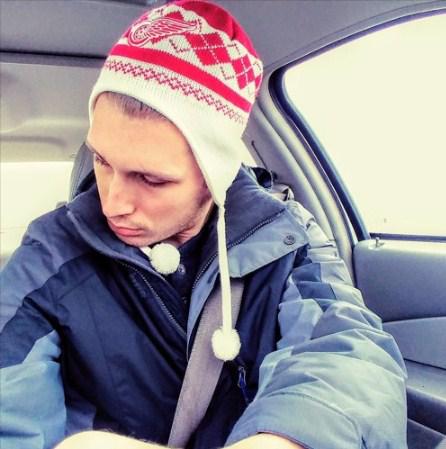 The 21st century has seen a huge rise in the popularity of hip hop and rap music. The music is been taken up by many artists across the world. Amongst all new and old artists, Yung Mick in Soundcloud is making huge noises with his uber-cool hip hop, rap and pop music. This 23-year old artist from Michigan, USA is rocking the Soundcloud arena with his musical prowess. Yung Mick is an independent artist with a strong voice and wants to make music with a difference. His songs are all about memorable lyrics, smooth flows and positive vibes that the fans can easily relate.Yung Mick is one of the talented pop-rap and hip hop singers who have the power to captivate his audiences. The song continues to climb the ladder of success in the music-arena of Soundcloud. He incorporates his music with some of the amazing instruments and satiates the music appetite of his fans all over the world. Yung Mick aka Chris Mickey is spreading musical vibes at a very young age and making his fans enjoys some superb collection. Mick ensures to grow his fan base with and draw-in more and more listeners with his songs on Soundcloud.Yung Mick is inspired by artists worldwide and wants to make an impact with his songs. He believes he would be able to rise on the top with his musical expertise. Also, he plans to make music that people can take inspiration from and boost their confidence. Soon, he will launch his other new songs and wants to be remembered for his music. Fans of Yung Mick must listen to songs, like – “Hold It”, “My Moment”, “Red Garcia”, “My Marine”, and “Letter to Dad” are some of his hit tracks available only on Soundcloud. They can also connect with Yung Mick on Twitter and Instagram.To listen the music, Please click the following link: https://soundcloud.com/yungstopitWe at Music Promotion Club have helped various artists, musicians, lyricists and many others with Soundcloud Promotion. To promote your music and get an entry into the esteemed music industry, soundcloud promotion is very effective. We manually do all the Promotions via our dedicated team and guarantee you to be able to show results after an week of promotion.Music Promotion Club India West Bengal Kolkata- 700040 5/10 A Netaji Nagar info@musicpromotion.club

06-11-2020 | Arts & Culture
BookBuzz.net
Singer/songwriter Mick J. Clark Promotes His Novel - Message From A Star
Singer/songwriter Mick J. Clark Promotes His Novel - Message From A Star Singer/songwriter Mick J. Clark promotes his novel, Message From A Star which was written under the name of Michael J. Clark. Some friendships are written in the stars. Thirty years after their high school graduation, former best friends, Joe and Chad, accidentally meet again in an Orlando hotel. But there will be nothing accidental about the chain of events
01-17-2018 | Industry, Real Estate & Constr …
Market Research Future - MRFR
Global Construction Aggregate Market - Explore Market trends, analysis, forecast …
The Analysis presents the study of Worldwide Construction Aggregate Market facilitating the regional and country wise analysis covering the strategic analysis of each market player and the market share they hold Market Scenario The global construction aggregate market is driven by the growth in construction and infrastructure industry along with increased investment. The Construction Aggregate market is applications driven and is highly dependent on the residential, commercial and infrastructure development. With the
12-14-2010 | Business, Economy, Finances, B …
CESA
New Chair Mick Shaddock commits CESA to protect the interests of the foodservice …
Mick Shaddock is the new Chair of the Catering Equipment Suppliers Association (CESA). Of his vision for the Association he says: “CESA has an increasingly important role in influencing legislation, particularly in reference to sustainability and energy usage. It’s vital that we continue to build on this influence, in order to protect the interests of not only our members but the foodservice industry as a whole.” He
11-23-2010 | Business, Economy, Finances, B …
CESA
CESA award Steve Loughton for his outstanding contribution to the catering equip …
Steve Loughton, managing director of Standex Cooking Solutions Group, was presented with the Outstanding Contribution to the Catering Equipment Industry Award at the CESA Conference, November 2010, by Mick Shaddock, the chair of CESA. Steve has been active in the catering industry for 37 years, becoming the 35th chair of CESA in 2003, and holding that position for an unprecedented three years. He has chaired the association’s marketing committee, been a
09-06-2007 | IT, New Media & Software
seeker GmbH
mickr – fully featured mobile client for flickr™
[Eibelstadt/Germany, 5th of September 2007.] Seeker GmbH today unveiled mickr - a client software for accessing the flickr™ photo community directly from your mobile phone. It allows you to view photos in a very simple way. mickr will be available as a free download on www.mickr.de or can easily be downloaded via the phone\'s browser by simply visiting download.mickr.com. Both the phone model and the according version will be detected
01-17-2006 | Health & Medicine
Nemock, LLC
From New Year Resolutions To New Year Results
Each year people make resolutions to loose weight, reduce stress, have more time and live a life by design instead of one in reaction to everything around them. Many people need help to face the challenges of living in our modern world, but information on how to take care of the body can be confusing and sometimes misleading. Dr Mick Sicre, Doctor of Chiropractic in Reston, Virginia, has recognized
Comments about openPR
I can't but agree to the positive statements about your portal: easy to use, clear layout, very good search function, and quick editing!
Jens O'Brien, Borgmeier Media Communication