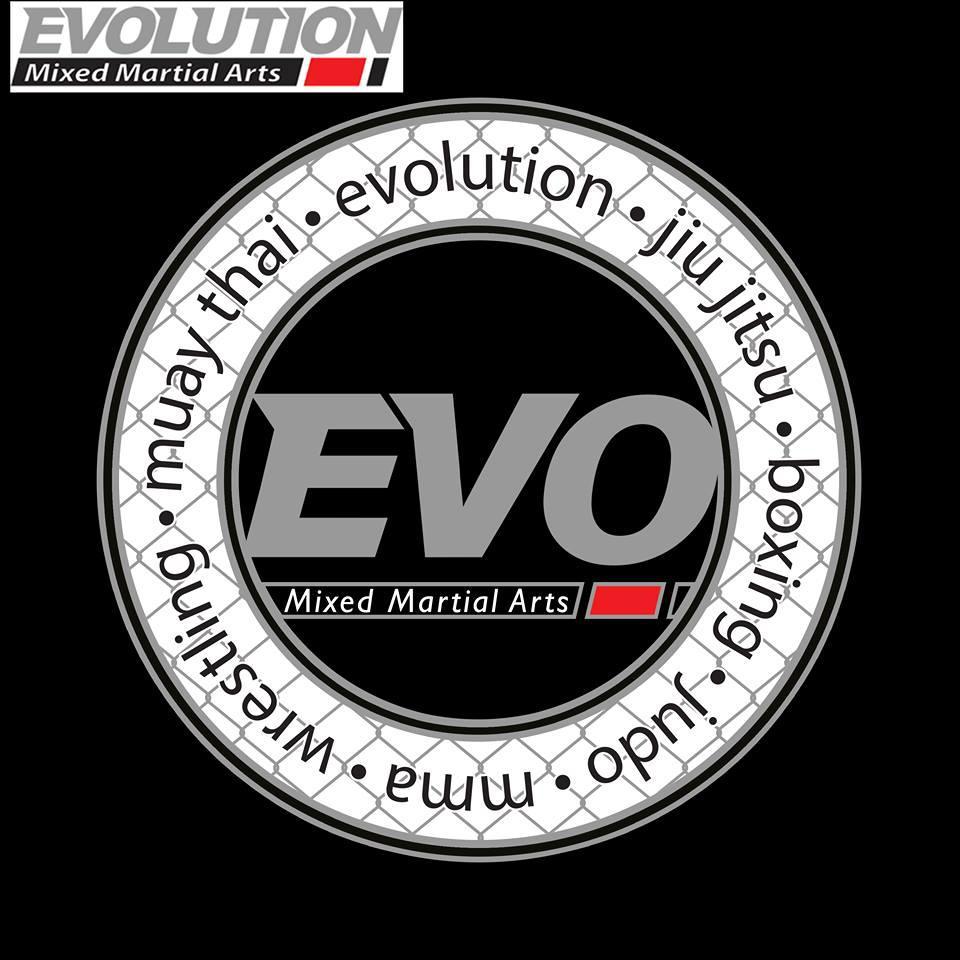 Evolution MMA Miami is proud to announce the latest addition to its schedule of martial arts and fitness classes: wrestling for adults and teens. When training for MMA, it is important to work on all areas of the fight game, and wrestling is no exception. In fact, some of the best MMA fighters of all time, such as Brock Lesnar, Chuck Liddell, and Rashad Evans, have a background in amateur wrestling.“Wrestling is very important for anybody wanting to be fluent in MMA, says owner of Evolution MMA Miami Dan Monteleone. “It [wrestling] allows a fighter to dictate the pace of the fight, and whether it is standing or on the ground. Although wrestling isn’t always the most popular among students because of the grueling pace of the class and the frequency of injury, for anyone who wants to compete, this class is imperative.”A strong wrestling foundation and good submission defense techniques allow even fighters who lack a strong striking game to become a force to be reckoned with. Evolution’s wrestling class teaches wrestling for MMA by focusing on techniques that help the fighter avoid strikes or submissions while improving their balance, explosiveness, and agility. The class aims to teach students to adapt to the mental and physical challenges of wrestling which are crucial to drive forward and push the pace in order to wear their opponents down. It can be easy to overlook the importance of wrestling when training to be a mixed martial artist, but for anyone who is serious about competing and winning in the sport of MMA, it is essential. “A strong wrestling base will allow fighters to go far in the sport of MMA,” says Monteleone, who has seen amateur fighters dominate fights with great wrestling and limited striking or Jiu-jitsu skills. It is our goal at Evolution Mixed Martial Arts to help create prepared, confident, and well-rounded fighters. Our wrestling classes are for athletes who want to improve their chances of success in the cage. Wrestling provides students with the skills and physical conditioning necessary to be explosive, strong, and unstoppable in a way that no other area of MMA does.Evolution MMA is a mixed martial arts school that specializes in the instruction of kickboxing, Muay Thai, wrestling, Brazilian Jiu-Jitsu, and Aikido. Offering a range of fitness and martial arts classes for adults, teens and children ages 6-12, Evolution MMA Miami has been the school of choice for many law enforcement officials, military personnel, professional athletes, fitness enthusiasts, and educators. Visit https://mmamiami.com/ for more information.Evolution MMA Miami 12013 SW 114 Place Miami, Fl 33176 info@mmamiami.com 3053848779

10-09-2017 | Sports
Evolution MMA Miami
Evolution MMA Announces Francisco Rodriguez their New Kids and Teens MMA Instruc …
Miami, FL: Evolution Mixed Martial Arts is pleased to announce the arrival of its new kids and teens MMA coach and adult Brazilian Jiu-jitsu instructor, Francisco Rodriguez. Frankie is a purple belt in Brazilian Jiu-jitsu and an experienced Mixed Martial Artist. He was born in Miami, Florida on April 15, 1987 and moved to Puerto Rico a few years later, where he grew up under the care of his grandmother.
03-30-2017 | Sports
Evolution MMA Miami
Kickboxing Classes Miami Moving to Morning Schedule
Evolution Mixed Martial Arts will now be offering cardio kickboxing in Kendall at 9am on Monday, Wednesday, and Friday mornings beginning Monday, March 27, 2017. Evolution MMA is proud to announce the latest addition to the schedule of martial arts and fitness classes: 9am kickboxing in Kendall. Now members will have more opportunities to work an invigorating kickboxing class into their busy schedules. This class will take the place of 9AM
01-10-2017 | Sports
Evolution MMA Miami
Evolution MMA Rings in the New Year with Launch of New Website
Miami, FL: Evolution Mixed Martial Arts announces today the professional re-launch of MMAmiami.com, a website devoted to providing information about their facilities, class schedule, and programs offered. Evolution MMA is pleased to report that it will now be featuring monthly blogs and articles to inform members and non-members about news in the MMA world, upcoming local events, Brazilian Jiu Jitsu and kickboxing tips and techniques, as well as information about fitness,

03-14-2020 | Business, Economy, Finances, B …
Shareholders Foundation
Lawsuit filed for Investors in shares of World Wrestling Entertainment, Inc. (NY …
An investor, who purchased shares of World Wrestling Entertainment, Inc. (NYSE: WWE), filed a lawsuit over alleged violations of Federal Securities Laws by World Wrestling Entertainment, Inc. i Investors in shares of World Wrestling Entertainment, Inc. (NYSE: WWE) have certain options and for certain investors are short and strict deadlines running. Deadline: May 5, 2020. NYSE: WWE investors should contact the Shareholders Foundation at mail@shareholdersfoundation.com or call +1(858) 779 - 1554. Stamford,
12-14-2017 | IT, New Media & Software
ReportBazzar
Wrestling Mats Market Potential Growth, Share, Demand and Analysis of Key Player …
ReportBazzar has released its latest research-based report entitled ‘Wrestling Mats’ market. Consumer goods are a category of stock and companies that relate to the things purchased by the consumers and not by the manufacturers and suppliers. This sector mostly include companies who are engaged with packaged good, food production, beverages, clothing, baby products, footwear, sports equipment and home décor& furniture. The consumer goods sector heavily depends on the consumer behavior.
01-06-2017 | Leisure, Entertainment, Miscel …
Manor Professional Wrestling Dinner Theater
The first Pro Wrestling Dinner Theater in Orlando FL
***** Doors open at 7:15pm Event starts at 730pm ****** *Hosting Location: Osceola Heritage Park Exhibition Hall 1875 Silver Spur Lane Kissimmee, FL 34744 *** PRE SHOW*** with The Manor's House Band Live Performance by: ANYONE’S GUESS Anyone’s Guess is a 3-piece, female-fronted rock/alternative band from Orlando, FL. With influences like Alanis Morissette, 30 Seconds to Mars, Tool, Staind, Sick Puppies and Foo Foo Crystal Freedom Fighters (Fanpage) :::: The History In Twenty-Twelve The Manor was built to
12-02-2016 | Sports
EZ Flex Mats
World of Wrestling Partnership Renewed
EZ Flex is proud to announce the extension of its partnership with World of Wrestling, promotor and director of some of the country's most prominant youth wrestling tournaments. As the official mat of World of Wrestling, EZ Flex will provide its high-performance lightweight wrestling mats to upcoming WoW tournaments like the Tulsa Nationals and Reno World Championships. These mats, in 42’ x 40’ and 30’ x 30’ sizes, will be made
09-30-2011 | Business, Economy, Finances, B …
Wrestler Shop
Online Wrestling Apparel Retailer – Wrestlershop.com
Launched this past June, 2011; Wrestlershop.com is already proving to be very popular with youth wrestler and combat athletes nationwide.The online retailer's primary product lines, Battleskinz and Defense Soap,are 100% American-made and among the best in combat apparel and skin care. The site's success comes to no surprise as Wrestlershop.com’s founder,Ohio's Scott Battaglia, wrestled for 13 years and has gone on to coach many district and state qualifiers,including a district champion
06-08-2009 | Leisure, Entertainment, Miscel …
Orangestone Promotions, Inc.
Wrestling Legend Kevin Nash To Attend Steel City Con
Pittsburgh, -- Orangestone Promotions, Inc., Promoters of the Steel City Con (steelcitycon.com) are Celebrating 20 years as Pennsylvania's Largest Toy and Pop Culture convention this December 4-6, 2009 at the Monroeville Convention Center. ( 135 Mall Boulevard, Monroeville PA 15146). Promoters of the Steel City Con have just announced several major Celebrities that will be doing a signing appearance at the upcoming Show. Wrestling fans will be treated
Comments about openPR
9 o'clock: discuss press release with client, 10 o'clock: submit release to openPR, within the briefest possible time release is published and displayed in a prominent place on openPR.de. I am thrilled!
Zehra Spindler, Calypso Now! - Communication Agency