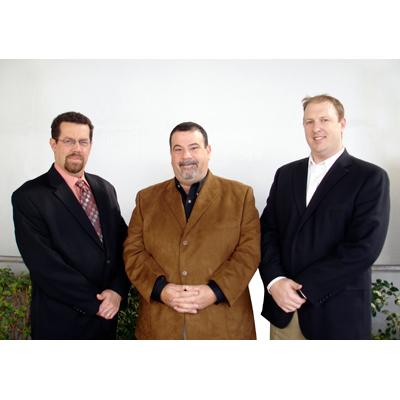 La Verne, CA – January 6, 2009 – Nextar™, a designer and marketer of bold and new consumer electronic products with mass appeal, has announced a new sales management team. The company’s sales efforts will be headed by Senior Executive Vice President & Director of Sales Joseph Greenfeld, who brings five-years of experience working within the Nextar associated family of companies. Rounding out the department will be Vice President of Sales Robert Sayles and Jason Liszewski. The restructuring takes effect January 1, 2009.“The Nextar brand has grown at a phenomenal rate in just three years, becoming the number 3 GPS brand according to The NPD Group’s retail tracking service for the month of November,” remarked Eddy Zheng, Nextar founder. “Consumers have shown a great affinity for our quality products and economic pricing philosophy. The talents and business acumen of our new sales management team will enable us to sustain this growth and allow us to continue offering consumers exceptional products.” The Nextar sales management team is composed of the following:Joseph Greenfeld, Senior Executive Vice President & Director of Sales Greenfeld began his Nextar career in 2007 as Vice President of Sales for the Midwest territory. In two years under his direction, the territory had significant sales gains and added major accounts. He was promoted to his current position in January 2009 and is also responsible for Target, Kohl’s, and O'Reilly Auto Parts accounts. Prior to Nextar, he served as Vice President and Director of Business for startup Mac Automotive Corporation, a marketer of portable shelters to the automotive aftermarket industry. In one year, from just a mere idea with no sales, he developed a multi-year plan and a strategy on how to achieve it, hired a team of sales professionals and support staff, and developed a product line. Additionally, he negotiated: joint ventures with overseas factories, licensing agreements, and capital equipment. Among Greenfeld’s other professional positions are: National Accounts Manager at After Market Technologies Corporation (dba AARONS Automotive and Proformance Powertrain Products); National Sales Manager for SPX Corporation (Carfel, Inc.); and owner/operator of Simply Sticks, a transmission parts distributor. He graduated from Bernard M. Baruch College of the City University of New York with a Bachelor of Business Administration Degree.Robert Sayles, Vice President of Sales Sayles started at Nextar in 2007 as Vice President of Sales. During his tenure with Nextar sales throughout Canada and the East Coast have expanded rapidly. With the restructuring, he will manage key accounts on the East Coast, Southwest, Mexico and Canada. He has over 26 years worth of experience in the consumer electronics and photographic industries. Prior to Nextar, he worked at jWIN Electronics as Eastern Regional Sales Manager and for H.L. Dalis Wholesale as New York Regional Sales Manager. He owned Negri’s Camera, which was one of the first pioneers of the eBay business model and one of the largest used camera stores on the east coast. He began his career with Masters Department Store and Combine Camera. Sayles graduated with a Fine Arts Degree from the State University of New York at New Paltz.Jason Liszewski, Vice President of Sales Liszewski is coming back to Nextar after two years with Magellan GPS as their Director of Sales. Previously he was National Sales Manager for US, Latin America, and Europe for Nextar and was instrumental in new category development, including the Nextar MP3 line, for which he structured marketing, packaging, and pricing plans. In his new position, he will oversee key accounts in the Mid West and West of the Mississippi.In addition to Nextar, he has over 10 years of consumer electronics experience which also includes Director of Sales for Magellan GPS and Regional Sales Manager for consumer electronics manufacturer GPX, Inc. In his prior position Liszewski ihas been known for his ability to pioneer new product categories, develop sales strategies and then build distribution networks that include both reps and key accounts.Liszewski earned a Bachelor of Arts in Communication from the University of Missouri - St. Louis. Nextar Products at 2009 CES Nextar will be displaying, demonstrating, and taking orders for a variety of its new, exciting products during the upcoming CES. Its products can be seen in the South 3 hall booth 31753 in the Las Vegas Convention Center.About Nextar Nextar, headquartered in Southern California, is a global designer and marketer of consumer electronics. From the categories it enters to the products it develops and the manner in which it goes to market, Nextar’s decisions are based on its unique ‘bold and new’ philosophy. It currently offers products in the following categories: portable personal audio and video; digital photo frames; GPS navigation; and Bluetooth. In addition to tried-and-true consumer electronic retail outlets, Nextar products also are boldly marketed through non-traditional avenues such as department stores, automotive, mass merchants, food and drug, and do-it-yourself. Nextar is an affiliate of TofascoSM, a rapidly growing company that sells products worldwide in a variety of industries. For further information regarding Nextar, visit its website at www.nextar.com or call toll free 888-849-0846.-- 30 --Contact: Susan van Barneveld / Rita Lee Antarra Communications Work: (714) 891-3660 nextar@antarra.com© 2009 Nextar (Hong Kong) Limited. Nextar is a trademark of Nextar (Hong Kong) Limited. Tofasco is a service mark of Tofasco of America, Inc. All other brand names, trademarks and service marks are property of their owners.

01-16-2019 | Media & Telecommunications
Coherent Market Insights - Biotechnology
Biochips Market Sales Volume, Sales Price, Sales Revenue Analysis
The global biochips market was valued at US$ 7,026.4 million in 2016 and is expected to witness a robust CAGR of 16.2% over the forecast period (2017 – 2025). Biochips are miniaturized laboratories, which can perform simultaneous biochemical reactions. On the basis of functionality, biochips are classified as DNA chips, protein chips, lab-on-a-chips, and tissue and cell arrays. DNA chips, biochips or DNA microarrays consists of a microscope slide made of
01-16-2019 | Health & Medicine
Coherent Market Insights - Medical Devices Industry
Insulin Pumps Market Sales Volume, Sales Price, Sales Revenue Analysis
Insulin pump is a portable device attached to the body that continuously delivers preset amounts of short or rapid acting insulin in the body to control diabetes. Insulin therapy is required in type 1 diabetes and sometime in type 2 diabetes. It serves as an effective alternative to insulin injections. Furthermore, insulin pump delivers the insulin according to the need of body as basal rate, where small amount of insulin
10-25-2018 | Business, Economy, Finances, B …
Research N Reports
sales@researchnreports.com
Insurance Business process outsourcing (BPO) means to contract certain business functions to specialized outsourcing service providers. These service providers assist insurance carriers to cut down overall costs, that enhances the efficiency and productivity of the firm. It can be defined as delegating one or more business activities to external companies (vendors), which, in turn, administer and manage the selected activity, based on defined and measurable performance criteria. It helps clients
04-09-2018 | Advertising, Media Consulting, …
Research Trades
Global MOSFET Sales Market
“Global MOSFET Sales Market Report" is an expert and in-depth analysis of key business and future development prospects, key determinants and restrictions, profiles of major market players, segmentation and forecasting. The study offers a comprehensive qualitative analysis of the industry's growth parameters, the current state of the market in terms of analysis of key economic situations and macroeconomic analysis. The analysis highlights the growth opportunities of key market segments along
01-10-2017 | Energy & Environment
Magtech Industries
Sales Engineer
Lynxus releases Total Wireless Solution for the lighting industry. Magtech Industries, a Power Supply manufacture and market leader specializing switch mode power conversion, announced the launch of the Lynxus Wireless Solutions, for the IoT. Lynxus Wireless is based in lighting control and has thousands of real-world applications that will deliver value to their customers. As of date, Lynxus has emerged as the only complete solution for lighting control in
01-05-2011 | IT, New Media & Software
ABAS Software AG
abas ERP sales boom
Production-, manufacturing-, distribution companies, and automotive suppliers, selected abas ERP to move towards an economic recovery Karlsruhe, Germany, January 04th 2011 – The IFO Business Climate Index confirms that business development in many industries is again rapidly increasing. In comparison to 2009, ABAS has again seen a significant rise in sales. Especially mid-market custom manufacturers and automotive suppliers seeking technological and organizational changes while moving towards an economic recovery and increasing
Comments about openPR
9 o'clock: discuss press release with client, 10 o'clock: submit release to openPR, within the briefest possible time release is published and displayed in a prominent place on openPR.de. I am thrilled!
Zehra Spindler, Calypso Now! - Communication Agency