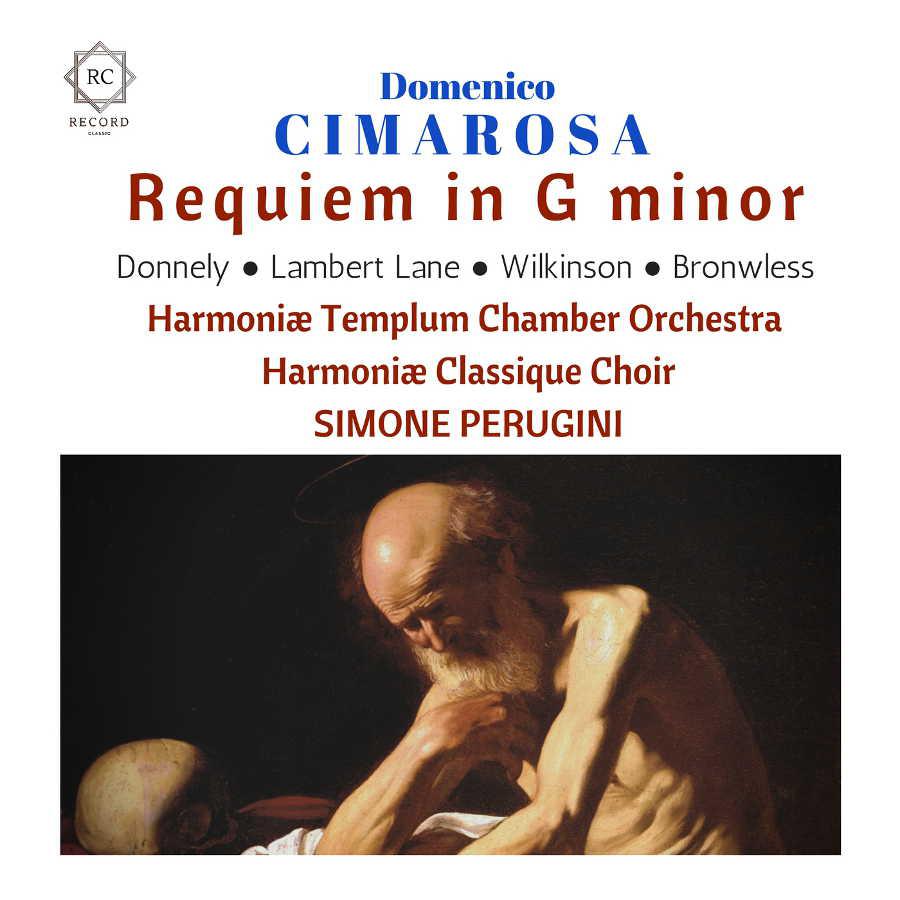 Poor Cimarosa. His early career as a spectacularly successful composer of opera buffa, perhaps one of the leading stars in a very popular field, sputtered when he encountered the Russian court. Catherine the Great, like her predecessors, had a thing for Italian opera, and in order to indulge this fancy was hell-bent upon inducing every major composer of the genre to come to St. Petersburg to write for her, and thus had her tentacles out to the kingdom of Naples and the Two Sicilies to recruit candidates. Men such as Paisiello, Traetta, and Sarti were all brought north to exercise their trade, and all seemed to have enjoyed success. Indeed, Sarti became so enamored of the country that he made the faux pas of trying to work in Russian, resulting in a period of disfavor and exile to Ukraine. There were, of course, other reasons as well for his removal, but the main point that any appointment could be tenuous with the great and energetic Catherine is well taken. Cimarosa was at the height of his fame, having accepted the post for a rather substantial remuneration and achieving success in places like Vienna on his way there. Once arrived in December of 1787, however, there were issues. Unbeknownst to him, Catherine was hedging her bets by hiring as his “assistant” the composer Vicente Martín y Soler, whose music was equally famous. One doesn’t have to be particularly astute to see a rivalry here. Moreover, he was depressed by the exclusivity of his services, as opposed to his being able in Naples to accept any commission from anyone, and finally, like so many others, the Russian winters did him in. By 1791 he had enough and left, returning to his former haunts, along the way composing Il matrimonio segreto, one of the best opera buffas of the time, for Vienna. Despite a brief revival of his Italian career, things went badly with the French occupation and he barely escaped a death sentence while imprisoned for his political activities. This Requiem, one of several, seems to have been his inaugural foray into St. Petersburg, as it was written for the wife of the French ambassador. How long it took to compose is anyone’s guess, but given the time constraints, it must have been a matter of around a fortnight or so. The result, in G Minor, is a large piece, much of which is divided into smaller movements of only a couple of minutes long. The scoring is often quite thin in texture, which allows for more concentration to be focused upon the choral lines. The soloists are not used all that frequently, and the composer often likes to blend or contrast them with the chorus. This is a common technique, and in this instance handled competently. The opening G-Minor chorus Requiem aeternam is appropriately mournful, with soft choral entrances. In the Kyrie, there is a good start to a complex fugue, but Cimarosa seems to find the stile antico too confining and so doesn’t allow it to develop contrapuntally, instead substituting simple imitation. In the Benedictus, the alternation between solo soprano and chorus is succinct and texturally interesting. This is, as the disc cover notes, a work “of classical restraint.” Even the Dies irae, whose powerful text conjures up apocalyptic visions, is composed as a straightforward, non-aggressive chorus. It would seem that the danger here is that the Last Judgment is a time to settle in comfortably rather than worry about one’s sins. The only real surprise is the tenor aria “Preces meae,” at the beginning of which the voice must enter on an extremely high sustained note, punching through the orchestral texture like an arrow. All in all, it is a competent work, though Cimarosa should not in this instance be subject to the normal invidious comparisons with a certain contemporary whose Requiem has become legendary. This rendition by one of Rc Record Classic usual orchestras, the Harmoniae Templum Chamber Orchestra of Londom, is…well done. The orchestra is subtle, underplaying much of the time to allow the vocal portions, particularly the chorus, to predominate. The Harmoniae Classique Choir is a great ensemble: the diction is good and the singers are in tune. The bass line in the “In memoria” is particularly nicely done, with good octave leaps. Of the rest, the soprano Carolun Donnely is every bit as solid as Elly Ameling in the Philips recording, and alto Doreen Lambert Lane handles her portions well, particularly her sensitive interpretation of the “Judex ergo.” Both of the men are also all right. It is pure opera buffa, which for a Requiem might seem a bit awkward. The Italian conductor Simone Perugini is a great and nice surprise. Perugini is a specialist of Cimarosa's music (both as musicolgist, as conductor). He was a principal Editor of Cimarosa's Opera Omnia in critical edition for Artaria Editiont Limited and, in this recording, he proves an extraordinary capacity in offering to the public a great and energetic interpretation of Cimarosa's requirements, without abandoning the Apollinian beauty intrinsic in the Cimaorsa's score. Mr. Perugini is also the Editor of the critical edition of the score used for this recording and publish by Accademia Lirica Toscana “Domenico Cimarosa”.Review by Lionel Harrington © July 2017 MusicWeb InternationalRc Record Classic Label is a CDs producers of baroque and classical music. Our recordings are relized by great orchestras, opera singers, soloists and conductors expert in this repertoire.47, Crown Street LONDON N/A Zip Code: WC1X 8NG

You can edit or delete your press release Rc Record Classic: a wonderful performance of a rare Cimarosa's sacred piece here