Le Basour returns to Ukraine. Soon the official announcement of the Tour Dates 2017 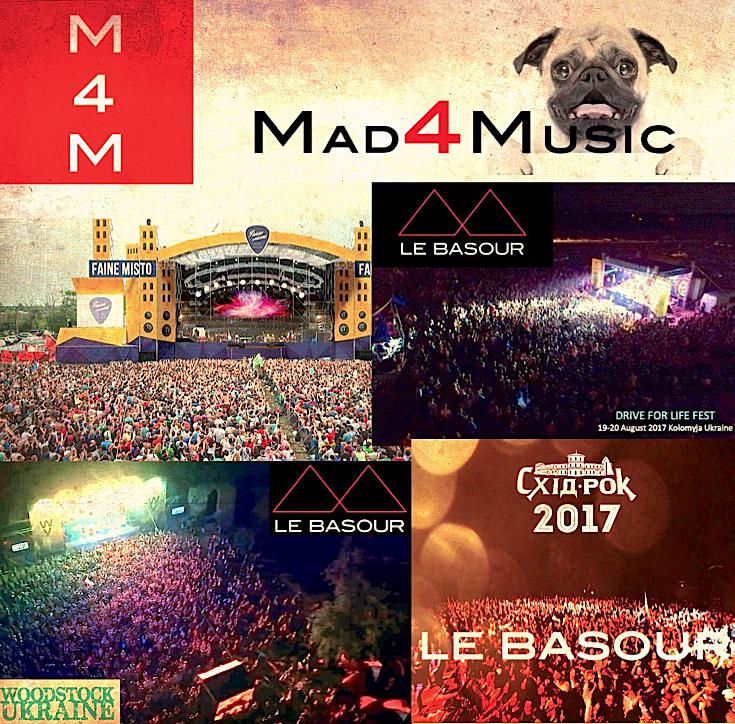 It is called Ukrainian Tour 2017 the tour of over 20 dates organized by Mad4Music and Andreea Stoica. The Faine Misto Festival of July 21 will mark the beginning of this promising tour for Le Basour that will perform throughout the month of August on the most important stages in the nation including Woodstock Festival, Drive For Life Fest, Snov Summer Fest, Skhid-Rok Festival. Le Basour knows Ukraine well thanks to the great success achieved in Kiev as a direct support to the Canadian Three Days Grace and the participation at Atlas Weekend Festival. Allen (vocals, guitar), Skylle (bass) and KnK (guitar) are happy to announce that for this tour they will be accompanied by Giorgio Murer (alias The Painter) on the drums. In addition to their foreign success, the band has a major presence on social media with over 24.000 follower on their official Facebook and over 500.000 views of their official channel on YouTube. The title track Pray to Stay was broadcast exclusively on the official site of the national newspaper www.repubblica.it, and also played in over 100 radio such as Virgin Radio and Rai Radio2 with Caterpillar. LE BASOUR www.lebasour.com mad4music.org facebook.com/lebasour LE BASOUR is an Italian band founded in Treviso (Italy) in 2012, by Allen Plaze (vocals, guitar, sound synthesizer), Skylle Mora (bass), Marnia Boll (drums, percussion), KnK (guitar). The musical genre of the band is divisive: some sources define the group Alternative Rock, while others prefer to see them as part of the latest trend derived from the Electro Pop Rock. Early in 2012 the members of Le Basour start collaborating with Mad4Music with the objective of making their first Album. Le Basour Via Roma 129 31040 Pederobba (TV) Italy http://www.lebasour.com

You can edit or delete your press release Le Basour returns to Ukraine. Soon the official announcement of the Tour Dates 2017 here