KRISTINA KLEBE GOES TO SUNDANCE WITH “PETER AND VANDY” 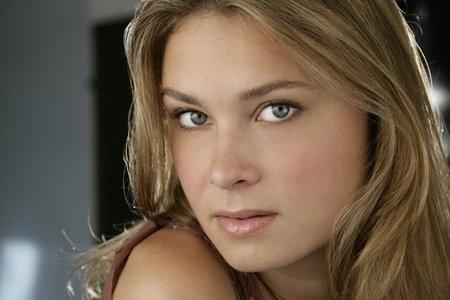 Park City, UT (December 17, 2008) – Actress Kristina Klebe (Rob Zombie’s “Halloween”) will be attending the Sundance 2009 Film Festival for her supporting role as Michelle in the film “Peter and Vandy.” The film stars Jason Ritter (“W”, “The Wicker Man”), Jess Weixler (“Teeth,” Law & Order: Criminal Intent), Jesse Martin (“Rent,” Law & Order), and Tracie Thoms (“Grindhouse,” “The Devil Wears Prada”). Directed by Jay DiPietro, the film will be making its world premiere at the 2009 Sundance Film Festival. In addition to premiering, “Peter and Vandy” will also compete in the festival’s “US Dramatic Competition.” “Peter and Vandy” is a love story about a young Manhattan couple, Peter and Vandy that shifts back and forth in time, from their romantic beginnings and increasingly manipulative behavior to their ultimate reconciliation.  “It was an honor to be a part of ‘Peter and Vandy’ and to work with the talented and charming Jason Ritter. Jay DiPietro wrote a really touching and honest script, one filled with a kind of down to earth reality about the imperfection of love and relationships. Relationships take work and are a constant compromise. I think a few of my ex-boyfriends could benefit from watching this movie. I say that lovingly of course,” shares Klebe.Klebe is best known for her leading role as Lynda in Rob Zombie's gore-filled remake of “Halloween.” Prior to this portrayal, Klebe played a part in Spike Lee's 2004 seriocomic meditation on race and sexual politics, “She Hate Me.” She has also has appeared on “Law & Order,” “Law and Order: SVU,” “Rescue Me,” and the German television program “St. Angela” and is starring in the upcoming film “The Accidental Husband” with Uma Thurman and Isabella Rossellini, set to be released in the US in early 2009.Visit Kristina Klebe at: www.myspace.com/kristinaklebe.For media inquiries regarding Kristina Klebe, please contact Mona Loring of MLC PR at contact@monaloring.com or (818) 706-8080.###MLC PR is a top-tier public relations firm specializing in literary, lifestyle and entertainment communication services. Our clients include celebrities from TV, film and music, authors and publishing houses, medical professionals, industry experts and various businesses. MLC PR works intimately with clients to provide strategic PR support that helps them achieve their goals. From media placement to media training to red carpet events… we can do it all. Our consistently praised approaches to public relations do more than get you in the news—we build image, elevate status and expose you in countless ways around the nation.MLC PR 30423 Canwood St. Suite 240 Agoura Hills, CA 91301