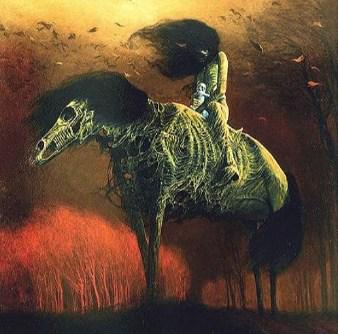 Alternative rock music started to gain attention since 1980s and today it is one of the most popular genres in the music arena. The term “alternative” does not necessarily mean any genre of music and is an umbrella term referring to various music styles and form differing from mainstream. Alternative rock however is a kind of rock music performed by independent artist and bands that are typically not signed with any major labels and has their unique presence. Soundcloud site this season is witnessing swarming crowd in the music gallery of a new and upcoming alt rock ban named Solar Kama Sutra. The band is formed by one man army Jawn Napier. Music geeks who want to listen to something different headover to the music gallery of Solar Kama Sutra on SoundCloud.Jawn Napier is a native of San Diego and is an individual artist. His passion towards music since his boyhood inspired him to have a career in the music industry. He is immensely influenced from music of the Punk era includes alt/indie blues, classic rock, new wave music and more. His SoundCloud gallery is loaded with alt rock tracks that are powered with sensational music beats and heart melting lyrics.The tracks “Western peach”, “Motown Sugar Man”, “Ferris wheel factory”, “Burning day Light” are some of his initial compositions that have been composed by juxtaposing the perfect instruments and metaphorical lyrics. The tracks of Solar Kama Sutra are as energizing as the sun’s rays that set to life to all the soggy and gloomy things. Some of his latest compositions like “Dust Bowl Twisters” and “Screaming Woods” are truly magnificent with extensive use of guitars and drum machines and wonderful lyrics that create a hypnotic ambience. For all who want some great tracks to rock the dance floors, tune to Solar Kama Sutra on SoundCloud. To listen the songs of Solar Kama Sutra, visit the given link: https://soundcloud.com/solar-kama-sutra/Music Promotion Club specializes in artist and music promotions in Soundcloud, geared to promote the full spectrum of all genres of music, like that of – HipHop, Rap, EDM, Pop, Rock, Country, Dubstep, Mixtapes, Dancehall, Alt Rock, Jazz and Blues.Music Promotion ClubIndia West Bengal Kolkata- 700040 5/10 A Netaji Nagarinfo@musicpromotion.club