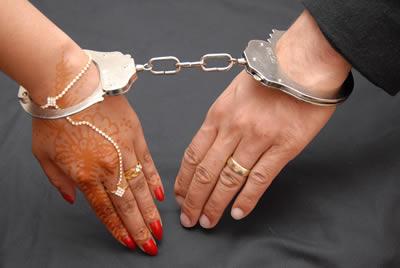 New legilsation to curb forced marriages has been introduced

06-08-2009 | Science & Education
Junaid Bhatti
Arab Invasion at American Publishing Event
For the first time in its history, America’s biggest publishing event has dedicated its efforts to promoting Arab literature. Book Expo America (BEA) 2009, held this week in New York, featured more than 600 representatives from the Muslim world, and also introduced more than 300 Arab-language children’s books to the North American market. “This is the first time that BEA brings such a large regional focus to its attendees, and we
01-05-2009 | Business, Economy, Finances, B …
Junaid Bhatti
Islamic finance still active as the credit crunch deepens
The last month has seen a further deterioration in the UK economy, with a deepening recession, banking bail-outs and big-name retailers going bust. However, one sector of the market still active is Islamic Finance which is now both cheaper and more accessible. Most recently, alburaq, the UK’s most innovative Islamic “mortgage” provider, has responded to interest-rate cuts by improving its range of Shari'ah-compliant Home Purchase Plans. “Our new product range means
10-13-2008 | Politics, Law & Society
Junaid Bhatti
Muslim Lord Mayor honours British Military
The Lord Mayor of Birmingham, Councillor Abdul Rashid, has recently been active in honouring British servicemen and women. In the last month he has overseen the city’s largest ever enlistment ceremony, inspected the troops at a military parade and taken charge of HMS Daring – the Royal Navy’s fastest and most powerful vessel! At the beginning of September, the Lord Mayor was present as 47 Midlands teenagers swore allegiance to Queen
08-12-2008 | Arts & Culture
Junaid Bhatti
Novelist’s anger at “censorship” by national Muslim Writers project
“This is not the second coming of the Satanic Verses!” author asserts. Dr. Max Malik, a former recipient of the Muslim Writer of the Year Award, has expressed his anger and deep dismay following the censorship of his debut novel “The Butterfly Hunter”. The Muslims Writers Awards, which claims to be a non-religious initiative, chose not to submit the controversial novel to the project’s independent judging panel for this year’s awards. Dr.