Press release from: The Asia 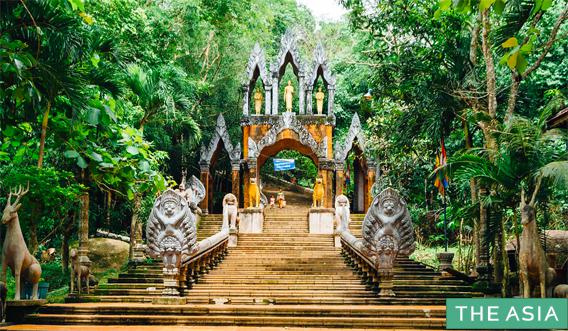 Tour & travel portal The Asia has introduced Siem Reap as a new destination on its website, further expanding its range of popular tourist hotspots in SE-Asia.Siem Reap is a city located in the Northwestern part of Cambodia that gained fame in the early 20th century due to its proximity to UNESCO world heritage site Angkor Wat. Being one of SE-Asia’s most popular travel destinations until the end of the 1960s, the city fell into oblivion when the Khmer Rouge regime came to power and civil war devastated the country and its tourism industry. Like the rest of Cambodia, the city’s recent history is tainted by the horror of the brutal Khmer Rouge regime but a rejuvenated tourist industry has revived the city and province since the early 1990s.Today Siem Reap is a well-liked destination boasting an extensive tourism infrastructure including a large number of hotels, resorts, restaurants and tourism-related businesses. The city acts as a gateway to the temple complex of Angkor Wat, the largest religious monument in the world and recently named the world’s number one landmark in TripAdvisor’s 2017 Traveller’s Choice Awards.Travel services offered by The Asia in this new destination include day tours in Siem Reap, helicopter tours to Angkor Wat, as well as restaurant vouchers and tickets to shows & attractions such as Phare Circus and Angkor National Museum.Sienna Park, Head of Marketing at The Asia noted: “Adding Siem Reap to our website was an obvious choice considering its geographical location and its role as a gateway to Angkor Wat, one of the, if not the best attraction in the world.” Other major travel destinations in and Asia are expected to go live on the company’s website within the year. For further information regarding day tours to Angkor Wat and travel services provided in Siem Reap please visit www.theasia.com/en/siemreap-tours.The Asia is an online travel agency and a private holding company headquartered in Bangkok, Thailand with representative offices across Asia including Korea, Singapore and Cambodia. The Asia’s multilingual e-commerce platform (www.theasia.com) specializes in offering day tours, attraction tickets and transportation services in popular travel destination in Asia. Its website is currently available in English, Korean, Chinese and Thai with more languages to be added in the near future. Our aim is to provide unique, authentic travel & lifestyle experiences Asiawide that meets global quality standards while at the same time promoting sustainable and responsible travel.The Asia 246 Time Square Building, 2nd floor, Sukhumvit 12-14 Bangkok, Thailand Tel: 02 255 8777

More Releases from The Asia

05-29-2017 | Tourism, Cars, Traffic
The Asia
The Asia adds Scintillating Seoul to its list of destinations
The tour booking portal The Asia announces the additional of Korea’s capital Seoul to its website, thereby further expanding its portfolio of key travel destinations in Asia. The implementation process has been facilitated by the fact that The Asia is owned and operated by Korean nationals with strong ties to the motherland. As a result, The Asia is able to provide insider information about Seoul not available elsewhere as well as a