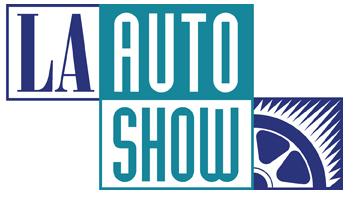 Winner Announced During Fifth Annual Design Los Angeles ConferenceLOS ANGELES - Nov. 21, 2008 — Today, the design entry from Mazda R&D of North America was chosen as the winner of the Los Angeles Auto Show’s 2008 Design Challenge. This year’s theme, Motor Sports 2025, asked nine of Southern Californian’s automotive design studios to form their vision of the future by depicting a motor sports vehicle that predicts how auto racing will change by the year 2025. The Mazda Kann was chosen for how well it integrated a high level of innovation and technology into the design, as well as its truly unique styling. The Mazda Kann is an electric race car that has a patented electronic tire system to reach 250 mph with no harmful emissions. The vehicles are piloted by individual drivers but teams are made up of thirty cars, all on the track together. Design studios, including Audi, BMW, GM, Honda, Mazda, Mitsubishi, Mercedes-Benz, Toyota and Volkswagen, entered two-dimensional renderings and concept descriptions that incorporated innovative concepts and approaches to explore the world of motor sports seventeen years in the future. Entries were judged by multi-discipline design professionals who selected the winner based on its originality of creative concept and integration of factors that helped to dramatically improve speed, power, performance and safety. In the past, participating studios have received impressive amounts of worldwide exposure among peers and media.“The scope of the entries this year was very impressive and in the end it came down to which team had the most innovative and artistic design that could go beyond the expectations and challenges of racing today,” said Chuck Pelly, director of Design Los Angeles and partner in The Design Academy, Inc. “Mazda’s designers created an optimistic vision of 2025 and ultimately brought unique styling back to motor sports.” The purpose of the Design Challenge is to pit the auto manufacturers’ Los Angeles-based design studios against one another. Designers enjoy participating in the challenge because it is a strong venue to showcase their talents and further explore new ideas in automotive design. More information, including images, is available at www.LAAutoShow.com/DesignChallenge.html.About the Los Angeles Auto Show For the third year in a row, the Los Angeles Auto Show will be held in the fall. Green Car Journal has been unveiling the Green Car of the Year® winner at the Los Angeles Auto Show every year since it initiated the annual award in 2005. Public days run from Nov. 21-30. For general information visit www.LAautoshow.com.Antonia Stahl, M.A. phone: +49 30 39 74 91 32 media@LAautoshow.co.uk

05-13-2020 | Industry, Real Estate & Constr …
Aspect Designs
Home Design Sydney: Basic Interior Design Principles
We can all agree that decorating your home can be exciting, but also extremely challenging. If you have an eye for design you are very lucky but most people don't, that's why it is best to leave it to the professionals to give you guidance and ideas. When you decorate your home, it's important to understand the basic principles of interior design, so you can craft the home you have always
12-05-2018 | Business, Economy, Finances, B …
Panache Exhibitions Pvt Ltd
Exhibition Design
Panache Exhibitions Pvt Ltd: Exhibition Design explores the role of the exhibition designer as a creative practitioner, and seeks to communicate a better. G-66, 2nd Floor, Near Kalindi Kunj, Shaheen Bagh, New Delhi-110025 India
05-28-2018 | IT, New Media & Software
Webski Solutions
Web Design Trends: Flat Design vs Flat Design 2.0
Flat design is a web design trend standing for minimalism and cleanness in the website design industry. This trend has become popular since 2012, replacing the Skeuomorphism trend – the most popular trend until then. Unlike skeuomorphism, which is characterized by real-life 3D objects and shiny buttons, flat design is recognizable for its flat shapes and objects; not generating depth, dimension or any effects, such as drop shadows, highlights and
03-07-2012 | Health & Medicine
Otto Bock HealthCare GmbH
Outstanding Design
Four iF awards for Ottobock Products With the Triton prosthetic foot, the 3R93 therapy knee joint and the Genu Sensa knee support, no less than three Ottobock products have been recognised with the iF product design award 2012. Carbon fibre woven prepreg, a high-performance fibre composite material developed by Ottobock, also received the iF material design award. The iF product design award is one of the most renowned design competitions worldwide. It
02-17-2012 | Business, Economy, Finances, B …
Gower Publishing Ltd
Universal Design
Universal Design offers every organization, whether a provider of services or of products, a clear understanding of the role and value of Design for All/Universal Design. It provides a model for assessing current design practices and making the changes that will make a product or service accessible to all potential customers to create a better consumer-oriented experience. Each chapter contains examples and case studies plus a set of tools to
02-08-2012 | Science & Education
Gower Publishing Ltd
Design Education
Design Education encapsulates and analyses the research findings facilitated by the UK based Centre for Excellence in Teaching and Learning through Design. By examining over 40 projects, ranging in focus from design students' use of archives and museum collections to the potential of specific technologies to enhance teaching and learning, Design Education explores aspects of learning and teaching in higher education design subjects, from architecture and 3D design through to
Comments about openPR
OpenPR is clearly structured and remains true to its principle of confining itself to the essential parts. OpenPR has proven to be a very good and reliable partner to our media agency: Within the shortest time the releases are online and go down well with the media representatives. The success of OpenPR is reflected in the steadily increasing number of press releases. It is good that OpenPR exists!
Ursula Koslik, Director Marketing & PR, F+W Hamburg