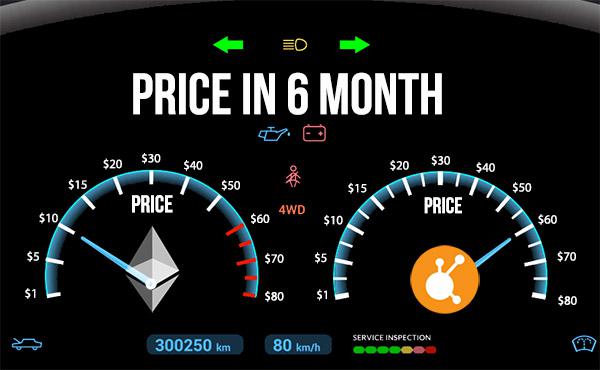 Bitconnect Coin Price Reaches All-Time High, Briefly Surpasses Growth Rate of EthereumOn June 10, Bitconnect coin, better known to the community as BCC, reached an all-time high price at $59.24. Within a three-month period, the price of BCC increased from $1.76 to $59.24, recording a staggering growth rate of 3,265 percent.Since the beginning of 2017, the cryptocurrency market demonstrated an exponential growth rate, achieving a historic milestone on June 9 by surpassing $100 billion in market cap. At the time of reporting, the cryptocurrency market cap is valued to be $113 million, with bitcoin being 37.8 percent of the market.“The fact that these gains have come from currencies other than Bitcoin are a good sign that this is less of a bubble and more of a resurgence of interest in crypto,” said Techcrunch journalist Fitz Tepper.A major catalyst that contributed to the rapid growth of the cryptocurrency market was the global adoption of bitcoin and Ethereum, two of the largest cryptocurrencies with a combined market cap of $77.6 billion. Since mid-2016, the demand toward bitcoin as a safe haven asset and digital gold surged as mainstream media outlets began to provide extensive coverage on the performance of bitcoin.International newspapers including the Wall Street Journal continuously featured bitcoin on their front page, comparing the price trend of bitcoin to that of gold and the US dollar, the world’s largest asset and reserve currency.As interest and demand toward digital currencies such as bitcoin and Ethereum increased, an growing number of investors started to take interest in other cryptocurrencies in the market such as Litecoin, Ethereum Classic and Bitconnect that are amongst the largest cryptocurrencies and networks.At the time of reporting, the market cap of Bitconnect, a crypto-network better known for its bitcoin lending platform, remains at around $346 million, making the Bitconnect network the 22nd largest cryptocurrency and blockchain network globally.Bitconnect’s three-month growth since April has been larger than that of most cryptocurrencies including Ethereum. Since April, Ethereum has recorded a 858.9 percent increase in price, from $39 to $374, triggering the interests of investors that have become enthusiastic of the launch of the Enterprise Ethereum ALliance (EEA) and the rise of initial coin offerings (ICOs).BitConnect is an open source all in one bitcoin and crypto community platform designed to provide multiple investment opportunities with cryptocurrency education where it is entirely possible to find the independence we all desire, in a community of like-minded, freedom loving individuals who, like you, are seeking the possibility of income stability in a very unstable world.THE PANORAMA PARK STREET ASHFORD ENGLAND TN24 8EZ. Company Number :10278342.

06-29-2017 | Business, Economy, Finances, B …
Bitconnect.co
BitConnect Coin Outdoes Ethereum’s Performance for 6 Months That Followed the …
BitConnect Coin Outdoes Ethereum’s Performance for 6 Months That Followed the ICO ​Cryptocurrency BitConnect Coin has experienced faster growth than this year’s hottest altcoin, Ethereum since it entered the market in early 2017. The emerging cryptocurrency created by UK based BitConnect, BitConnect Coin (BCC) has registered a phenomenal growth since its inception six months ago by outperforming the growth of the world’s top altcoin, Ethereum. The new cryptocurrency has witnessed its value
05-10-2017 | Business, Economy, Finances, B …
Bitconnect.co
BitConnect Price Increased by 18x Within 6 Months Since ICO
The price of BitConnect, better known to traders as BCC, has surged from around $0.5 to $9 within six months since its initial coin offering (ICO) in November of 2016. Following the momentum of bitcoin, BCC has maintained its upward trend and is projected to continue its growth trend throughout 2017. Similar to bitcoin and other leading cryptocurrencies such as Ethereum Classic, BCC has a fixed monetary supply of 28 million.
03-22-2017 | Business, Economy, Finances, B …
Bitconnect.co
BITCONNECT COIN LAUNCHES NEW ANDROID MOBILE APP
One of the newest and hottest digital currencies on the market certainly needs to travel on the largest digital communication networks, so today Bitcoinnect Coin (BCC) announces the launch of their mobile Android app. This is the beginning of many user-friendly mobile features for BitConnect Coin owners, as an exciting cache of new BCC user features is coming to market in 2017. According to digital currency industry rating authority CoinMarketCap, BitConnect
03-16-2017 | Business, Economy, Finances, B …
Bitconnect.co
BitConnect Coin Breaks All-Time Records in Value and Market Cap
​BitConnect Coin (BCC) has only been in the global markets for a few months, but it has made quite an impression, around the globe. Going from just an altcoin concept in Q4 of 2016, BCC has set new benchmarks in market price and market cap after an incredible week of trading. According to digital currency industry rating authority CoinMarketCap, BitConnect Coin reached the Top 20 in market capitalization value for the
03-01-2017 | Business, Economy, Finances, B …
Bitconnect.co
BitConnect Bitcoin Community Reaches First Anniversary in Style
BitConnect Bitcoin Community Reaches First Anniversary in Style Last year at this time, a dream took the first steps to becoming reality. In a digital world full of Bitcoin websites, but short on an integrated community, bitconnect.co was born, and the world of Bitcoin has never been the same. February marks the one year anniversary of this crypto unicorn, and it is time to regale in its achievements and look towards
Comments about openPR
OpenPR ist the nicest and most clearly laid out PR platform I have seen to this day. The press releases are displayed very nicely and clearly and without any unnecessary frills. The updates are fast and the finished release looks appealing and is clearly legible. Even with 16 years of experience one discovers new things from time to time. Congratulations!
Gabriele Ketterl, Director Marketing & PR, Menads