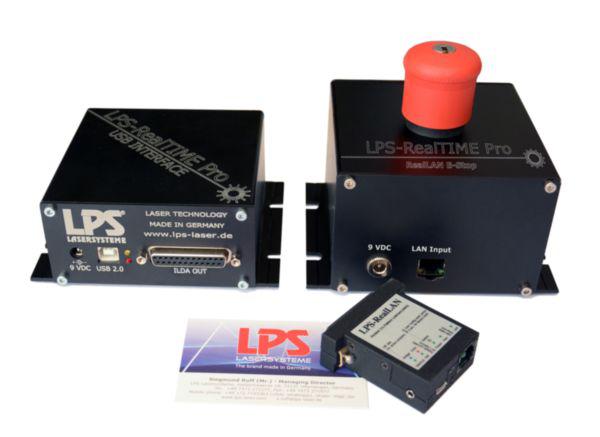 Laser shows are considered to be breathtaking highlights at various events such as festivals, concerts, tours, musicals, TV shows and more. Performed in single colour, such as in laser projectors using only green laser modules, or with the more popular show laser systems in RGB, that use the complete visible colour spectrum (16.7 million colors) by precise adjusting of the individual colors red, green and blue.Fascinating laser shows are often programmed for special music or film titles. Therefore laser graphics are combined with laser beams and laser effects and are created harmoniously and synchronously to the music. To realize successfully this "Festival of Senses", programmers and lighting designers use special laser show softwares with multimedia features. Smart software solutions with abundant intelligent functions simplify the implementation of programmers’ creativity. With a wealth of ideas and a constant view of user friendliness, the software developers of the German company LPS-Lasersystems continuously design new features for their multimedia laser show software LPS-RealTIME Pro directly in Ofterdingen. A great advantage of the development team: It has decades of experience in the laser show and event industry and understands how to bring this wealth of experience and expertise to the software in a meaningful and timely way, such as the popular feature RealVIEW. It is integrated directly into the LPS-RealTIME Pro software and allows the realistic simulation of the show in advance – almost as if you were already on the spot. RealVIEW combines images of the actual location with realistic 3D representations of the laser projection to a 2 ½ D scene. In the mobile sector, programmers can simulate with RealVIEW their events in advance and conveniently plan and test the placement of the laser show systems at home. The virtual screen mode allows the simulation of beam shows as well as realistic projections such as on gauze screens or projections of laser graphics on buildings. Especially when programming and customizing multi-projector shows and combining laser graphics with beam shows, the user experiences helpful support. Especially of interest for rental companies is that programmers and lighting designers can simulate with RealVIEW their events in advance and conveniently plan and test the placement of the laser show systems at home. Then the event is drawing nearer and nearer. And at every professional event, it is essential to inspire the spectators, to magically captivate them. An overwhelming stage design, equipped with high-quality lighting, laser, LED and sound technology, which the entire event location really "rocks“. Viewers will be thrilled. But with these many devices, even long cables must be laid to stage a smooth show. To abstain on cable strands as big as a fist between stage and FOH, is increasingly used the network technology in the event industry.Thus the latest addition to LPS-RealTIME Pro software from LPS software specialists is the network-based LPS-RealLAN technology. Cables for miles and miles between stage and FOH are thus a thing of the past. With the help of network switches, any number of show laser systems can be integrated into the network and controlled independently. In combination with the LPS-RealTIME Pro laser show and multimedia software, these are both the laser systems of LPS, as well as any ILDA-capable device from other manufacturers. Every distance between FOH and the laser show systems is easily possible with this small RealLAN plug, which is just 5.3 x 4.2 x 1.9 cm (L x W x H), and thus similar small as a business card. ILDA cables or troublesome control units on the FOH are no longer necessary for an event.The safety of all present persons at an event is the essence for all companies. In order to interrupt immediately unintended laser output, an emergency-stop-button with cable was used reliably. Today, the RealLAN E-Stop complements the modern network equipment. It also comes from LPS-Lasersystems and can be easily integrated into the network. Like its predecessor from earlier times, the modern RealLAN E-Stop reliably ensures this important function.And even after the successful event, the advantages of the LPS-RealLAN technology are clear. After all, the subsequent dismantling will be more convenient and faster for the event technicians.LPS-Lasersysteme is a leading manufacturer of premium laser show systems, laser shows, software, modules and important partner at multimedia events worldwide. With its headquarters in Ofterdingen, South-West Germany, LPS is setting standards in customized laser projects. Founded in 1993, the dynamic LPS employees implement their ideas, their passion for perfect laser shows and systems. Well-known adventure restaurateurs, event agencies and operators of theme parks, decision makers of various institutions and governments, as well as other laser show providers around the world trust the company. The existence of nearly a quarter-century of the company LPS-Lasersysteme is evident in many respects. The result of experience and implementation skills, specifically harmonized, are varied, color-brilliant laser shows at major events of all kinds, reliable laser show systems that are rented and purchased around the globe and not least: satisfied customers worldwide.LPS-Lasersysteme Martina Ruff Marketing Director Haidschwärze 18 72131 Ofterdingen Tel: 07473/271177 info@lps-laser.de http://www.lps-laser.com

11-30-2018 | Leisure, Entertainment, Miscel …
LPS-Lasersysteme
LPS Laser Array Beam Bar (LABB) – a „Must Have“ for professional lighting …
In the event industry, there are countless popular laser show devices to create exciting laser effects. Thanks to their technical features and varied effects, they can be used flexibly visually. Depending on the equipment, they can produce single color and multicolored laser beams, they are dimmable and stage different colors and sometimes patterns. A very special laser show effect, the famous icing on the cake, is certainly a laser bar, as
11-21-2018 | Advertising, Media Consulting, …
LPS-Lasersysteme
100 Years Hermann Bantleon GmbH. A fantastic celebration with laser shows
Hermann Bantleon GmbH is a well-known manufacturer in the global petroleum and lubricant industry, with further expertise in cleaning, corrosion protection, separators and abrasives. In 1918, the company was founded by Hermann Bantleon and Richard Umbach in Ulm, Germany. The name "Hermann Bantleon GmbH" was a result when the second founder leaved the company in 1940. Hermann Bantleon rebuilt the destroyed company after the war and set the course for
09-28-2017 | Leisure, Entertainment, Miscel …
LPS-Lasersysteme
Black Sea Arena in Georgia extended laser shows and water fountains
A special engineering, striking architecture and exceptional design – these points describe the Black Sea Arena in Shekvetili, Guria, Georgia. It is located at the Georgian Black Sea and offers space for varied events. The Black Sea Arena and the accompanying, complete outdoor planning was constructed by the architectural firm DREI ARCHITEKTEN from Stuttgart, Germany, and finished in 2016. The arena includes an Amphitheatre for 10,000 spectators. In case of
03-29-2017 | Arts & Culture
LPS-Lasersysteme
Laser show 2.0 – that spectacle in Austria’s mountains
Tyrol – known for its unique natural beauty, a place where many tourists like to spend their leisure time. Throughout the year, the heart of the Alps is a magnet for young and old, visitors who like sports or enjoy just the beautiful nature. The popular holiday resort of Serfaus in Austria is particularly striking. Of course, it inspires its guests with the known and very nice Tyrolean hospitality, its