Crestron Named Manufacturer of the Year 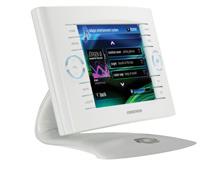 ROCKLEIGH, NEW JERSEY – Crestron was named UK Manufacturer of the Year at the Inside Hi-Fi and Custom Installer Trade Awards 2008. The ceremony was held recently in the Novotel at London's ExCeL. Crestron was recognized for its significant contribution to the development of the custom installation market and ongoing commitment to the company's ever-expanding national network of dealers, partners and programmers.Commenting on the award, Crestron UK Residential Sales Manager, Phil Solomons said, "It is always fantastic to receive awards, especially this one. To be named Manufacturer of the Year from those within the CI industry is a great honor. We take our relationships with our dealers extremely seriously and we are committed to supporting them in whatever way we can to grow the market together."The award punctuates a significant expansion period for the company that transformed its UK operation with a move to new headquarters at Munro House in Cobham. This impressive 12,500 sq ft facility has already enabled hundreds of installers from across the UK to get hands-on experience of Crestron award-winning products and technology, as well as participate in popular training courses, such as the two-day Crestron Foundation course, which was also acknowledged in the Training Course of the Year category.In addition to its new UK offices, Crestron has released over 70 new product developments in 2008. These include the TPS-6X, a finalist in the Product Launch of the Year category. Launched to international acclaim at CEDIA EXPO 2008, the TPS-6X revolutionizes touchpanel design for the 21st century and reaffirms Crestron as the leading innovator of advanced control and automation systems.# # #Crestron is the world's leading manufacturer of advanced control and automation systems, innovating technology and reinventing the way people live and work. Offering integrated solutions to control audio, video, computer, IP and environmental systems, Crestron streamlines technology, improving the quality of life for people in corporate boardrooms, conference rooms, classrooms, auditoriums, and in their homes.Crestron's leadership stems from its dedicated people who are committed to providing the best products, programs and services in the industry. This culmination of loyalty, devotion and innovation is what our dealers refer to as "The Crestron Experience."Crestron Electronics, Inc. 15 Volvo Drive Rockleigh, New Jersey 07647-2507 201-767-3400 F-201-767-1902 Mark Pappas mpappas@crestron.com