Devi Marqesa is Back with a Track “Air (Zen Mix)” 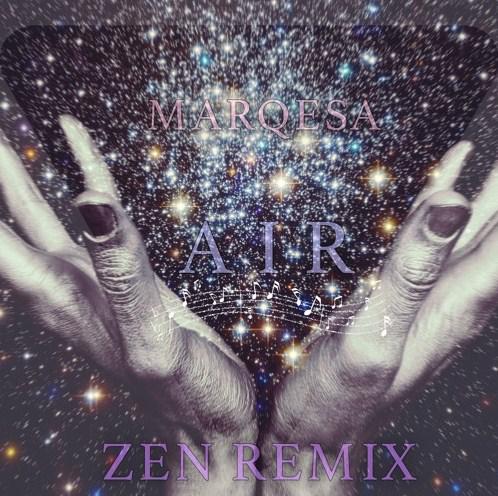 Ambient music has gained prominence with the world moving towards fitness goal. Ambient music or new age music works wonder if played while performing recreational activities like yoga, meditation and also in gyms. Music is the best healer and when it’s something like ambient music the power gets doubled. Ambient music in contemporary era is created by blending natural and EDM elements. This new wave music is highly in demand amongst music enthusiast. SoundCloud music gala is the place where you can get the best range of awakening tracks. Devi Marqesa is the one who has created some outstanding ambient music. By now she is ruling in the Soundcloud gala with her unique and heavenly compositions. DJ Marqesa is back with “Air (Zen Mix), a pure blend between natural elements powered with energizing electronic music beats.Rebecca Stefani is a multi-talented persona who has made huge contribution to the new age music genre. Her compositions work as magic potion for all who lack peace and are burdened with stress. When Yoga/ meditation are accompanied with DJ Marqesa’s tracks, the spirits levels are boosted. Her creativity in mixing natural elements with electronic music components create miracle. Her music takes listener to a hypnotic world fee from stress and negative energy. Many of Marqesa’s tracks like “ Sexy Yoga”, “Sonic Scapes for Meditation” , “Call to The Goddess” and more has gained huge popularity amongst music lovers and fitness freaks.Her latest composition “Air (Zen Mix) is a track where Marqesa has teamed up with Skaggs. The vocals of the track are given by Meg Drummond and Marqesa has poured her soul to make this track the best hearer for yoga/meditation practitioners. The track is very soothing yet the zesty music beats gives energetic vibes. For fans looking for some tracks to purify your soul, listen to Marqesa’s tracks in Soundcloud.To listen to Marqesa's amazing ambient music- "Air" must visit the link given below: https://soundcloud.com/rebecca-stefani/air-zen-mix-v1_5_dbmst161013We at Music Promotion Club have helped various artists, musicians, lyricists and many others with Soundcloud Promotion. To promote your music and get an entry into the esteemed music industry, soundcloud promotion is very effective.We manually do all the Promotions via our dedicated team and guarantee you to be able to show results after an week of promotion.Music Promotion Club India West Bengal Kolkata- 700040 5/10 A Netaji Nagar info@musicpromotion.club

12-06-2017 | Leisure, Entertainment, Miscel …
Music Promotion Club
Lose Yourself In The Captivating Soundscape Of VIBES By Marqesa
Dating back to the rock-n-roll era, electronic music is rocking audiences from a long time. Currently, this genre of music is accepted all over the world with artists making music and fans accepting it. Right now, electronic music has evolved with various styles – it is not just dance music or beats, it has trance, house, techno, freestyle, breakbeats and eurodance mixed in it. The wide acceptance of electro music
11-25-2017 | Leisure, Entertainment, Miscel …
Music Promotion Club
“ELYSIAN” by Marqesa is currently taking the music world by storm
If you are trying to reinvigorate your romance with hip hop and R&B, now is the best time to do so with “ELYSIAN”. This super cool song by Marqesa speaks of divinely inspired hues. The song is mixed with the concept of afterlife. The main idea behind is to make listeners feel something and make them ecstatic. The drive and passion in the song complements yogic practices and helps the
06-23-2017 | Leisure, Entertainment, Miscel …
Music Promotion Club
“Urban Yoga” by Marqesa is an Influencing Yoga Track
On the yoga day, the enthusiasts of yoga have been in for a pleasant surprise as Marqesa releases her new track – “Urban Yoga”. It is a new age track that aides in meditation and offers relaxation to those who listens to it. This song has the power and potential to change one’s perspectives and lives with profound music. The song creates a hypnotic environment with superbly relaxing music. Marqesa the
04-03-2017 | Leisure, Entertainment, Miscel …
Music Promotion Club
Listen to “Infinite Soul” by DJ Marqesa in SoundCloud
In recent days, lifestyle has become very fast, which has given rise to more stress and tension. Music works as a healer to relive stress and boost the energy levels. People are also getting reclined to traditional practices like yoga, and meditation to refresh their souls and soothed their senses. Also fitness freaks don’t miss to hit the gyms to maintain their body. New wave music is that type
03-15-2017 | Leisure, Entertainment, Miscel …
Music Promotion Club
Earth is Our Mother by DJ Marqesa is a Mystical Chant on Soundcloud
New Age Music is a musical genre that strives to supply a peaceful and calm atmosphere to the listeners. It’s related to spirituality and environmentalism that is charged with jazz notes and harmonic melodies. In soundcloud, DJ Marqesa from LA is giving New Age Music to all her listeners worldwide. The newest track – “Earth is our Mother” is imbued with guitar, piano and alternative electronic, pop, jazz and techno
03-14-2017 | Leisure, Entertainment, Miscel …
Music Promotion Club
“SISTERS” by Marqesa is breaking stereotypes with incredible music
No other art form but music has the power to bring mankind together. Be it a national anthem of a country, or any theme music celebrate an occasion it the most appealing way to build relationships. To justify this statement, Rebeca Stefani aka DJ Devi has come up with a new mixtape “SISTERS” in her album Marqesa to celebrate the most powerful creation of God- “Women”. It is her tribute
Comments about openPR
We publish our press releases on openPR.de because we like people who are "open" - just like us.
Frank Obels, CEO, INCONET - Informationssysteme, Communication und Netzwerkberatung GmbH