Complacency and the Qantas A330 Accident of 7 October 2008 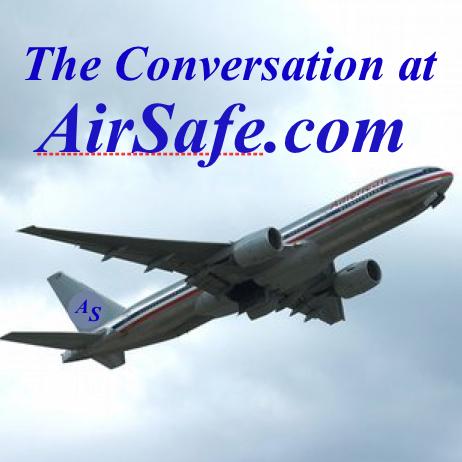 Oct 21, 2008 - Aviation safety expert Dr. Todd Curtis investigated the lack of interest by the US media in this Qantas accident and theorizes that the lack of interest is because the US industry is in the middle of a record-breaking period without fatal crashes. The accident earlier this month involving a Qantas Airbus A330 on a flight from Singapore to Perth seriously injured several passengers, but didn't result in any fatalities. While the event drew substantial news media attention in Australia and Asia, there was very little mention of it by major US media. According to aviation safety expert Dr. Todd Curtis, this was very likely another example of how when it comes to airline events, it's difficult to get the attention of the US public, or of the policy makers in the US, if no one is killed.Dr. Curtis believes that there would have been more media attention in the US if there had been at least one recent fatal event involving a US airline. While researching recent fatal US events, he found that the most recent passenger fatality on a US airliner was in August 2006. Looking back further, he found that the US airline industry had quietly passed a milestone. The 26-month period between the last fatal US event and lae October 2008 has been the longest period without a passenger fatality on a US airliner since airlines in the US first began using jet aircraft in 1958. It turns out that there was similar accident-free period between 2003 and 2004. In May 2004 National Public Radio interviewed Dr. Curtis and other aviation safety experts about the role that accidents played in aviation safety policy. period of that there's a certain amount of public complacency about airline safety when there are no major accidents. At the time of the interview, it had been 17 months since the previous fatal US accident. Five months after the 2004 interview, a regional airliner crashed in Missouri, killing both crew members and 11 of the 13 passengers, bringing to an end a 21-month period with no US passenger fatalities. Currently, the US airline industry has gone 26 months without a passenger fatality. Dr. Curtis believes that this current fatality-free period is a sign that in spite of all the problems faced the industry, that the risk faced by passengers continues to decline.He also stated that although this record is a positive sign for the industry, the recent Qantas event demonstrated that no airline, even one with no passenger fatalities in its history, is immune from accidents. More information about the Qantas accident investigation, and any future podcasts about the event from Dr. Curtis, will be available from AirSafe.com at qantas.airsafe.org.About AirSafe.com: AirSafe.com is a comprehensive resource for understanding aviation safety and security issues and created to provide both the traveling public and avation safety and security professionals with both objective and timely information on aviation safety and security, especially events involving airline passenger fatalities. Since 1996, AirSafe.com has been an innovator in making critical risk assessment and risk management information to the public, enabling both airline passengers and aviation professionals to make accurate judgments about the risks of flying. Whether it is through its web sites, audio podcasts, online discussions, or published research, AirSafe.com continues to be at the forefront of getting useful aviation safety and security information to the aerospace industry and to the general public.Press Contact: Dr. Todd Curtis Director AirSafe.com, LLC 24 Roy St., #302 Seattle, WA 98109 USA Phone +1 206.300.8727 tcurtis@airsafe.com

09-19-2009 | IT, New Media & Software
AirSafe.com, LLC
AirSafe.com Foundation's Dr. Todd Curtis to Present at Bird Strike North America …
Sep 10, 2009 – Dr. Todd Curtis of the AirSafe.com Foundation will present the paper "Social Media, Bird Strikes, and Aviation Safety Policy" at the 2009 Bird Strike North America Conference in Victoria, Canada the week of 13 September 2009. Dr. Curtis, who created the site AirSafe.com in 1996 and helped to launch the web site of Bird Strike Committee USA at Birdstrike.org in 1999, will demonstrate the potential social media
06-16-2009 | Logistics & Transport
AirSafe.com, LLC
Updates on the Accident Investigation for the Air France Flight 447 Crash near B …
As the investigation into the crash enters its third week, ships, planes, and submarines continue to search the Atlantic Ocean for wreckage, for the bodies of the victims, and especially the black boxes. Since the June 1st crash of an Air France A330 in the Atlantic Ocean near Brazil, Ships,planes, and submarines from Brazil, France, the US, and other countries have searched for clues to the crash in a large area
03-17-2009 | Logistics & Transport
AirSafe.com, LLC
Fixing the Problem That May Have Caused the British Airways 777 Crash
March 17, 2009 - Recent findings from the AAIB accident investigation point to ice buildup in the fuel system as the key factor in the January 2008 crash of a British Airways 777 in London. On March 11th, 2009, the NTSB called for a redesign of the fuel system, and for the affected aircraft to have those changes installed within six months after the redesign is complete. In the January 2008
03-04-2009 | Logistics & Transport
AirSafe.com, LLC
Do Plane Crashes Happen in Threes? - Sometimes, Yes
March 3, 2009 - Do plane crashes happen in three? It may seem like a superstitious belief and not at all scientific, but AirSafe.com creator and leading aviation safety authority Dr. Todd Curtis says that there may be more than a little bit of truth behind that belief. On 25 February 2009, a Turkish Airlines 737 crashed in Amsterdam, killing nine passengers and crew members. This crash also