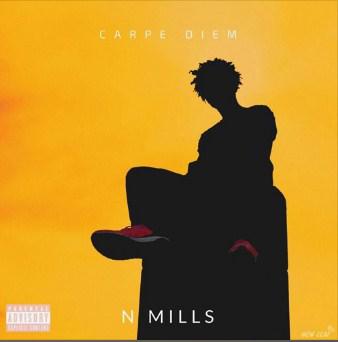 Music – making listeners groove, jump and relax as it is one of the major forms of entertainment. This is one reason why soundcloud is a huge online networking site now. Individuals look for new music to unwind. The incredible artist, Nathan Mills has propelled his hip hop and rap music on soundcloud with his recent melody – "Carpe Diem". It is a great track that urges audiences to eliminate the cynicism and push ahead in life with desire. The rapper, N. Mills sings hip hop and rap under the production label of Base Records. He is a super cool rapper with love in his soul.The 19-year old, N. Mills’ most recent tune is about his struggle in the music industry. He motivates others with his song – "Carpe Diem" which speaks of pushing forward in life and making a move. Nathan Mills would gradually get fantastic success and turn into a major name in the music world.Hip hop and rap music have battled hard to make its mark. In this 21st century, hip hop and rap have turned out to be popular and offers inspiration to everybody. It has cool music that is fused with great verses through rapping. The fans of hip hop and rap music must listen to the mind-blowing artist, Nathan Mills from Canada, who sings under the label name of New Leaf. He has released his new track – "Carpe Diem", which is produced by B Mac. This rapper endeavors to put his music on the world map with amazing tunes.Nathan endeavors to make new achievement with his tune – "Carpe Diem". This melody speaks of the three year old journey of the artist when he was "on the fence" with his life. However, he took the right choice and made music. Fans can interact with him on – Facebook, Instagram and Twitter.To listen this track, please click the following link: https://soundcloud.com/user-102955834/n-mills-carpe-diem-prod-by-b-macWe at Music Promotion Club have helped various artists, musicians, lyricists and many others with Soundcloud Promotion. To promote your music and get an entry into the esteemed music industry, soundcloud promotion is very effective. We manually do all the Promotions via our dedicated team and guarantee you to be able to show results after an week of promotion.Music Promotion Club India West Bengal Kolkata- 700040 5/10 A Netaji Nagar info@musicpromotion.club

You can edit or delete your press release “Carpe Diem” By N. Mills Urges Fans To Seize Opportunities here