Bollywood and Hollywood to Converge at Paris Appreciation Awards 2017 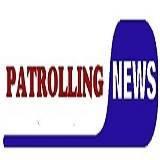 NewsPatrolling.com - If Cannes has become the epitome of world cinematic congregation and celebration of magic realism over the years, watch-out for another location which is going to showcase cinematic expression in a different yet alluring display of Joie de vivre.

The city of Paris, known for high street fashion, romance and style-quotient of a very high degree, will see host to the Paris Appreciation Awards 2017, along with celebrities from Bollywood, Hollywood, France, Germany, Italy, Spain, Netherlands, the Middle East, Canada, etc. adding charm and glamour to the awards proceedings. The titans of world filmdom will call the Eiffel Tower home for a day on July 8th as they bring the bling, star-dust and razzmatazz for a finale the world’s Who’s-Who have been waiting for with bated breath.

Both Bollywood and Hollywood are No. 1 in their own respective categories in world movie-making, with Bollywood known the world over as the largest movie producing machinery and Hollywood which is known to produce the biggest movies in terms of sheer strength in revenue numbers. The Paris Appreciation Awards 2017 will be hosted on top of the iconic Eiffel Tower for an unprecedented first time ever for any awards programme in the world, thus making it a historic moment, which is an initiative of the World News Network. This initiative is being endorsed by Queen Munni Ironie of Arts 4 Peace ​Awards, Beverly Hills, USA.

Our very own Bollywood would have a strong presence. Paris-connected Bollywood renowned Director, Anurag Kashyap would attend the event along with top actors and actresses to be show-stoppers for the top Fashion Designers who would showcase their creations as part of Fashion Shows which will be interspersed with the Awards ceremonies.

Amongst the other well known personalities and opinion-leaders who will add charm to the event from India are Ashish Chauhan, the M.D. and C.E.O. of the Bombay Stock Exchange; Jain Spiritual Guru Naypadmasagarji Maharaj as well as the well-known corporate honcho and philanthropist, Dr. B.K. Modi.

Not only is this a great opportunity for top corporates to align their brands with such a world-event, it would be a huge opportunity for those Indian brands, especially the fashion, jewellery and related brands to showcase in front of the elites of the world and hog maximum limelight as they endeavour to reach global markets. Mukesh Mehta, President, of The Indian Bullion & Jewellery Association (IBJA) is also on board this event as this association is one of the largest of its kind in the world, with more than 20,000 jewellery brand owners from India, adding its bright sparkle and gleam to this high-powered event!

Amongst the categories who are going to be awarded are corporates from the world of luxury-fashion, luxury-jewellery, real estate, healthcare, pharma, education, banking, insurance, automobiles, etc. In India, promotional campaigns for the Paris Appreciation Awards 2017 are to be micro-managed in various cities like Mumbai, Pune, Delhi-NCR, Bengaluru, Chennai, Hyderabad, Vijayawada, Ahmedabad, Surat, Baroda, Indore, Kochi, Chandigarh, Dehradun, Lucknow, Bhubaneswar, Kolkata, etc. Brands from each of these cities would compete in its category with their competitors from India and abroad as they vie for glory and fame on July 8th, 2017.

Top corporates from around the world have already shown a keen interest in aligning their brands with this event in order to support it.

08-21-2007 | Energy & Environment
New Generation BIO
Agency for BIO energetic Fuelsaver
After a successful test with a Peugeot 306 Diesel the BIO energetic Fuel saver save fuel at least from 1.67 KM to 2 KM per Liter Dr. Ancel Farrugia Migneco will found an Agency in Malta for this new kind of bio energetic Fuel saver manufactured by New Generation BIO (N-G) in Austria. Dr. Farrugia is assured this BE Fuel Saver will be a best seller in Malta. Saving fuel
08-02-2007 | Energy & Environment
New Generation BIO
Breakthrough in a new possibility of micromolecular changes
Burgkirchen, AUSTRIA . New Generation BIO (N-G) started marketing on the world market with 13 products in the area of environment, health and wellness. Example for the environmental products are a fuel saver, a tree-rescue stick for 85% death trees and a dry ground stick for cultivation without water in try regions.New projects are started also, a product for friction reduction and a product for sea water

07-12-2017 | Advertising, Media Consulting, …
ReportsWeb
City Travel Briefing: Paris
Paris has been resilient as one of the world's leading tourist destinations despite a host of challenges related to security, accommodation and overcrowding. With a clear focus on reinventing the city for the modern traveller by transforming its infrastructure, culture and attractions, Paris is well placed to compete with emerging cities vying to become the tourist destination of choice. This report outlines Paris's strategy in attracting new (and old) holidaymakers
07-19-2016 | Industry, Real Estate & Constr …
GEW (EC) Limited
Working Without Waste comes to Paris
For their sixth conference, Working Without Waste is heading for Paris. The event takes place on 30 September 2016 at the hotel Mercure Paris La Villette. Jean Poncet, editor in chief of the label and packaging magazine ETI&PACK will host the event and the guest speaker is printing industry specialist and narrow web consultant John Penhallow. Experts from AB Graphic, Avery Dennison, AVT, CERM, Flint, GEW, GSE Dispensing, Lundberg Tech and Martin
03-03-2016 | Fashion, Lifestyle, Trends
AMLD
Paris : Gammas exist
They come from Saturn and land in Paris on the first day of Fashion Week. Already defined the best design 2016, Saturn is the object of desire, not only for members of high society, but also investors from the finance and art. Saturn is a handbag made of platinum, a clutch, which reveals in a cascade of diamonds and precious stones to accompany the ladies in all occasions, and offering advanced technological
04-10-2012 | Leisure, Entertainment, Miscel …
IMAGE UNLIMITED COMMUNICATIONS
April in Paris
WHAT: There’s nothing like April in Paris. The city is awash with the color of cherry blossoms and daffodils, and while there is a slight chill, love is in the air. On Saturday, April 21st, 2012 from 12:00PM to 5:00PM, The Wine ConneXtion, located in North Andover, MA will transport guests to the city of lights with “April
09-08-2011 | Fashion, Lifestyle, Trends
Tresor Paris
Tresor Paris Launches The ‘Les Couleurs’ Collection
With attention turning towards ‘2012’, Tresor Paris has produced the Les Couleurs collection with warmth and friendship in mind. Inspired by 2012, each colourful crystal bracelet represents a ring from the iconic friendship flag. The orange Lever bracelet –is made of 9 handpicked bright orange crystals with 2 magnetite stones. Just as appealing, the Soleil bracelet has a bright warm feel just like the name suggests - made up of 9 yellow
03-03-2011 | IT, New Media & Software
Korrisoft
Pocketoplan Paris FREE Paris City map without roaming charges
22 Feb. 2011 – Rennes (France) Korrisoft, a « Game & Apps » studio announces the availability of its first offline city map application: Pocketoplan Paris. Pocketoplan Paris is available for free on the Apple Application Store for iPhone, iPod & iPad. The easy to use application contains a Paris city map with several zoom levels. With all the information stored on the device, the user can access the map without the
Comments about openPR
Your portal is fast, simple, and easy to use. Others may have more functions but they also demand more editing time, you have to preformat the text in order to achieve a good result etc. I think openPR is really fantastic!
Andreas Knepper, wallmedien AG