Floatwjon is The New R&B Sensation in Soundcloud 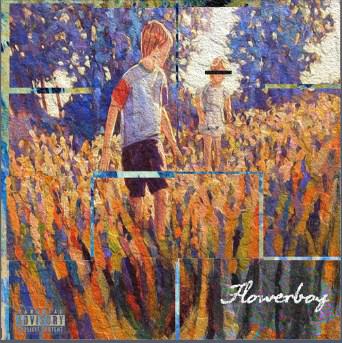 Music is something that can add spark to the dull ambience. Out of several genres hip hop and R&B music are two of the prominent music genres that are known for the vibrant vibes it delivers through the use of perfect music notes and penetrative lyrics. Hip hop music is a dominant art form that delivers some inside truths of the society using fluent jargonic rapping powered by bouncy beats. Rhythm and Blues are loud, yet soulful is enable to evoke unconditional emotions and is one of the most popular music for parties.SoundCloud site is the most favorite site of the music lovers as it is the gala for multi-genre music that can be listened by global music fans. Hip hop music has attained way moiré popularly in this forum with new artists voicing their innovative tracks to the encompassing masses. R&B in the other hand has also gained huge impetus as SoundCloud site host artists from every corner of the map whop excels in this genre. Like every season, an artist whose compositions are going viral in SoundCloud is Jonathan Wilson who is known by the name floatwjon whose debut album Jon, the Flowerboy is loaded with some marvelous R&B music fans will love to listen.Jonathan hails from Kalamazoo, Michigan and has grown up in a music environment. His true inspiration was his mother who always motivated him to have a bright career in music. At this young age his compositions has been labeled as one of the best creations in recent days. Some of his tracks “Want+Need you”, “I Love You”, “Sins v2”, “Deep Inside” and “Why’d you have to go”, “Destiny’s Style” “Come back to me” from his debut album are truly outstanding. Music fans don’t forget to visit his social media pages to support him and enjoy his incredible compositions in SoundCloud.For more tracks of Floatwjon, simply click the given link: https://soundcloud.com/floatwjon/tracksWe at Music Promotion Club have helped various artists, musicians, lyricists and many others with Soundcloud Promotion. To promote your music and get an entry into the esteemed music industry, soundcloud promotion is very effective. We manually do all the Promotions via our dedicated team and guarantee you to be able to show results after an week of promotion.Music Promotion Club India West Bengal Kolkata- 700040 5/10 A Netaji Nagar info@musicpromotion.club

03-02-2021 | Advertising, Media Consulting, …
Music Promotion Club
Promote Your Soundcloud Song to Surface Your Music to New Fans for Excellent Car …
When it comes to getting your music noticed in today’s industry, the power of Soundcloud can never be denied. There’s a whole wave of musicians and budding artists who have achieved success through this incredible platform. But the rules of effective promotion are not known to all. Promote your soundcloud song with Music Promotion Club that has proven itself as an industry expert over the years. Becoming a part of
01-29-2021 | Advertising, Media Consulting, …
Music Promotion Club
Get Organic Online Exposure with the Video Marketing Campaign at Music Promotion …
YouTube is the best platform for performing artists and musicians to promote their works, products, and services to the niche market. But with high competition on the platform, it’s not enough to just upload a quality video. Music Promotion Club is a video marketing website that specializes in organic YouTube video promotion. The company makes special marketing strategies for all clients understanding their individual needs and requirements. They have been
09-23-2020 | Advertising, Media Consulting, …
Music Promotion Club
Accomplish Your Musical Goals with Soundcloud Promotion Services from Music Prom …
Accomplishing in the highly competitive world of today’s music demands a lot more than just quality music. Reputed SoundCloud music promotion company Music Promotion Club offers that desired boost that you direly need in order to achieve your thematic goals. They have been helping independent and budding musicians as well as veterans to promote their music effectively through the network of countless music blogs, social media groups, and websites garnering
08-20-2020 | Advertising, Media Consulting, …
Music Promotion Club
Artist Gets Ample Opportunity to Promote Soundcloud Music through a Marketing Pl …
Companies push for the promotional process by announcing various packages so that the target audience is reached by the musicians and artists. To kick start the procedure and achieve the boost that is essential and effective one can opt for an umpteenth number of packages to fetch an immense pool of followers and the right kind of popularity and recognition it requires. Certain paid services are on offer which provides