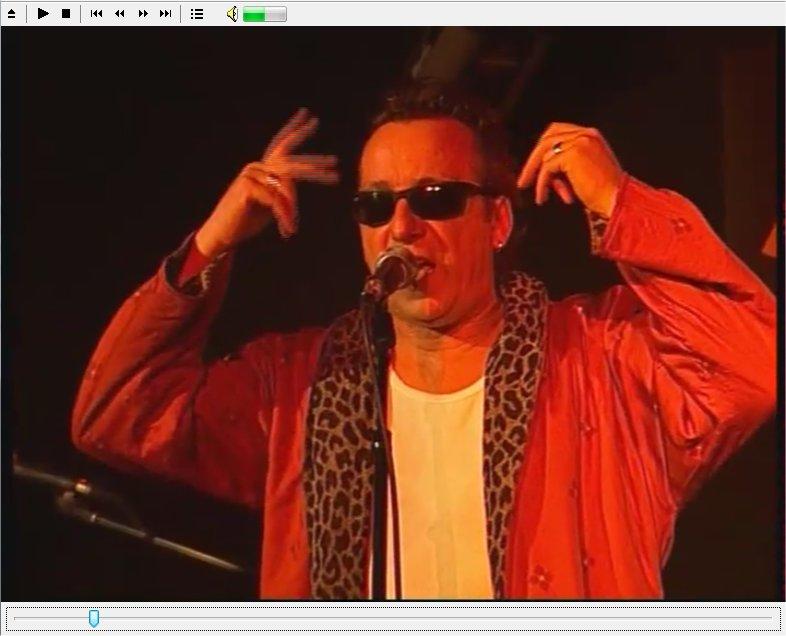 Since yesterday the song RingDingaDing has been promoted with a funny (music) video clip on more than 20 Video platforms worldwide. It tells the story of a Rolling Stone who comes home after a two day party. His wife is upset with him and doesn’t let him back into the house, no matter how often he rings the doorbell. RingDingaDing is the latest track of the new EP “Materialized”, written by Ronny van Dyke and his band “The Burning Heroes”. It’s available for download at all major music portals. Ronny van Dyke is published by Kingsdeal Music and distributed by Tunecore, New York.http://www.youtube.com/watch?v=untrYlDLwOkhttp://www.ronny-van-dyke.comhttp://www.myspace.com/ronnyvandykeThe Video Campaign is supported by shooting and cutting of Telefilm GmbH http://www.telefilm.de and with distribution and performance control with the new software http://www.videocounter.com by Webeffekt AG, Dinslaken.KingsDeal is a music publisher, founded 1987 and owned by Thomas Hartmann. During the 90´s KingsDeal has delivered a lot of songs as backing music for the German TV-soap "Marienhof". Now Thomas Hartmann concentrates his work on a few artists, mainly on Ronny van Dyke and the burning Heroes. For all kind of promotion as well as the distribution of songs, KingsDeal uses only the internet.KingsDeal Music Thomas Hartmann Schnieglingerstr. 225B 90427 Nürnberg Germany +49 911 709048

09-18-2020 | Energy & Environment
BiU
BiU’s beach litter heroes clean up
A group of litter picking heroes from BiU, UK’s leading energy consultant based on the Fylde Coast, took to St Anne’s beach to voluntarily clean-up - filling dozens of bags of beach waste, and removing plastic pollution, during Keep Britain Tidy’s Clean September Event. The clean-up, organised by BiU in conjunction with Love My Beach and Fylde Council, allowed staff to look after the golden sands of St Annes safely
07-17-2020 | Business, Economy, Finances, B …
Alvia International Sdn Bhd
The Good New Heroes - United States
17 July 2020; While United States of America continues its ongoing war with the invisible enemy, “COVID-19”, Daumier, a Swiss based watch brand, launches this first of its kind campaign to inspire everyone to stand united for those badly affected from the COVID-19 situation. With uncertain times along with the rising national daily infection rate, more uncertainties arise during this period of darkness. This initiative seeks to inspire and
08-09-2017 | Politics, Law & Society
Okwuí Mask Scheme
He for She Heroes Award
Media Contacts: 07940258721 09 August, 2017 FOR IMMEDIATE RELEASE
01-29-2013 | Arts & Culture
Kevin Hickey
Detroit Author Kevin Hickey Releases 'Hidden Thunder', Presents 'Haley's Heroes' …
Kevin Hickey, author of 'Hidden Thunder' is on a mission. Books for kids, teenagers and young adults are released every day. All types and styles of role models are presented to our children - not only in books, but also in movies, television and the media. In the case of 'Hidden Thunder' however, author Kevin Hickey present kids with a different type of role model - mythological heroes. He wants
11-25-2010 | IT, New Media & Software
Onlineprinters GmbH
diedruckerei.de is Partner of the Campaign "Heroes of Colour Wanted"
Neustadt an der Aisch, Germany – Along with the launch of the new video game "Disney Micky Epic", which is a mix of adventure and jump'n'run for Nintendo Wii, an exciting competition starts on November 23, 2010 under the name of "Heroes of Colour Wanted" where www.diedruckerei.de participates as partner with its website. "As a partner of "Heroes of Colour Wanted", we are very much looking forward to this joint
05-07-2010 | Media & Telecommunications
Presseabteilung Taipeh Vertretung
Taiwanese vegetable seller among TIME 100 heroes
“There’s a kind of joy that I can’t express in words. I don’t know where it comes from. But every time I help others, I feel very happy and certainly will sleep well that night. Nothing else makes me feel this way, and words cannot do justice to what a joyful thing it is to help others.” So said vegetable seller Chen Shu-chu, a resident of eastern Taiwan’s Taitung County,
Comments about openPR
We publish our press releases on openPR.de because we like people who are "open" - just like us.
Frank Obels, CEO, INCONET - Informationssysteme, Communication und Netzwerkberatung GmbH