Young Lit Hippys Amazing Tracks in SoundCloud is Worth Listening 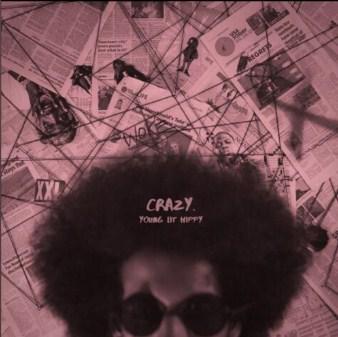 New wave hip hop and rap music immensely differ from old school hip hop and rap music in tone and approach. Hip hop music has given voice to young people for delivering some inner truths of the society. The fact that hip hop music has sometimes given rise to controversies cannot be denied. But today no longer it is regarded as a subversive genre and has made a solid space amongst some of the leading mainstream genres around the globe. Hip hop and rap music is stilling flourishing and unfolding range of innovative styles being introduced by fresh and aspiring stars.While speaking of hip hop and rapping, the music streaming site that has increased the social connectivity of hip hop artists with their fans cannot be overlooked. It is none other than SoundCloud, the site which has seen the transition of small regional artists attaining fame at global forums . Like always, SoundClouds’s catch this season is Mic Mar aka Young Lit Hippy whose new age hip hop and rap music is in no time making a space in the favorite playlist of music enthusiasts.Mic Mar‘s exceptional rap talent is taking his music career to the next level. His optimistic approach towards life and positive energy immensely differentiate from hip hop tracks that are gritty and tuff. Some of his tracks like “Craze”, “Good Morning”, “Bikinis” clearly depict his unparallel rap talent. He has also worked on a dancehall track “4 U” that is loaded with all the essential elements that are required to create some peppy and fun filled ambience. Hip hop fans don’t miss out his shows that always have some rewards in form of everlasting memories. His music video of “good Morning” has gone viral in YouTube. Check out to feel his positive energy and others keep tuning his tracks in SoundCloud. To listen the songs of Young Lit Hippy, visit the given link: https://soundcloud.com/mic-marMusic Promotion Club specializes in artist and music promotions in Soundcloud, geared to promote the full spectrum of all genres of music, like that of – HipHop, Rap, EDM, Pop, Rock, Country, Dubstep, Mixtapes, Dancehall, Alt Rock, Jazz and Blues.Music Promotion ClubIndia West Bengal Kolkata- 700040 5/10 A Netaji Nagarinfo@musicpromotion.club

08-30-2018 | Health & Medicine
NOC ORTHO
Have Hip Pain? See The Total Hip Replacement Guide
Regardless of whether you have just started started investigating treatment choices or have effectively chosen to a hip replacement medical procedure, we hope this data will enable you to comprehend the advantages and disadvantages of total hip replacement surgery. This article depicts how typical hip functions, the reasons for hip pain, what’s in store from with a THR (Total Hip Replacement), and what activities and exercises will help reestablish your
08-14-2018 | Health & Medicine
HIP Replacement Devices Market Report 2018
HIP Replacement Devices Market Report 2018: Segmentation by Product (Product (Pr …
Global HIP Replacement Devices market research report provides company profile for Zimmer Inc. (U.S.), DePuy Synthes (U.S.), Stryker (U.K.), Smith & Nephew (U.K.), B. Braun Melsungen AG (Germany), Corin (U.K.), and Waldemar LINK GmbH & Co. KG (Germany) and Others. This market study includes data about consumer perspective, comprehensive analysis, statistics, market share, company performances (Stocks), historical analysis 2012 to 2017, market forecast 2018 to 2025 in terms of volume,
10-05-2016 | Advertising, Media Consulting, …
Spy Gang Music, LLC.
THE STELLAR HIP-HOP KING IS BACK
THE STELLAR HIP-HOP KING IS BACK Orlando, Florida (October 4, 2016) - Detroit born and bred stellar hip hop artist EVK has announced the release of his latest EP project, “Line of Scrimmage.” Laced with three tracks produced by Germany-based music production team, Harru and couple other producers, EVK’s new EP is a collective assembly of mellow hip-hop, hardcore bass line, and catchy hooks. “Line of Scrimmage,” is now available on
05-03-2016 | Health & Medicine
Global QY Research
China Hip Prostheses Industry Report 2016
The recently published report titled China Hip Prostheses Industry 2016 Market Research Report is an in depth study providing complete analysis of the industry for the period 2016 – 2021. It provides complete overview of China Hip Prostheses market considering all the major industry trends, market dynamics and competitive scenario. The China Hip Prostheses Industry Report 2016 is an in depth study analyzing the current state of the China Hip Prostheses
01-29-2013 | Media & Telecommunications
Rap Indie Report
BOSS REGIMENT HIP HOP IS GOING GLOBAL
BOSSREGIMENT is taking the Hip Hop Industry by storm and plans to take their music global. This extraordinary group of talented artists from Houston, TX has been working the underground rap game for years. They are considered the Uncrowned Kings of the Dirty South. Hard work and dedication has paved the way for BOSSREGIMENT to take their music overseas. They have been getting massive airplay, club spins,
01-20-2011 | Politics, Law & Society
Bernstein Liebhard LLP
DePuy Hip Lawsuits Move Forward This Week
DePuy Hip Lawsuits Move Forward This Week The federal court overseeing the DePuy hip replacement lawsuits pending against DePuy Orthopaedics is holding a status conference this week. Numerous federal lawsuits seeking to hold DePuy Orthopaedics responsible for damages suffered by people who were implanted with defective DePuy hips were consolidated before the Honorable David A. Katz of the United States District Court of the Northern District of Ohio. According
Comments about openPR
OpenPR ist the nicest and most clearly laid out PR platform I have seen to this day. The press releases are displayed very nicely and clearly and without any unnecessary frills. The updates are fast and the finished release looks appealing and is clearly legible. Even with 16 years of experience one discovers new things from time to time. Congratulations!
Gabriele Ketterl, Director Marketing & PR, Menads