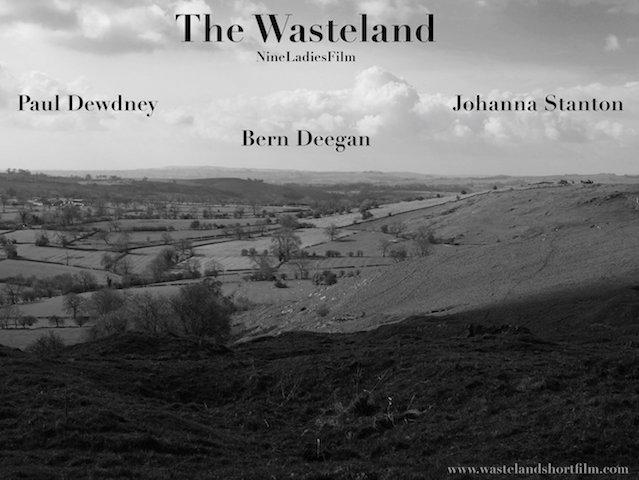 The Wasteland a modern day mystery thriller from Nine Ladies Film, scheduled to be shot in the Derbyshire Dales in July 2017.The story follows the journey of Laurence, a loner, a man with a hidden past, who arrives in a small village on the offer of work from a local farmer Frank. Taking the job of rebuilding a field boundary stonewall, Laurence becomes intrigued with the mysterious figure of Holly, the wife of Frank, whose own troubles, both with depression and possible mental domestic abuse lead Laurence on a new journey , a journey that after time, he wishes he had not begun.The film is written and directed by Stuart Wheeldon who is based in Wirksworth, Derbyshire. Stuart is joined by Nick John Whittle in the producing role.The film stars Paul Dewdney Paul is a British actor born and based in London. In July 2015 Paul won the 'Best Supporting Actor' at the Long Island Film Forum for his role in 'Crossroads' and more recently in 2016 a 'Best Actor' award for the lead role of 'The Inquiry' (2016) at the Burning Reel film festival. He is also up for nomination for Best Actor at the upcoming Nice International Film Festival Johanna Stanton Johanna has just played the lead in the feature film, Injustice, a hard hitting thriller, where she holds a restaurant full of people hostage. She has also just played Ruth Ellis in the docu/drama, Inside, for Channel 5. Next she will be filming the comedy series 'King Of The Gym'. Johanna won three Best Actress awards for the psychological thriller 'Nightmare Box', Pollygrind, Macabre New York and Long Island. The movie is now set for world wide release in 2017 Bern Deegan .Bern is an Irish actor whose experience spans from feature film, award winning short films and touring theatre. Bern plays the lead role of 'Peter Nash' in Big Ideas Films Feature Film 'POINT OF NO RETURN' which also stars Paul Ronan, Don Wycherley and Steven Berkoff. The film was Directed by Kevin Glynn and is currently in post production. Bern appeared in the films In Limbo and The Telephone (Nine Ladies Film) Original music is by Michael Walters, Michael is the Founder and Director at Storm Force Winds. Michael's catalogue of concert music is published globally and he has been fortunate to receive three Royal Premieres (Regius Adventum 2006, Centuries 2010, Viginti 2014). His music has also been broadcast on the BBC Radio 3 Concert Series (Zygonic De/regeneration 2012, Seven Minutes of Contrarian Zygonicity 2013). In 2017, Michael joined the emerging talent roster at acclaimed Film and TV composer agency SMA Talent Ltd. The film will be crowdfunding in May 2017Nine Ladies Film is an award winning film production company based in the Peak District, Derbyshire, United Kingdom.Nine Ladies Film Stuart Wheeldon 17 Nether Gardens Wirksworth DE4 4DW United Kingdom stuart@nineladiesfilm.com