Cigarettes In The Philippines, 2016 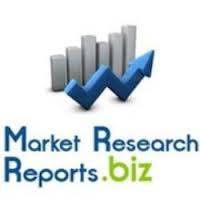 "Cigarettes in the Philippines, 2016" is an analytical report by GlobalData that provides extensive and highly detailed current and future market trends in the the Philippine market. It covers market size and structure along with per capita and overall consumption. Additionally, it focuses on brand data, retail pricing, prospects and forecasts for sales and consumption to 2025.The cigarette market in the Philippines is large despite showing evidence of falling back recently. Although legitimate duty paid consumption was reported down in 2014, this figure is still up by 21.8% on 1990 volumes. However, there have been sharp fluctuations as advance purchases ahead of tax increases in 2005, 2007, 2009, 2011, and 2013 pushed legitimate domestic sales to highs followed by corresponding sharp falls as the trade and consumers used up stocks or turned to the black market. The result was a contraction of 15.6% in duty paid sales in 2013 and a tax-induced fall of 4.6% in 2014.Get Sample Copy Of this Report : http://www.marketresearchreports.biz/sample/sample/1045216Scope- Legitimate per capita consumption peaked in 2004, but had fallen by 2007 before recovering in 2010 before falling in 2011. Data for 2012 puts average consumption at 985 pieces, but this was followed by a fall in 2013 and another decline in 2014. - The prevalence of smuggled and counterfeit supplies increased in 2005 and 2006, although they have fallen a little since. They are currently rising in the face of tax hikes. - The smoking population in the Philippines is large, with an estimated 29.8% of the adult population in 2014. - Filtered products account for 97.5% of the cigarette market, the balance being mainly native, dark, non-filtered cigarettes.Reasons to buy- Get a detailed understanding of consumption to align your sales and marketing efforts with the latest trends in the market. - Identify the areas of growth and opportunities, which will aid effective marketing planning. - The differing growth rates in regional product sales drive fundamental shifts in the market. - This report provides detailed, authoritative data on these changes - prime intelligence for marketers. - Understand the market dynamics and essential data to benchmark your position and to identify where to compete in the future.MarketResearchReports.biz supports your business intelligence needs with over 100,000 market research reports, company profiles, data books, and regional market data sheets in its repository. Our document database is updated by the hour, which means that you always have access to fresh data spanning over 300 industries and their sub-segments.State Tower 90 State Street, Suite 700 Albany, NY 12207 United StatesToll Free: 866-997-4948 (USA-CANADA)Tel: +1-518-621-2074 E: sales@marketresearchreports.biz

You can edit or delete your press release Cigarettes In The Philippines, 2016 here