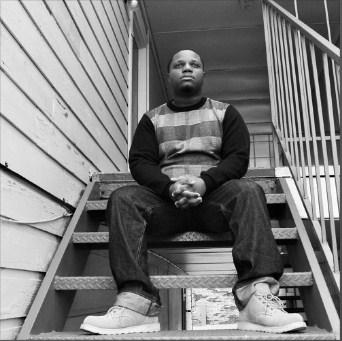 The rising star, Future Da Kid has released some hip hop melodies in soundcloud which are getting high plays count. Lyricist and producer, Future Da Kid aka Vaughn Jackson has struggled a lot throughout his life. Music has been a piece of his life. This new star has got motivation from his dad who used to play as a well known craftsman long back. After losing his mother at an early age, Future Da Kid began taking his melodic profession on a genuine note.

According to Future Da Kid aka The Rap God, music is the main therapy for him. It’s the main outlet to express his thoughts. This singer is looking to sign in some great deals. Some of his best melodic blends are increasing huge number of plays in soundcloud. He is a talented emcee with a great rapping vogue. Each record he puts out turns into a hit in soundcloud. Fans are excitedly waiting for his next releases.

Music is the main place where he can express whatever he feels. At an early age of 7, this rising star, Future Da Kid first launched his music with a DJ known as DJ Will. Over the years he has attended a great amount of shows and parties. His hip hop track "IM A Hustler" incorporates great rhythm-beat blend. Future Da Kid released his first official mixtape back in 2013. This mixtape was titled as "The Takeover". Soon after, he launched "Takeover part 2" which achieved high success on Datpiff.com.

Future Da Kid has contributed much in hip hop music industry. He is a well-established singer with more than 43,000 twitter followers, 25,000 facebook likes, and 3,000 youtube followers. He has been making hardcore hip hop music. Fans are overpowered with his melodic sense. Follow him on twitter, and download and tune in to his music on reverbnation.com.

Music Promotion Club specializes in artist and music promotions in soundcloud, geared to promote the full spectrum of all genres of music, like that of – Hip Hop, Rap, EDM, Pop, Rock, Country, Dubstep, Mixtapes, Dancehall, Alt Rock, Jazz and Blues.

04-30-2019 | IT, New Media & Software
Ident-A-Kid
Ident-A-Kid Becomes a Microsoft Authorized Education Partner
St. Petersburg, FL — April, 30th, 2019 — Ident-A-Kid, today announced it has become a Microsoft Authorized Education Partner (AEP), demonstrating its ability to meet Microsoft academic customers’ evolving needs in today’s dynamic business environment. To earn a Microsoft AEP authorization, partners must complete a test to prove their level of academic licensing and market expertise. The AEP program is designed to train participating resellers on Microsoft’s Academic licensing, authorize them
03-13-2017 | Associations & Organizations
IMAGE UNLIMITED COMMUNICATIONS
Massachusetts Restaurant Day for No Kid Hungry
We’re in danger of losing an entire generation of leaders, innovators and problem-solvers due to childhood hunger. The facts are that 13 million kids struggle with hunger in America, but together we can end childhood hunger. The Massachusetts Restaurant Association is partnering with Share Our Strength and its No Kid Hungry Campaign to help ensure that every child in the United States has access to healthy food where they live,
03-14-2011 | Leisure, Entertainment, Miscel …
Ducksters
Ducksters Announces Kid Books Section
Duckster’s, a web portal and site for kids, today released its Kids Books section of the website. This section is designed as a place for kids to find information on popular kid’s book authors and book series. The Ducksters Kid’s Books section is designed for ages 7-14, although it should be appropriate for anyone interested in reading. Included are top children’s book authors such as Beverly Cleary, J.K. Rowing, Rick Riordan,
02-02-2011 | Media & Telecommunications
http://www.globworld.com
New Kid Friendly Website to Prevent Cyberbullying
The sad truth: - 42% of kids have been victims of cyberbullying - 58% of victimized kids have not told their parents about their cyberbullying experiences - Girls are twice as likely as boys to be perpetrators or victims of cyberbullying As today’s kids spend more and more time online, they are increasingly exposed to the unique perils of internet bullying. That’s why GlobWorld.com has arrived -- to provide children a “safe, secure place
04-30-2009 | Arts & Culture
FOEM
Boxer Recordings 'Dusty Kid' Remix Contest
FOEM, the netlabel and talent pool, is hosting an international remix contest together with Dusty Kid and the Cologne based label Boxer Recordings. The winning remix will be released on 12" vinyl on Boxer Recordings. The track to be remixed is "Train No. 1", from the EP "Lynchesque", released on Boxer Recordings in February 2009. The contest is running from April 1st 2009 until June 30th 2009 on the FOEM
11-07-2007 | Media & Telecommunications
Media PR Wire
Designstorm's 'Eon Kid' makes a Splash in America
Entire line of Eon Kid toys will hit stores in January. Los Angeles, CA - November 6, 2007 ,The animated series ‘Eon Kid’(also known as Iron Kid’is now the most viewed show among children between the ages of 2 to 11 in open-broadcast on Saturday mornings. The series, originally created by Designstorm Animation Studio in Korea, debuted on September 22 on the Kids’WB! Saturday morning block and reportedly earned a 1.9/8
Comments about openPR
OpenPR is clearly structured and remains true to its principle of confining itself to the essential parts. OpenPR has proven to be a very good and reliable partner to our media agency: Within the shortest time the releases are online and go down well with the media representatives. The success of OpenPR is reflected in the steadily increasing number of press releases. It is good that OpenPR exists!
Ursula Koslik, Director Marketing & PR, F+W Hamburg