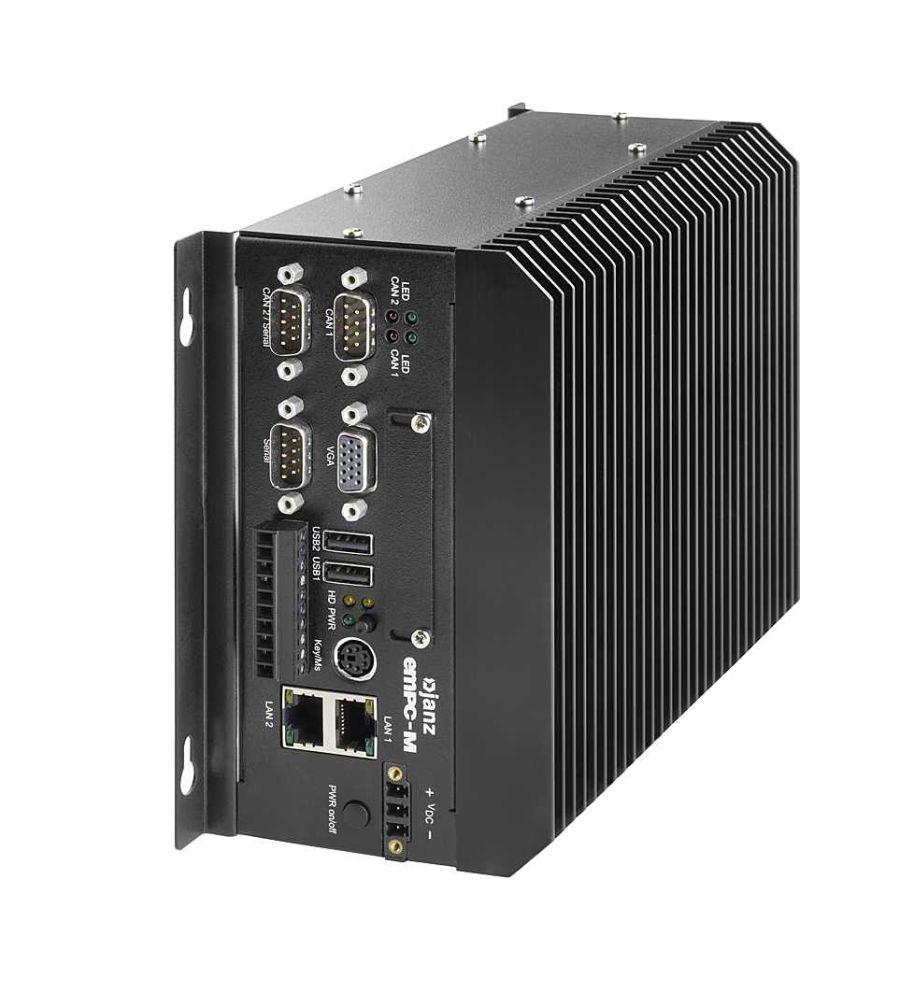 In addition to supporting well-known operating systems like Windows XP, Windows CE, Linux etc. Janz Automationssysteme AG has now commenced RTAI and Xenomai support.RTAI (www.rtai.org) and Xenomai (www.xenomai.org) are real-time Linux extensions. RTAI (RealTime Application Interface for Linux) - lets you write applications with strict timing constraints, whereas Xenomai provides “Skins” for emulating API-requests for different real-time operating systems. For instance, a sample configuration from the emPC-M embedded family is offered with ample Compact Flash capacity (e.g. 4 GB) and includes Debian Etch 4.0 and RTAI. To protect Compact Flash data, certain data fields are sourced to main memory at boot-up.Initially, embedded PCs from the emPC and emVIEW families will have RTAI/Xenomai support. This support will be followed shortly by the most frequently-used CAN-interfaces.Janz Automationssysteme AG Daniela Tüllmann Im Doerener Feld 8 33100 Paderborn Germany phone: +49-5251-1550-0 fax: +49-5251-1550-190 email: mailas@janz.de www.janz.comJanz Automationssysteme AG is a supplier of electronic components for automation. Customers come mainly from the machine design industry. Automation concepts have been realized in all categories of machinery, such as packaging, milling and printing machines; also medical systems and automobile and aircraft test equipment, all designed with components from Janz. “You may not see our name prominently, but our products are currently running in lots of systems in daily use around the world!” says company director Arnulf Lockmann, when asked about the application of Janz products. “The bottle of milk you buy in the store, the LCD television or the electronic traffic sign installed on roadways, the engine in your car - all these systems may be controlled, built or tested within the help of Janz systems and automation components The biggest international market areas of the Janz AS are, beside Germany, Italy, France, Scandinavia and the US.

04-09-2021 | Health & Medicine
Smilz CBD
Smilz CBD Oil Reviews -
Smilz CBD Oil is designed by using generally skilled arrangement specialists of their labs. It is endeavored clinically and offers a wide level of obliging affects. Wealthy in hemp and flavors it is thinking about the entirety, ordinary. It is feasibly usable and slight. The Smilz CBD Oil is wealthy in CBD. It enables our body as the way in the direction of making starts offevolved. It offers with the
11-10-2009 | Industry, Real Estate & Constr …
Physik Instrumente (PI) GmbH & Co. KG
Real-Time Operating System for Systems Integration
The use of real-time operating systems on the host PC allows it to communicate with other system components, e.g. a vision system, without time delays with discrete temporal behavior and high system clock rate. Physik Instrumente (PI), the leading manufacturer of piezoceramic drives and positioning systems, offers a real-time module as an upgrade option for the host PC and also the connection of the GCS (PI General Command Set) software
03-17-2009 | Industry, Real Estate & Constr …
Janz Automationssysteme AG
CoDeSys Embedded Controller
The compact systems emVIEW support CoDeSys, a IEC 61131-3 programming environment, allowing the systems to become even more versatile control systems, with improved display information and monitoring. The controllers are based on ARM and X86 architectures with scalable processor performance from LX 800 up to Core2Duo technology. Enhancing the system architecture, additional communication interfaces such as CAN/CANopen, VGA, Ethernet, USB, RS232 and up to two PCI Slots are available. Naturally, emVIEW PC
08-06-2008 | Industry, Real Estate & Constr …
Janz Automationssysteme AG
emVIEW HMI systems from Janz
emVIEW systems from Janz are now also available with a POWERLINK PCI interface and can thus be used as Managing Nodes for POWERLINK networks. The systems are based on an emPC-A400 embedded PC and emPC-M systems. A sophisticated mechanical design allows for the easy combination of a display (with or without touchscreen) and emPC, thus allowing users to operate emPCs as stand-alone units or with a display.
06-20-2008 | Industry, Real Estate & Constr …
Janz Automationssysteme AG
emVIEW – The HMI family for industrial applications
Already available in 4 display sizes Janz is proud to present the emVIEWTM series - a versatile HMI family for industrial applications. emVIEWTM systems are based on the well-known embedded PC emPC-A400 and emPC-M systems. Display (standard with touchscreen) attach directly to the emPC, but systems with or without display are also possible. 12.1” and 15.0” emVIEWTM systems were realized and exactly meet the needs of the customers, as well as
Comments about openPR
OpenPR ist the nicest and most clearly laid out PR platform I have seen to this day. The press releases are displayed very nicely and clearly and without any unnecessary frills. The updates are fast and the finished release looks appealing and is clearly legible. Even with 16 years of experience one discovers new things from time to time. Congratulations!
Gabriele Ketterl, Director Marketing & PR, Menads