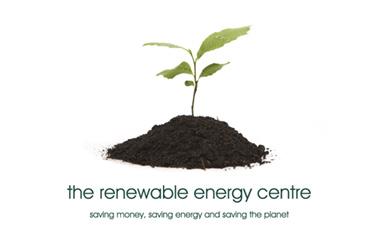 Plans announced yesterday for a study into the feasibility of wind and wave farms off the coast of Northern Ireland and Scotland were heralded as a positive step forward by The Renewable Energy Centre .co.uk Costing 1.6 million and funded mainly by Inter-Reg, an EU (European Union) funded programme, the study will begin later this year. The west coast of Scotland and the North and North East coast of Ireland have a huge potential to harness both wind and wave power. The study will investigate the possibility of establishing a grid infrastructure between the two locations which would allow for an offshore transmission network. This would attract commercial investors and the area could become one of the key supply chains of renewable energy for Scotland and the UK. Scotland has already committed to an ambitious target of sourcing 50% of their energy from renewable sources by 2020 and this study could pave the way to a successful achievement of this goal. Tim Mather, Scotland’s Energy Minister said “To realise the potential of the huge win, wave and tidal resources at our disposal, we need to examine the longer term development of our grid infrastructure. Scotland, we believe has never been in better shape to become the green energy capital of Europe and in turn, a renewables powerhouse” The Renewable Energy Centre said it was a positive move forward for the renewable energy industry and the grid infrastructure. The Centre has already highlighted the issues many investors are experiencing with delays because of grid access and transmission and this study shows that efforts are being made to create a grid network which will support the future of the UK’s energy supply. The Energy Minister for Northern Ireland agreed saying “We have a vast wealth of free natural resources that we can harness to provide ourselves with a clean and sustainable source of energy” The Renewable Energy Centre said that more effort to upgrade and prepare the national grid could not come soon enough and that if the UK was to continue to flourish in the wind, wave and tidal industry improvements needed to be planned and implemented without delay. Richard Simmons Managing Director at The Renewable Energy Centre said “The renewable industry is forging ahead in order to ensure the UK’s future energy supply but as usual our infrastructure is sadly lacking. This has been known for many years and still upgrades and necessary works to support this new industry are hampering projects all over the UK. The Beauly Denny line which would open up the east coast of Scotland has been in planning application since 2005 and is still nowhere near being finalised. Much of the national grid will need to be upgraded in the next 5 to 10 years but at this rate it will seriously affect the progress of the renewable energy industry.” The Renewable Energy Centre stated that the government and Ofgem needed to work together and formulate a strategic and definite plan of development in order to maintain the momentum gathering the renewables industry. It said that now was the time for the government to act and move the UK forward in order to not only achieve its European Union targets but surpass them. More information can be found at http://www.therenewableenergycentre.co.uk For more information: Contact: Angela Gallacher (Head of Press & Marketing) Email: info@therenewableenergycentre.co.uk Address: 1 Alpha House, Farmer Ward Road, Kenilworth, Warwickshire, CV8 2ED Telephone: 01926 865835 The Renewable Energy Centre: Saving Money, Saving Energy and Saving the Planet www.therenewableenergycentre.co.uk The Renewable Energy Centre is committed to informing all online users about energy saving and renewable energy in order to: • increase public awareness through accurate and informative resources • create business opportunities throughout the UK through its’ local and national directories.

03-09-2017 | Advertising, Media Consulting, …
Woodcote Media Ltd
Bioenergy conference comes to Scotland
Edinburgh has been chosen as the host city for this year’s Bioenergy Insight Conference & Expo 4-5 October. According to the European Union’s 2020 objectives, bioenergy is expected to contribute half of the EU’s 20% renewable energy target. EU countries have already agreed on a new renewable energy target of at least 27% of final energy consumption in the EU as a whole by 2030. Bioenergy is expected to form a crucial part of these
09-27-2016 | Business, Economy, Finances, B …
Bizerba (UK) Ltd
BIZERBA ANNOUNCES NEW PARTNERSHIP IN SCOTLAND
Bizerba (UK) Limited has announced that it will be working in Partnership with 2Visualise in Scotland. Bizerba (UK) one of the largest suppliers to Butchers and the meat trade from Slicers, Mincers and Retail Scales has announced a partnership with 2visualise. They will take control and management of all new customers from the Scottish region. 2Visualise the creators of The Butchers APP. Will now become the main supplier to the
08-09-2016 | Arts & Culture
SinoConnexion Ltd.
Television Documentary Weaves Scotland and China Together
A TV entitled “The Scottish Brocade” documentary was released today, ten months after the start of the project that aims to help preserve the ancient intangible cultural heritage that is Nanjing brocade. Nanjing Brocade, like much of the world’s ancient crafts, faces the challenge of raising interest among future generations in the skills required to maintain it. With the aim of safeguarding brocade for the long term, the Nanjing municipal government
03-11-2011 | Leisure, Entertainment, Miscel …
Geoff Selvidge Sales & Marketing Services
Ducati Race Legend Comes to Scotland...
The name Paul Smart may not be familiar to modern day bike-race fans but in 1972, Paul won the prestigious Imola 200 race and put the mighty Ducati factory firmly on the path to future World Superbike success. Although that Imola race was Ducati's first V Twin Superbike success, Paul rates beating Phil Read at the Hutchinson 100 at Brands Hatch shortly afterwards, as a greater achievement. A prolific racer to Grand
01-05-2011 | Fashion, Lifestyle, Trends
Green Recipes
Vegetarian Recipes from Scotland
Recipes from the first vegetarian restaurant in Scotland - Henderson’s of Edinburgh are the focus of Derek Collinson’s new vegetarian recipe blog - www.greenrecipes.biz launched today. Janet Henderson was the inspiration behind Henderson’s almost fifty years ago when she persuaded her husband, ex rugby internationalist James “Mac’ Henderson, to turn his farm into an organic dairy farm. Soon afterwards Henderson’s Salad table as it was known then was born. Henderson’s
11-15-2010 | Politics, Law & Society
lawfordkidd
Personal Injury Experts in Scotland
Around 1.2 million people die in road accidents and 50 million people get injured every year around the globe. If you are injured in an accident, it is always better to hire a personal injury lawyer instead of getting help from a public prosecutor. Lawford Kidd is a leading firm of personal injury solicitors in Scotland. Lawfordkidd have been awarded with the placement in 2009 Chambers Directory in the top
Comments about openPR
OpenPR ist the nicest and most clearly laid out PR platform I have seen to this day. The press releases are displayed very nicely and clearly and without any unnecessary frills. The updates are fast and the finished release looks appealing and is clearly legible. Even with 16 years of experience one discovers new things from time to time. Congratulations!
Gabriele Ketterl, Director Marketing & PR, Menads