The sensational track “#Aii(Remix)” is buzzing on SoundCloud 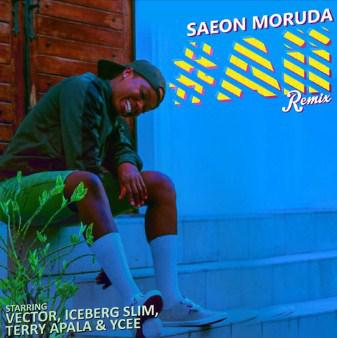 Hip hop since inception has been dominated by the male but the truth that women have also contributed to a large extent in this craft cannot be underestimated. Although commonly male-executives are much glorified in this craft, without women the art would seem dull and lack the charm. Today, there are many hip hop female singers and rappers who are equally successful as male artists and given new look to this genre. One of the new female hip hop rapper who is spreading her aura in the social media is Saeon Moruda. Her latest track “#Aii(remix)” deals with evocative emotional elements and her mesmeric voice will leave the hip hop enthusiasts awestruck.Originally from Oyo State, Moruda spent most of her life in Lagos. She was bold and passionate since her younger days. She was dedicated to music since childhood. Since 2012, she gradually started attaining success. Her debut cover “Ara” was highly appreciated and gave her the initial boost. In 2014, she came up with big hits like “I Am Saeon-The Ep”, “Awada Erekere” and “bust My Brain” which gave her unfathomable fame. She was also nominated several times in the Nigerian Music industry and was witnessing the peak of success.Also famous as “Boy chic” she has customized a new genre for her singing style which she calls “Trap n B” coined from hip hop trap and R&B music. Personally, she is a fitness freak, a fashionista and foodie. She keeps interest in motivational and empowering speaking.This monster remix is able to evoke unconditional emotions and touches vivid subjects from respect to self motivation and peace. It is that track which highlights empowering message that there is nothing under the sun which the women race cannot do. To listen to this enlightening hip hop track, head over to SoundCloud.Please visit here to listen this song of Saeon Moruda : https://soundcloud.com/saeonmoruda/aii-remix-feat-vector-iceberg-slim-terry-apala-yceeMusic Promotion Club specializes in artist and music promotions in soundcloud, geared to promote the full spectrum of all genres of music, like that of – Hip Hop, Rap, EDM, Pop, Rock, Country, Dubstep, Mixtapes, Dancehall, Alt Rock, Jazz and Blues.Music Promotion ClubIndia West Bengal Kolkata- 700040 5/10 A Netaji Nagarinfo@musicpromotion.club