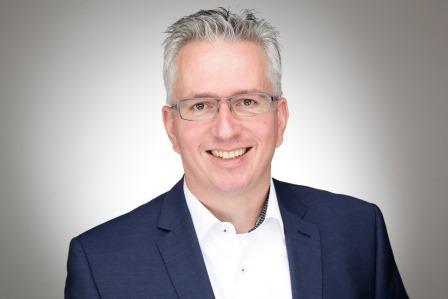 Markus Singethan is the future head of human resources at UTA.

• New head of HR responsible for development in human resources • Acceleration of strategic HR issues such as talent management and employer brandingKleinostheim – 08 March 2017. With Markus Singethan, UNION TANK Eckstein GmbH & Co. KG (UTA) brought a seasoned HR professional on board. As of 15 March 2017, the 47-year-old new head of Human Resources will be responsible for national and international development and personnel work, and he will accelerate talent management and employer branding. In this role, the business economist reports directly to UTA's CEO Volker Huber. He is taking over from Simone Schmucker, who had taken on the role of HR manager temporarily. "In Markus Singethan we have gained a seasoned HR expert with more than 20 years of experience in human resources management; his expertise will help us make crucial developments", says Volker Huber, CEO at UTA. "He not only covers the full range of operational and strategic personnel work, he also has in-depth knowledge of corporate co-determination."Most recently, Singethan worked at FinTech Group AG in Frankfurt am Main, where he had been the head of human resources since the beginning of 2015 and held overall responsibility for all areas of human resources at the group. Prior to that, Singethan, who is originally from Rhineland Palatinate, worked as Director Human Resources Global at Paderborner Systems GmbH, where among other things he was responsible for the restructuring and implementation of the company's international human resources strategy and designed and rolled out a global employee appraisal process. He also worked at the institute for health protection and health management in Bonn – first as a senior consultant and later as managing director. He began his career after completing his degree in business administration as a personnel developer and head of commercial training at Bull AG in Cologne.UNION TANK Eckstein GmbH & Co. KG (UTA) is one of the leading providers of fuel and service cards in Europe. Commercial customers can use the UTA card system to refuel, independent of brand and without cash, at more than 54,000 service stations in 40 European countries and use other en-route services. These include toll invoicing, repair shop services, breakdown and towing services as well as the refund of VAT and fuel tax. The company, which was founded in 1963 by Heinrich Eckstein, will be majority owned by Edenred SA (51 percent). The Eckstein and van Dedem families hold 34 percent, and Daimler AG is another shareholder (15 percent). The company is headquartered in Kleinostheim/Main. Some 400 employees of the UTA group generate annual sales of almost 2.6 billion euros. For the tenth time running, UTA was voted one of the most friendly and customer-oriented service providers in Germany by the consulting company ServiceRating, the Institute for Market-Oriented Management (IMU) in Mannheim, the opinion research institute YouGov and the business newspaper Handelsblatt.UNION TANK Eckstein GmbH & Co. KG, Stefan Horst, Head of Marketing Heinrich-Eckstein-Straße 1, D-63801 Kleinostheim/Main, telephone: +49 6027 509-106 Email: stefan.horst@uta.com