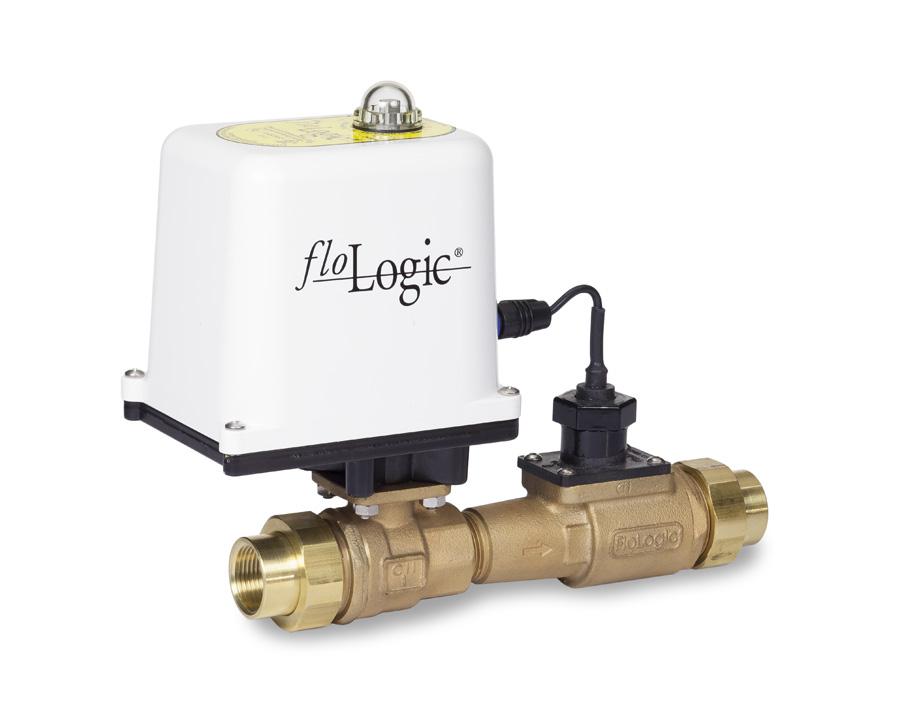 March 6, 2017, Raleigh, NC -- An estimated 12 percent of the water that supplies U.S. houses is wasted on leaks, spilling more than 775 billion gallons of water each year, according to the 2016 Residential End Uses of Water study. March 20-26 is Fix a Leak Week—an EPA-WaterSense awareness initiative—and FloLogic, makers an intelligent leak detection device, urges residents to take pragmatic and technological steps toward fighting the resource waste and financial burden of plumbing leaks. Water’s relative low cost creates a common misperception that leaking fixtures are harmless. In fact, among the more than 23,000 houses that participated in the recent water use study, 10 percent were found to waste at least 90 gallons of water each day with leaks. In most cases, leaks either visibly or stealthily go down the drain, or are absorbed into the ground, without damage to property. These so-perceived benign leaks are most commonly found in plumbing fixtures. But even the smallest leaks add up. A slow, two-drip-per-second leak will produce 77 gallons of water in just one week. “Most homeowners don’t have the awareness or mechanisms to detect leaks,” according to Chuck DeSmet, CEO and Founder of FloLogic, whose FloLogic System features smart leak detection and automatic water shut-off for preventing water damage to property. “But there are common places where leaks often present themselves, where inspections will reveal opportunities to save water. And for homeowners who care to catch every leak in real time, and prevent potentially catastrophic damage, there are innovative detection devices that flag leaks to automatically stop them.” Leaks that don’t go directly into the drain or ground are more troublesome and also common. Leaks from ruptured supply lines or damaged pipes and fittings strike up to eight percent of homes each year, according to a U.S. Housing Study. While these leaks typically get fixed upon discovery to prevent costly damage, when they go undetected, due to out-of-sight location or the resident being off premises, they can immediately ruin property, and create a long-term environment for mold. The total cost of home plumbing leaks is difficult to measure, but DeSmet points to Insurance Information Institute data that confirms more than $10 billion in water loss claims are paid out in the U.S. each year, and suggests the real cost is much higher, without even factoring in excessive water utility bills. “Water is a powerful force and even small drips onto home infrastructures can cause many thousands in damage within a short period of time. While leaks are the second leading contributor of home insurance payouts, our studies indicate more than half of damage-inducing leaks are never reported to insurance.”For Fix a Leak Week, FloLogic urges everyone to consider practical tips to find and stop water leaks: • Check the water bill: A family of four will typically use 12,000 gallons (16 centum cubic feet) per month. Usage in excess of this amount indicates a likely leak. • Check toilets: Warn-out flappers are a primary water waster. Listen for toilets that refill between flushes. Find slow leaks by dropping food coloring in tanks; if the bowl takes color without a flush, there’s a leak. • Check interior faucets: Drips from sink and tub faucets, and showerheads, are easy to spot, but often ignored. Repair or replace warn parts to curb water-wasting drips. • Look outside: Outside hose or irrigation system leaks are often overlooked. Check for drips and moist ground during dry weather to find preventable leaks. • Get leak detection: A flow-based leak detection device, such as that offered from www.flologic.com will detect leaks as small as a drip per second and automatically shut them off. While the primary function of FloLogic is to prevent property damage, it has the added benefit of flagging hidden leaks to save natural resources and money on water bills.About FloLogic, Inc. FloLogic is a technology company whose patented smart water valve enables home and business owners to reduce or eliminate the economic and personal losses associated with plumbing failures and leaks. Plumbing related property damage costs the insurance industry billions of dollars each year and is the single most preventable homeowner claim. While preventing leak damage, the Company is affecting the 12 percent of water that is wasted each year due to plumbing leaks. The FloLogic System is succinctly known as “the circuit breaker for every plumbing system®.” More information can be found at www.flologic.com. About Fix a Leak Week Fix a Leak Week is an annual event first launched in 2009 by WaterSense, a partnership program sponsored by the U.S. Environmental Protection Agency (EPA). WaterSense seeks to protect our water supply through water-saving education and products. The WaterSense label can be found on a variety of plumbing products that meet standards for reducing water waste. Educational materials can be found at https://www3.epa.gov/watersense/our_water/howto.html. About the Residential End Uses of Water Study The Residential End Uses of Water Study was created by the Water Research Foundation and combines data on water use that is collected across 23 study sites, including 23,749 homes. The second volume of the study was published in April 2016 and can be viewed at http://www.waterrf.org/PublicReportLibrary/4309A.pdf. ###FloLogic is the leading manufacturer of plumbing leak detecting smart water valves with automatic water shut off. For more information, visit www.flologic.com7413-130 Six Forks Rd

05-15-2017 | Industry, Real Estate & Constr …
FloLogic
New FloLogic Webinar Helps Plumbing Pros Adopt Leak Control Technology
May 16, 2017, Raleigh, NC – Leak repair calls are a significant part of the plumbing industry, yet leak control sales and installation opportunities are not being recognized by most plumbing contractors. To help the plumbing industry better understand the leak control category, and capitalize on leak control business opportunities, FloLogic has created a free Webinar: Growing Your Business with Leak Control, available in the Trade Pros section of the