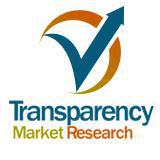 Electronic recycling helps to recover precious metals by ensuring that toxic and hazardous substance are handled properly thereby minimizing the environmental impact associated with mining. Even though recycling of e-waste pose clear benefits, lack of recycling awareness and regulatory infrastructure have resulted to low recycling rate. The global recycling market was valued at USD 9.84 billion in 2012 and is forecast to grow at a CAGR of 23.06% from 2013 to 2019. Implementation of strict recycling regulations, efforts to properly manage electronic waste and technological investments have contributed to the growth of this market. Increasing consumption of electronic devices, growing government concern and numerous initiatives taken by original equipment manufacturers (OEMs) and nonprofit organizations are the major drivers for electronic recycling market. Though e-waste represents less than 4% of the global landfill mass, it contains more than 75% of the environmentally hazardous waste. As electronic equipment are made up of numerous special and precious metals, maintaining circular flow helps to achieve the availability demand. Additionally, privacy protection concerns have further fueled the market growth. Due to cost fluctuations of mined steel, most of the manufacturers adopted closed loop practice. Hence steel was the most recycled material from electronic scrap because steel was heavily used in electronic. Computer was the largest segment among recycled equipment in 2012 and is forecast to maintain its dominance in future. This owes to decrease in average lifecycle of computers because of micro chip development. Additionally, commercial sector were highest contributors to recycling market based on source of equipments. This attributes to infrastructural developments across developing economies. Request A Sample Of This Report: http://www.transparencymarketresearch.com/sample/sample.php?flag=S&rep_id=601Geographically, Europe dominated the e-waste recycling market followed by North America in 2012. The European recycling rate is slightly higher than North America due to efficient approach to recycling guided by two directives; RoHS Restriction of Hazardous Substances Directive and the Waste Electrical and Electronic Equipment (WEEE). Most of the e-waste from developed countries was imported to developing countries such as India, China and Pakistan due to cheap labor and no mandatory recycling regulations. In addition, the amount of e-waste in South Africa is expected to increase eight times in near future. This is because South Africa is extensively serving as dumping ground for e-waste.About TMRTMR is a global market intelligence company providing business information reports and services. The company’s exclusive blend of quantitative forecasting and trend analysis provides forward-looking insight for thousands of decision makers. TMR’s experienced team of analysts, researchers, and consultants use proprietary data sources and various tools and techniques to gather and analyze information.Contact TMR90 State Street, Suite 700 Albany, NY 12207 Tel: +1-518-618-1030 USA - Canada Toll Free: 866-552-3453 Email:sales@transparencymarketresearch.com Website:http://www.transparencymarketresearch.com

You can edit or delete your press release Electronic Recycling Market - Forecast to Grow at a CAGR of 23.06% from 2013 to 2019 here

02-06-2019 | Business, Economy, Finances, B …
The Research Insights
Electronic Voting Machine Market 2019-2025| Top key players: Gaurang Electronic …
This report titled as Electronic Voting Machine Market gives a brief about the comprehensive research and an outline of its growth in the market globally. Electronic voting is voting that uses electronic means to either aid or take care of casting and counting votes. Depending on the particular implementation, e-voting may use standalone electronic voting machines or computers connected to the Internet. It may encompass a range of Internet services,
01-23-2019 | IT, New Media & Software
The Research Insights
Electronic Voting Machine Market 2019-2025| Top key players: Gaurang Electronic …
The Electronic Voting Machine Market requires the prevailing regions in the market during the forecast period. Evidence on the region leading the market are some of the facets that are highlighted under this section of the report. A voting machine is a machine used to register and tabulate votes. The first voting machines were mechanical but it is increasingly more common to use electronic voting machines. Traditionally, a voting machine
05-17-2018 | Advertising, Media Consulting, …
Transparency Market Research
Electronic Recycling Market - Increasing Consumption of Electronic Devices
In a report published recently, Transparency Market Research (TMR) provides insights into the growth drivers and restraints impacting the global electronic recycling market. The report is titled “Electronic Recycling Market - Global Industry Analysis, Size, Share, Growth, Trends and Forecast 2013 - 2019” and is available on the company website for sale. Based on the findings of the survey conducted, the report pegs the global market for electronic recycling market
06-01-2017 | IT, New Media & Software
Persistence Market Research Pvt. Ltd
Electronic Security Market
Electronic security consists of all the systems that use electronic devices and embedded technology to enhance safety measures and protect human life and physical assets. Electronic security systems are also used in business operations to protect confidential business data and to track unauthorised access to business related information and assets. Rise in urbanisation has led to development of smart cities, which has resulted in adoption of security systems as they
03-18-2016 | Advertising, Media Consulting, …
9D Research Group
Global Electronic Pipettes Market 2015, Electronic Pipettes Market Growth, Elect …
9D Research Group has recently announced the addition of new report "Electronic Pipettes Market 2016 - Global Industry Size, Trends, Growth, Share, Opportunities and Forecast by 2020" to their offering. Global Electronic Pipettes Industry 2016 Market Research Report was a professional and depth research report on Global Electronic Pipettes industry that you would know the world's major regional market conditions of Electronic Pipettes industry, the main region including North American, Europe
02-02-2012 | Advertising, Media Consulting, …
User Centric, Inc.
Usability & Electronic Health Records
Recent research on electronic health record (EHR) adoption has reported that among the top barriers to adoption, usability concerns equal those of security, privacy and system-integration. User Centric, a user experience research and design firm based in Chicago, is a thought leader in how to ensure EHRs are evaluated for usability. As part of a free webinar series, Managing Director Robert Schumacher, Ph.D., will present “Usability & Electronic Health Records”
Comments about openPR
OpenPR ist the nicest and most clearly laid out PR platform I have seen to this day. The press releases are displayed very nicely and clearly and without any unnecessary frills. The updates are fast and the finished release looks appealing and is clearly legible. Even with 16 years of experience one discovers new things from time to time. Congratulations!
Gabriele Ketterl, Director Marketing & PR, Menads