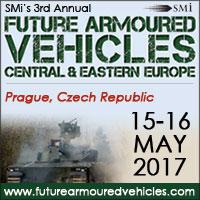 08-03-2020 | Associations & Organizations
SMi Group
Military PNT 2020 Will Now Take Place as a Virtual Conference
With the continued uncertainty surrounding large gatherings in the UK, SMi Group have made the decision to turn the Military PNT Conference on the 19th – 20th October 2020 into a fully interactive virtual meeting. All attendance by military and government will be free of charge and other delegates can join for only £499. Register online at http://www.militarypnt.com/openpr10 This means the conference will go ahead as planned, with the full support
07-21-2020 | Energy & Environment
SMi Group
Energy from Waste 2020 To Discuss the Role of EfW in Reaching Net Zero
The Energy from Waste industry is striving to achieve targets set by the EU, with many countries aiming to be one of the world's first circle economies. This December, the progress of residual waste will be discussed in depth at the 13th annual Energy from Waste conference, which will take place in London on 1st – 2nd December 2020 to explore how market leaders are paving the way for a low
07-20-2020 | Health & Medicine
SMi Group
Exclusive Interview with Matts Ramstorp ahead of SMi’s 2nd Annual Next Generat …
SMi Reports: Interview with Matts Ramstorp, Professor in Cleanroom Technology, BioTekPro, chairing the upcoming SMi’s 2nd Annual Next Generation Pharmaceutical Cleanroom in London on 7 – 8 October 2020. The 2nd Annual Next Generation Pharmaceutical Cleanroom Conference is taking place in London, UK on the 7 and 8 October 2020. SMi are proud to introduce some insightful content from the conference chairman Matts Ramstorp, Professor in Cleanroom Technology, BioTekPro. Matts Ramstorp will
07-20-2020 | Associations & Organizations
SMi Group
BAE Systems and Leonardo Amongst Technical Experts Set to Speak at Future Armour …
SMi Group’s 6th Annual Future Armoured Vehicles Survivability conference will provide a platform for end users, capability development directors and industry experts to share updates and concepts in armoured vehicle modernisation, enhancement of active/passive protection, signature management, vehicle architectures, blast protection and more. With that said, SMi Group are pleased to announce that the three-day event will feature presentations and networking opportunities with key OEMs, including BAE Systems Hägglunds, Leonardo, Pearson

08-04-2017 | Science & Education
education
Study in Bulgaria In English
Over the most recent few years Bulgaria is consistently turning into an interesting area for youthful daring voyagers, Europeans anxious to migrate to a tranquil and inviting state with safeguarded nature, wonderful ocean, captivating mountains and to wrap things up amazingly moderate average cost for basic items. It is stunning how Bulgaria, the most established state in Europe, has figured out how to keep its name and domain for more than
06-08-2017 | Business, Economy, Finances, B …
ReportsWorldwide
Agrochemicals Market in Bulgaria
ReportsWorldwide has announced the addition of a new report title Bulgaria: Agrochemicals: Market Intelligence (2016-2021) to its growing collection of premium market research reports. The report “Bulgaria: Agrochemicals: Market Intelligence (2016-2021)” provides market intelligence on the different market segments, based on type, active ingredient, formulation, crop, and pest. Market size and forecast (2016-2021) has been provided in terms of both, value (000 USD) and volume (000 KG) in the report. A
08-18-2015 | Business, Economy, Finances, B …
Sitel GmbH
Sitel wins Human Resources Award in Bulgaria
National Golden Prize Award “Human Resources” from HR Magazine and Foundation “Human Resources in Bulgaria and EU Integration” for Employee Commitment Dusseldorf / Sofia, June 2015 – Sitel, one of the global leaders of outsourced customer experience management, has been granted the National Golden Prize Award for human resources 2015. By this award, the board of HR Magazine and foundation “Human resources in Bulgaria and EU integration” acknowledged Sitel’s record in
01-29-2013 | Advertising, Media Consulting, …
Bulgaria PR Office
SEO Conference 2013 Bulgaria
On March 22, over 400 people are expected to arrive at the Inter Expo Center Sofia in Bulgaria for the SEO Conference 2013. As noted on the SEO Conference Bulgaria – official site, the event, which will take place from 9 a.m. to 7 p.m., is the country’s main conference that focuses on search engine optimization and marketing. It is also an outstanding meeting place for customers, optimizers and representatives
04-06-2009 | Industry, Real Estate & Constr …
PMR Publications
Construction market in Bulgaria 2009
The economic slowdown, a less substantial inflow of foreign capital, limitations on mortgage lending and a weaker economic climate among construction companies will cause the construction market in Bulgaria to start to decelerate in 2009. Civil engineering, which will continue to grow slightly in 2009, will not fully redress the decline in residential and non-residential construction. After impressive growth between 2005 and 2007, in H2 2008 the construction market in Bulgaria
04-11-2008 | Advertising, Media Consulting, …
CSA Bulgaria PR Office
CSA Bulgaria provides speakers for the Marketing Forum in Bulgaria
Sahar Hashemi and Jay Conrad Levinson will be among the key-note speakers at the Second Marketing Forum in Bulgaria, organized “Capital” business weekly. Both key-note speakers are provided by CSA Celebrity Speakers Bulgaria, who officially opened its Bulgaria office in Nov. 2007 Sofia, Bulgaria – Sahar Hashemi – co-founder of Coffee Republic and Jay Conrad Levinson - the father of Guerilla Marketing will both participate with keynote speeches at
Comments about openPR
I can't but agree to the positive statements about your portal: easy to use, clear layout, very good search function, and quick editing!
Jens O'Brien, Borgmeier Media Communication