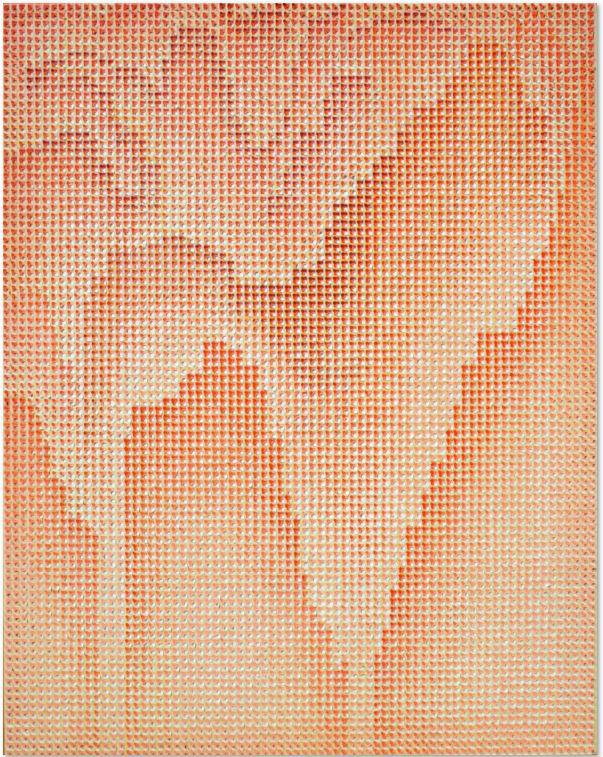 New York, NY. JanKossen Contemporary is pleased to present Building Mountains, Minjung Kim’s first Solo Show in New York, opening on 2 February, 2017 and on view through 11 March, 2017. The work of Kim demonstrates her foundation in the traditional Korean calligraphic arts as well as the influence of mid-20th Century abstract expressionism, both of which celebrate the ability to convey energy and spirit through the manipulation of line and practiced spontaneity. Her artworks make use of small torn pieces of Hanji, a traditional handmade paper from Korea, as well as ink and paint in a sculptural capacity creating the illusion of dimensionality, geometric form, and architectural minimalism.Her work explores the expressive potential of pure material. The tone of her work is often at once contemplative and whimsical, ethereal and scientific. It moves onlookers to consider man’s place in nature and our relationships to each other. She is hesitant to label her work as art -- rather she describes her practice as a “discipline of life,” a meditative process which simultaneously requires her to focus her energy and to clear her mind.Kim obtained her MFA and PhD at Seoul National University. She has been widely exhibited with exhibitions at such prestigious institutions as Danwon Museum of Art, Shangshang Museum of Art, Seoul Art Center, Bunan Museum of Art, Namsong Museum of Art, and Hanwan Museum of Art. She has won countless awards and honors including the 2004 Dong-A Art Prize, 20th Kyungin Great Art Prize, and the 7th Nahyseuk Women Art Prize. She currently lives and works in Korea.JanKossen Contemporary was established in Basel 2009, and focuses primarily on abstract, conceptual art created by both established and mid-career international talents. The gallery is committed to publishing artist's books featuring scholarship by leading contemporary thinkers as well as previously unpublished archival material. Maintaining exhibition spaces in New York, USA and in Venice, Italy (2017), and an office in Basel, Switzerland, while participating in art fairs internationally, JanKossen Contemporary also specializes in private sales in the secondary market with a focus on the work by European, Chinese and American twentieth century and contemporary artists. The gallery also provides advisory and collection management services.JanKossen Contemporary, 529 W. 20th Street, 6th Floor, New York, New York 10011

You can edit or delete your press release Building Mountains here