Walking to Jerusalem Inspires a Poignant Tale of Courage and Peacemaking 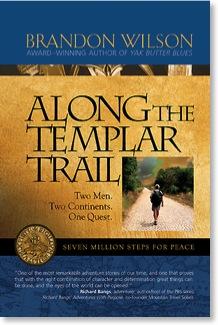 Along the Templar Trail by Brandon Wilson