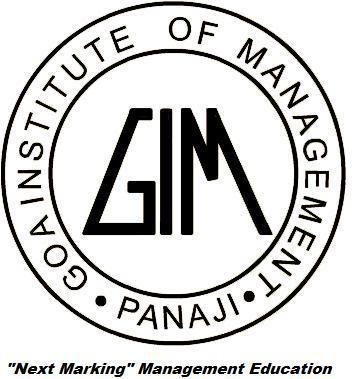 Goa Institute of Management (GIM) is all set to close out yet another strong year of placements for its PGDM students. At the moment, the placements are more or less on par to what they were last year but with the strong pipeline of recruiters who have committed to hiring in January, this year is expected to close stronger than last year. This year has already seen 29 new companies visiting the campus and making offers to the students.Goa Institute of Management Sees Strong Growth in Placements This YearSome of the prominent companies that have hired so far include Deloitte, Cognizant, Arcesium, Asian Paints, Wipro, and Infosys, Hindustan Unilever, Brittania, Reckitt Benckiser. Among the new recruiters this year are Varun Beverages, Grant Thornton, Quest Global and GP Global Worldwide. The Operations domain has also seen strong numbers, with Alstom being one of the notable recruiters.GIM Placement chair, Prof. Umesh Mahtani, speaking on the trend this year said, “IT/ITES and consulting companies have increased the numbers they recruited this year. The representation of companies in the FMCG sector also has been strong. For consulting roles we have had a larger number of companies, notable being Deloitte, EY, GEP Worldwide, Grant Thornton, and Accenture. Around 15-20 more companies are expected in January and we are confident of continuing our track record of 100% placements. We are also expecting the average salaries to be higher than last year.”News-pr.in is a self-made ocean of current news, press release and updates coming from varied nooks and corners of the global society. With the sheer assistance of numerous news suppliers, we serve our readers with hottest news and happenings.C 21 A Anand Vihar, Uttam Nagar New Delhi, Delhi, India 110059

01-24-2019 | IT, New Media & Software
Aegis School of Data Science
Aegis School of Business, Data Science, Cyber Security & Telecom initiative; Gov …
Mumbai, 24 January 2019: Government of Goa to host the 9th edition of the prestigious Aegis Graham Bell Awards (AGBA) 2019 on February 1, 2019 at Entertainment Society of Goa, Panaji. This award is an initiative of Aegis School of Business, Data Science, Cyber Security & Telecommunication and is powered by mUni Campus. Shri. Rohan Khaunte Minister for Revenue, IT, Labour and Employment of Goa, Shri. Ameya Abhyankar Secretary for Information
11-23-2018 | Tourism, Cars, Traffic
ClearHolidays
ClearHolidays Goa Tour Package - 100% Affordable & Economical
The beach capital city of India, Goa provides all tourists from India and the rest of the world probably the most famous destinations for tourist in India. Goa is among the most visited place to enjoy beach parties and nightlife at beach hotels, rooms, hotels, and shacks. This traveller destination is a paradise for newlyweds, party animals, adults, and foreigners who visit this place for observing their vacations. Goa is
03-03-2016 | Media & Telecommunications
Matrix Comsec
Matrix to showcase well-engineered Telecom and Security solutions at DEFEXPO 201 …
Matrix, a leading manufacturer of Telecom and Security solutions, is participating in DEFEXPO 2016, Goa. Matrix will showcase its well-engineered telecom and security solutions specifically designed for the defence sector. “DEFEXPO 2016 is a great platform for promoting products and services designed for Defence, Aviation, Aerospace and Homeland Security Solutions. We are looking forward to meeting key personnel to share our insights with and explain our innovative solutions” added Akshay Sheth,
11-26-2011 | Industry, Real Estate & Constr …
BharatEstates
Bharatestates.com Launching Its Services In Goa
Bharatestates.com provides real estate listing free of cost to its users. One can post property for sale or for rent on bharatestates.com FREE OF COST without having to pay any type of brokerage or fee. And for those who are planning to purchase a property, they can do so without the brokerage paid to any agencies. By using Bharatestates.com services, you can eliminate the middle men by not paying
05-31-2011 | Media & Telecommunications
Clay Telecom
Clay Telecom opens New Offices in GOA and Jaipur
New Delhi, India, May 30, 2011: One of the leading players of the Indian Telecom Industry offering best International SIM Cards, Clay Telecom has announced that it has now opened two new offices in Goa and Jaipur. The company has already got offices in New Delhi, Mumbai, Gurgaon, Bangaluru, Chennai, Hyderabad, Ahmedabad, Pune, and Kutch. As the company is expanding in the country, it needed to open new offices and
02-23-2011 | IT, New Media & Software
xiarch Solution Pvt Ltd
Xiarch sponsors India’s own Defcon – NullCon Goa
New Delhi, India: Xiarch is pleased to announce its association with NullCon, India’s only hacking conference be held at GOA from 25th to 26th feb 2011. On this occasion Kunal kaul, VP- Sales and marketing said "We feel honored to associated with NullCon, this is our way of supporting the budding hacking community" About NullCon: NullCon can be termed as India’s own Defcon / Blackhat . NullCon is an active cyber
Comments about openPR
OpenPR is clearly structured and remains true to its principle of confining itself to the essential parts. OpenPR has proven to be a very good and reliable partner to our media agency: Within the shortest time the releases are online and go down well with the media representatives. The success of OpenPR is reflected in the steadily increasing number of press releases. It is good that OpenPR exists!
Ursula Koslik, Director Marketing & PR, F+W Hamburg